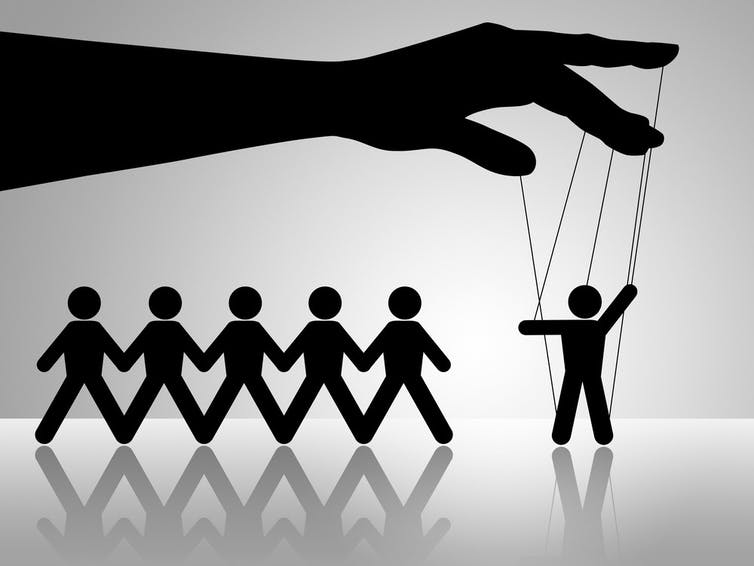 ECONOMYNEXT – Like an angry storm cloud that refuses to go away, the government of President Gotabaya Rajapaksa appears incapable of escaping the anger, anguish and burning questions being raised by the Easter Sunday attacks and the lack of progress over the hunt for the principal conspirators.

The quest for answers runs parallel to protests over economic issues that have been the springing up across the country. They are exacerbated by the quiet but unrelenting pressure exerted by the Catholic Church and human rights activists over the attacks on their churches and the resulting deaths of hundreds of worshippers.

And as we witnessed recently, the mounting pressure seems to have irked President Gotabaya Rajapaksa.

Speaking at the opening of the New Kelani bridge, the Head of State revealed that he is troubled by the continuing questions being raised about the multiple issues the government is facing.

In the past weeks, protests have been intensified by farmers, workers, teachers, and lots of others who voted for this President. In his speech, the President criticized the main opposition Samagi Jana Balavegaya for bringing thousands of protestors to Colombo, saying they were not a “responsible opposition” for ignoring COVID related guidelines. There was no mention however, that police had been deployed at various points to prevent protestors from travelling to Colombo that day.

He also conveniently forgot that a huge crowd attended the unveiling of a gigantic stupa that commemorated the victory of the Armed Forces against the LTTE in Anuradhapura which he and other members of his government were attended. In fact, the unveiling of the Stupa, was criticized by a vocal minority of the Buddhist clergy who said it was un-Buddhistic to celebrate a victory in armed conflict without seeking reconciliation.

President Rajapaksa said that the Presidential Commission of Inquiry into the blasts had faulted the former President, Prime Minister and the Ministers for the Easter attacks. He said that he has handed over all the information to the police and the Attorney General and the “law will take its course. We have to trust them.”

In his speech he also issued a veiled threat to former President Maithripala Sirisena, former Prime Minister Ranil Wickremesinghe and the “entire Cabinet” of the former administration that he could use the two-third’s majority he commands in Parliament to deprive them of their civic rights over this issue.

That threat strains the fragile relations between the ruling Sri Lanka PodujanaPeramuna and its main ally, the Sri Lanka Freedom Party.

A day or two later, Sirisena, the Leader of the Sri Lanka Freedom Party, fired back in Parliament. Participating in the Budget debate when the topic of allocations for the Office of the President came up, Sirisena reserved his invective for the agriculture minister Mahindananda Aluthgamage, blaming him for the government’s unpopularity. “You made the farmers burn your own effigies,” he said.

In a move reminiscent of the book and film on Chess, the Queen’s Gambit the SLFP leader reminded the ruling coalition it was his party’s 14 Members of Parliament that gives the government the majority that Rajapaksa threatens to use to change the constitution and if needed deprive anyone of their Civic Rights.

Sirisena told Parliament that infighting within coalition governments have repeatedly brought down administrations. He advised the government to look at the issue more critically and intelligently. “Since 1947, governments in this country were established with the support of other parties, and these alliances broke off along the way,” he warned. He said that political events in the past five to six decades has shown that governments have fallen due to coalition partners breaking off. “This government is also a coalition with 11 parties supporting it,” he reminded everyone.

Though President Rajapaksa says that “all” the information contained in the Inquiry report has been released, Opposition MPs however charge that only one of the 22 volumes of the report have been made public. The government has not explained why the bulk of the report and the recommendations have not been released.

The Easter Sunday attacks was the worst act of terror that the island had faced since the end of the separatist war in 2009. It came from a Muslim extremist group against another minority, the Christians. The terrorists also attacked 3 five-star hotels, dealing a massive blow to the country’s biggest money-spinner, the tourism industry. Some 260 people were killed, many more maimed for life.

For a generation which had grown up during the war, it seemed the horrors of conflict had returned as pictures of the churches and hotels where the blasts took place, on the most joyous day of the Christian religious calendar, and blood splattered bodies flooded social media.

There were multiple effects of that tragedy. First, the anti-Muslim rhetoric fed by racist politicians and nationalists, prior to the attack simply reached a crescendo. The assiduous attacks by the state sponsored racists such as the BoduBalaSena were justified. Banners came up overnight at street corners and outside government building condemning the attacks and sympathising with Christians, a show of support never before seen even when the LTTE ploughed explosive laden vehicles into the Central Bank, for instance, killing nearly a hundred.

Was it all orchestrated?

Until the Easter Sunday attack, in Sri Lanka where tensions between religious groups are not uncommon, rarely, or never have there been issues between Muslims and Christians. Within days of the attack, Gotabaya Rajapaksa declared his candidacy for the Presidency. The campaign was launched with an emphasis that the Yahapalanaya government had neglected National Security and the Easter attacks were the result.

The strikes also served to split the Muslim and Christian votes. After the attacks Catholic voters in particular, till then mostly supporters of the United National Party, overwhelmingly turned to the SLPP. Many Muslims were simply fearful of voting. In the run-up to the election the SLPP candidate Rajapaksa pledged to “bring justice” to the victims of the attacks.

The preferred official line of the Rajapaksa administration about the Easter attacks is the most convenient. Wahhabis Zaharan Hashim was the leader and mastermind, he blew himself up, end of story. The frontline peddler of this theory is the new Director General of the Institute of Security Studies Dr Rohan Guneratne. “There is no conspiracy behind this,” he told interviewers at TV stations Adaderana and Swarnavahini.

What stirred the pot of those who believed otherwise was the statement made by the outgoing Attorney General Dappula de Livera in May this year. In an interview with NewsFirst he said, “there is a Grand Conspiracy with regard to the 2019 April Attacks.” He added that the information provided by “the State Intelligence Service with times, targets, places, method of attacks and other information is clear evidence there was a Grand Conspiracy in place.”

De Livera is among a few officials with access to all the documents, including the full report of the Presidential Commission that investigated the attacks, the Parliamentary select committee reports and the CID investigations. Why the police investigators into the blasts are yet to ask the former AG on what grounds he concluded there was a grand conspiracy, is a question that has gone unanswered.

In summation the questions being asked by those closely watching the issue and the government seems to be avoiding are:

– Why hasn’t the former Attorney General been asked to give a statement to the police about his public declaration that there was a “grand conspiracy” behind the Easter attacks?

– How come DIG Nilantha Jayawardana who was faulted by the Parliamentary Select Committee as well as the PCoI for dereliction of duty been made the state witness in the on-going case charging 25 people with the attacks? He was the first to receive information on the imminent attack, days before it took place and on Easter Sunday morning.

– Who was the State Intelligence Officer who met or contacted the bomber who did not carry out his attack and detonated himself at a guest house in Dehiwela?

– What were the alleged connections that the bombers had with Military Intelligence prior to the attack?

– Who was the intelligence officer said to be responsible for asking an intermediary to convince the Islamic State to claim responsibility for the attacks?

– Who is the officer with the call sign “sonic sonic?”

– Why was the person arrested by the CID, removed by the Military claiming it was “our project?’

– Why were those speaking on behalf of the victims, Fr. Cyril Gamini Fernanado, ShehanMalaka Gamage being before the CID, while others such as Dappula de Livera are left out?

For the Catholic Church, the promise of Justice for the victims is yet to be realised and anguish and consternation is now exploding in anger. Various lobby groups are agitating inside and outside the country for answers.

In a statement, the leading Prelate of Sri Lanka’s Catholics, Malcolm Cardinal Ranjith said the present government “took political advantage of the Easter Sunday attack and promised to reveal within a month those who carried out the attack”. He said, “It is clear from this procedure that after such a long time the government has no interest in finding out the truth about the attack and they are going to cover it up and wash their hands.” He said the country is still insecure and attacks like those of Easter Sunday could take place any time.

“The real killers must be identified, and the country must know the truth. Politicians do not want to end this culture of killing. Extremism is beneficial to them, and they continue their selfish journey through the tears of human suffering,” Cardinal Ranjith added.

His public statement followed a detailed letter the Church wrote to President Rajapaksa asking a number of questions, primarily why the government had not carried out the directives of the Presidential Committee of Inquiry. The Presidential Secretariat did respond through its Legal Officer but did not answer the primary question. Then, according to the Cardinal, in a telephone conversation the President had told him that if he carries out the directives, he would become unpopular.

Of late, Catholics, both lay and clergy have become more outspoken on the issue, questioning the lack of progress of the investigation and asking questions that are inconvenient for the government. The government’s response so far has been to haul these persons, particularly lay activist ShehanMalaka and Fr Cyril Gamini Fernando who has acted as a spokesman for the church on this matter, to the CID for questioning. Another, ChiranthaAmarasinghe who has been challenging the government for answers for several months too has faced harassment.

If the allegations are true that a “Deep State” orchestrated the Easter attacks with the dastardly aim of bringing to power the current President over a pile of bodies, it bodes ill. It is fundamental that that the government of President Rajapaksa, genuinely investigates the issue and reassure the nation, particularly those who lost children, friends and families that he and his government are above board.

If the President has evidence of Sirisena’s involvement in the Easter tragedy, then he must ensure the latter is brought to justice, instead of making oblique threats. The government must also explain why Nilantha Jayawardena, has been made a State witness, and why those who speak for the victims are being harassed.

As it stands, it seems like the government is not interested in bringing relief to the victims, giving credence to charges by critics of a cover up.

Original Caption: Easter Sunday blasts; an issue that the government wants to wish away