War time cases should be prosecuted without ethnic bias 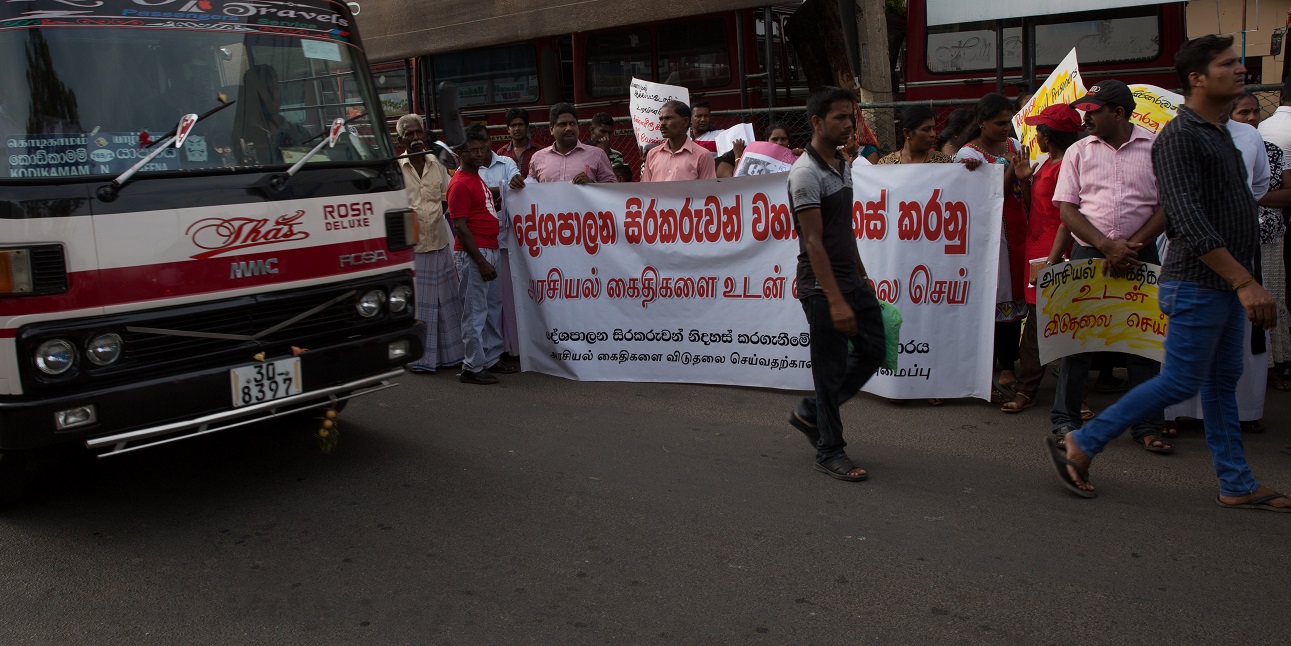 Public protests have been continuing in the North against a decision by the Attorney General’s department to transfer three Prevention of Terrorism (PTA) cases from Vavuniya High Court to Anuradhapura. Students at the University of Jaffna have launched a university-wide boycott of classes until further notice as student leaders are scheduled to discuss future course of protest action. Earlier in the month protests in Jaffna led to the closure of commercial establishments and schools in Jaffna and transport services came to a halt.

The three prisoners in the Anuradhapura prison are reported to have gone on hunger strike and been admitted to the Anuradhapura hospital due to deterioration in their health condition. Among the main demands is that the government should take back the cases to Vavuniya and also take steps to release over a hundred other LTTE suspects being detained under the Prevention of Terrorism Act (PTA) on the grounds that they are political prisoners. In the aftermath of the JVP insurrection in which large numbers of Sinhalese militants were imprisoned, the government took steps to pardon and release them.

The transfer of the cases involving LTTE suspects is that the Sinhalese witnesses feel unsafe in the Vavuniya. However, the transfer from a court in a Tamil majority area to another court in a Sinhalese majority area has implications of ethnic bias. As justice needs to be done, as well as seen to be done, it is important that the governmental authorities should be more sensitive to the ethnic perceptions of justice and be consistent in their practices.

The National Peace Council notes that there needs to be consistency in policy on the transfer of cases and the protection of witnesses. There have been instances when cases against Sri Lankan military personnel have been transferred from Tamil majority areas to Sinhalese majority areas despite possible security risks imposed on the Tamil civilian witnesses. We call on the government to provide security to the witnesses of the three cases so that it can continue to be heard at the Vavuniya High Court.

The National Peace Council also believes that the larger and complex issue of pardon and release of those held for crimes committed for political reasons could be brought within the framework of the UN Human Rights Council resolution on accountability which the government has promised to implement and ensure there is no ethnic bias. Past practices such as the pardoning and release of those involved in the intense violence of the past JVP insurrections needs to be also considered.