War crimes in Sri Lanka have been ignored too long 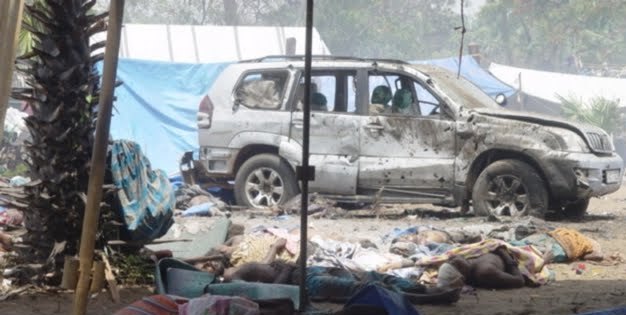 GARETH EVANS / The Australian
ONE of the worst atrocity crime stories of recent decades has barely registered in the world’s collective conscience. We remember and acknowledge the shame of Cambodia, Rwanda, Bosnia and Darfur. We agonise about the failure to halt the atrocities in Syria. But, at least until now, the world has paid almost no attention to war crimes and crimes against humanity comparable in their savagery to any of these: the killing fields of Sri Lanka in 2009.

Three years ago, in the bloody endgame of the Sri Lankan government’s war against the separatist Liberation Tigers of Tamil Eelam, about 300,000 civilians became trapped between the advancing army and the last LTTE fighters in what has been called “the cage”, a tiny strip of land between sea and lagoon in the northeast of the country.

With both sides showing neither restraint nor compassion, at least 10,000 civilians, possibly as many as 40,000, died in the carnage that followed as a result of indiscriminate army shelling, rebel gunfire and denial of food and medical supplies.

The lack of outrage mainly reflects the Sri Lankan government’s success in embedding in the minds of policymakers and public an alternative narrative. What occurred in the cage, according to this narrative, was the long-overdue defeat, by wholly necessary and defensible means, of a murderous terrorist insurrection that had threatened the country’s existence.

The other key reason behind the world’s silence is that the government was relentless in banning independent observers – media, NGOs, or diplomats – from witnessing or reporting on its actions. And this problem was compounded by the timidity of in-country UN officials in communicating such information as they had.

But that narrative is being picked apart in a series of recent publications, notably the report last year of a UN panel of experts, and in two new books: UN official Gordon Weiss’s relentlessly analytical The Cage: The Fight for Sri Lanka & the Last Days of the Tamil Tigers and BBC journalist Frances Harrison’s harrowingly anecdotal Still Counting the Dead: Survivors of Sri Lanka’s Hidden War.

Nobody underplays the LTTE’s contribution to the 2009 savagery but, with the Tigers’ leaders all dead, international attention should be focused on holding the government accountable for its failure to accept its responsibility to protect its own people. For far too long, Rajapaska’s government has been evading accountability with an endless stream of diversionary manoeuvres, denial of physical access, dissimulation, and relentless verbal intimidation of anyone daring to question it.

Real international pressure is at last being placed on the government to explain its actions, most significantly by the much-maligned UN Human Rights Council in Geneva, which will consider Sri Lanka’s response next March. In doing so, it is likely to be armed with a full brief of evidence of war crimes and crimes against humanity being compiled from eyewitness accounts by the Australian-based International Crimes Evidence Project.

One of the most tragic aspects of the story, just now emerging, is the failure of UN officials on the ground to publicise at the time, when it really mattered, credible information that would have undercut the government’s narrative.

Specific estimates of casualties in the combat area were compiled by a UN team in Colombo from early 2009, based on regular radiophone contact with a handful of reliable sources: NGO, medical and local UN Tamil staff still on the ground. The information was incomplete, but it was solid and alarming. However, an institutional decision was taken not to use this information on the grounds that it could not be “verified”.

The real reasons are now emerging. In part, the UN team wanted to keep humanitarian assistance lines open. The team was also subjected to shameless verbal bullying by Sri Lankan officials. The team’s members also knew that Sri Lanka’s government had wide support among UN member states, and that the LTTE had none at all.

But, as the Lakhdar Brahimi panel concluded a decade ago, after reviewing some of the catastrophic failures of peace processes in the 1990s, the responsibility of the UN secretariat must be to tell the UN Security Council what it needs to hear, not what it wants to hear.

An internal review panel studying what went wrong in the UN system’s response to Sri Lanka, commissioned by Secretary-General Ban Ki-moon and headed by the distinguished diplomat Charles Petrie, is due to report to Ban next month. All indications are that it will not be a pretty story. It is crucial that its findings be made public and acted upon.

Selective memory is a defence mechanism with which we are all familiar. But mass-atrocity crimes did happen in Sri Lanka, there was moral default all around, and if we do not learn from this past, we will indeed be condemned to repeat it.

Gareth Evans, former foreign minister of Australia and former president of the International Crisis Group, co-chairs the Global Centre for the Responsibility to Protect. –Project Syndicate