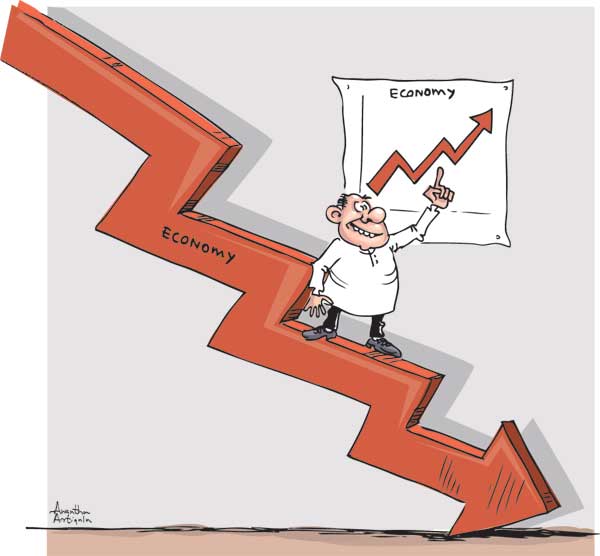 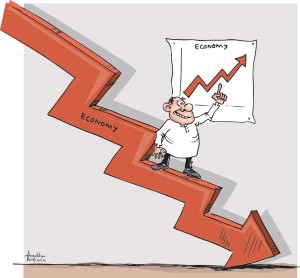 Muttukrishna Sarvananthan
The immediate post-civil war years of 2010 and 2011 in Sri Lanka were trumpeted as record-breaking eight percent or greater annual real growth rate of the Gross Domestic Product (GDP) for two consecutive years including the highest ever economic growth rate of 8.3% recorded in 2011. However, the GDP growth rate in 2012 is unlikely to exceed six percent and the prospect for 2013 is even less. Besides, post-civil war economic growth rates all over the world are always in double-digit and therefore there is nothing to gloat about in the high single-digit growth rate in Sri Lanka in 2010 and 2011.

The critical state of the overall balance-of-payments was indirectly admitted by the Secretary to the Ministry of Finance who has indicated of seeking $1 billion from the International Monetary Fund (IMF) in 2013 “if IMF is willing to provide loans for budgetary support and infrastructure development activities in the country”. I am afraid it is not the mandate of the IMF to provide development financing to member countries; IMF’s sole function is to lend to countries experiencing shortfalls in foreign exchange reserves because of deficit in the (overall) balance-of-payments account or countries unable to service its external debt. The foregoing statement by the Finance Secretary is also an admission of the un-sustainability of the state-driven public infrastructure-led development strategy pursued since the end of the civil war in May 2009, which is yet another expression of the waning of economic euphoria.

The Fitch Ratings in a recent report highlighted the vulnerabilities of the financial sector in Sri Lanka dominated by the state-owned commercial and specialised banks and government interference in the private banks and financial institutions through the purchase of shares by the government and nomination of government appointees to the governing boards of those institutions. The financial sector in Sri Lanka is further destabilised by the unethical and illegal disclosure of bank account details of the Chief Justice thereby prompting relatively richer people including senior bureaucrats and politicians to stash their money overseas.

The domestic sector of the economy is expected to continue to deteriorate as the government will attempt to buy the support of the masses through fresh recruitment and pay rises to the public sector (middle-class) and extravagant subsidies and hand-outs to the rural population in order to contain the widespread discontentment caused by the arbitrary and illegal impeachment of the Chief Justice, which would result in soaring fiscal deficit. Moreover, the crisis of governance caused by the arbitrary and illegal impeachment of the Chief Justice would seriously undermine business confidence within the country and severely restrict the flow of Foreign Direct Investments (FDIs) to the country. No sane foreign investor would invest in a country where the Executive and the Legislature blatantly violates the Constitution of the country which they have taken oath to uphold. This is on top of the enacting of the “Act to provide for the vesting in the government identified underperforming enterprises and under-utilised assets” of 2011 (popularly known as the Expropriation Act). 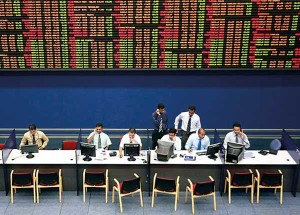 There do not seem to be any prospects of the external sector of the economy bouncing back in 2013 because of the continuing crisis in the major markets for Sri Lanka’s exports (viz. the USA and UK), negative perceptions (in the USA and UK) caused by the serious assault on the rule-of-law in Sri Lanka, and because of the overvalued rupee due to arbitrary interventions by the Central Bank of Sri Lanka in the foreign exchange market. China, for example, undervalues its currency in order to boost its exports. Ironically, in Sri Lanka the rupee is overvalued in order to artificially keep inflation in single-digit (by lowering the costs of imports) and minimise the burden of external debt servicing.

The economic policies pursued in 2013 should ensure that it would not be a repeat of the year 2001 when the economy recorded a negative growth rate for the first time since independence following a year of 6% growth in the previous year 2000.

Muttukrishna Sarvananthan is a Development Economist by profession and the Principal Researcher of the Point Pedro Institute of Development, Point Pedro, Northern Province. He can be contacted at [email protected]