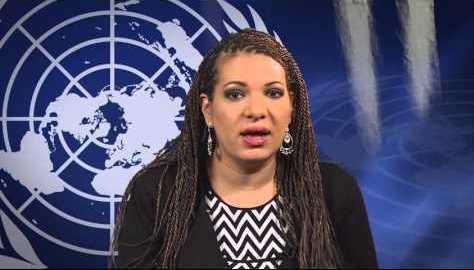 Women’s Action Network (WAN)* welcomes the 20th October 2016 statement by U.N. Special Rapporteur on Minority Issues, Ms. Rita Iszak-Ndiaye, following her ten-day visit to Sri Lanka. The special rapporteur cited the failure of successive governments to address minority grievances and called on the National Unity Government to seize the momentum to protect minority rights, build trust, and promote co-existence. WAN strongly agrees with the special rapporteur that Sri Lanka is at a critical stage, and the government must not lose momentum. Now is the time for the government to take concrete steps to build trust and demonstrate its political will to protect all of Sri Lanka’s communities.

• Inadequate minority participation in decision-making structures. To build trust in governance and transitional justice mechanisms and to foster shared ownership over these institutions, it is critical for minorities’ views to be included in decision-making processes.

• Inadequate institutional protection of minority rights. The Human Rights Commission and other institutions must be strengthened and allowed to act independently to protect minority communities. WAN welcomes the special rapporteur’s call for an Independent Commission on Minorities to specifically monitor laws and policies and encourage programming to promote equal rights. Victim and witness protection measures must also be strengthened to promote engagement with the courts and transitional justice mechanisms.

• Inadequate language access. Tamil and Muslim communities struggle with not being able to use Tamil in speaking to local authorities, judicial officers, police, Army, and hospital staff. This is a key concern as well for the transitional justice mechanisms; there must be sufficient Tamil-speaking staff to build trust and promote engagement.

• Inadequate demilitarization, release of detainees, progress in disappearance investigations, and land return. The government must show its commitment to minority rights by expediting the pace of demilitarization, releasing or charging the remaining security detainees, returning civilian land still held by the armed forces, and transferring civilian powers exercised by the military to civilian authorities. The government should also demonstrate progress in good faith by promptly investigating the disappearance cases currently pending before the courts.
WAN strongly agrees with the special rapporteur’s statement that minority women are a particularly vulnerable group and “often face unique challenges and multiple or intersecting forms of discrimination.”

• For Muslim women, the Muslim Marriage and Divorce Act of 1951 (MMDA) and Quazi courts deny Muslim women their fundamental rights. As Article 16 of the 1978 Constitution allows the discriminatory provisions of the MMDA to remain in effect, it therefore must be repealed. Under the MMDA, Muslim women face child marriage and child pregnancies, unequal divorce procedures, polygamy without conditions, arbitrary compensation practices and unequal treatment by the Quazi courts. These issues are not Muslim issues but rather human rights and child rights issues. The Muslim Personal Law Reform Committee, established in 2009, has yet to produce any report or update the public of its work. As WAN has repeatedly emphasized, cultural and religious rights cannot come at the expense of women’s fundamental rights. Muslim women’s voices must be fully heard in shaping constitutional reforms, and the new constitution must guarantee equal rights for Muslim women and children.

Women’s groups have been making these points for years, and we welcome their inclusion in the special rapporteur’s short statement. We hope the special rapporteur’s detailed report will go further to highlight other specific issues faced by minority women. For example, in connection with language access, despite the establishment of Children and Women’s Bureau desks at local police stations, minority women have reported difficulties communicating with these desks in Tamil. As a result, women who have suffered domestic violence and other violations must not only gather courage to make a complaint, they must do so in an unfamiliar language. The lack of language access doubly affects minority women, leading to a further reluctance in reporting violations.

Failing to consider and address the genuine grievances of minority communities has only divided Sri Lankans. To build trust and promote co-existence in a new Sri Lanka, the government must not lose momentum. As Special Rapporteur Iszak-Ndiaye has stated, minority voices must be heard and protected, and the government must take concrete steps to show its commitment to equal rights for all Sri Lankans. With the focus now on constitutional reforms and designing transitional justice mechanisms, it is critical for the government to ensure full and meaningful participation of minorities, and in particular, minority women.

*WAN is a collective of 8 women’s organizations that are working in the north and east.