Voices from the riot ravaged Digana, Sri Lanka: The importance of inter-ethnic understanding 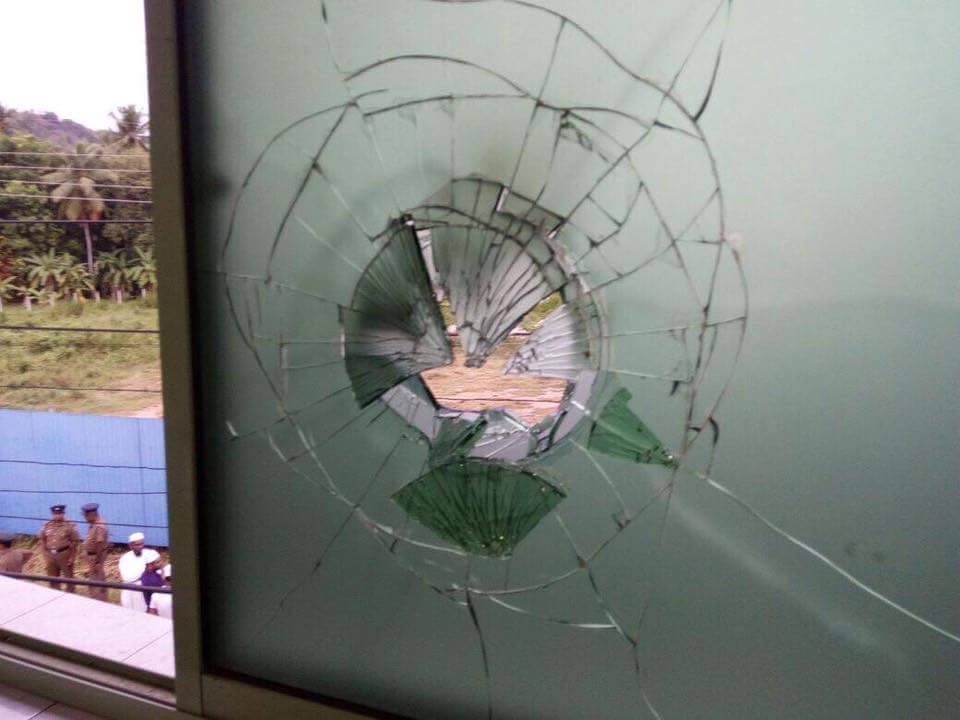 (20 JUNE 2018, INFORM) Since the anti-Muslim violence ravaged Digana and other areas around Kandy in March, INFORM, Human Rights Documentation Centre has been following developments, including through a finding mission, during which the team was able to listen to number of diverse opinions, which included affected Muslims, Sinhalese, opinion makes, clergy, human rights officials and political activists.

Violence against the Muslims in Digana erupted on 5th May 2018, spread like a wild fire for next two days and sporadic incidents took place till 9th May 2018. Although the violence for most part remained within the Kandy district, few anti- Muslim violence were reported from far away districts too.

The anti-Muslim violence in Digana is not an isolated incident.

According to Human Rights Commission of Sri Lanka, in their correspondence to the President and the Prime Minister dated 7th March, 2018, similar incidents occurred during November, 2017 and February, 2018 in Ginotota in Southern Province, Ampara in the Eastern Province, reflect a pattern of violence based on religious hatred1.

All of these three incidents have occurred during a period of four months. Both Kandy incident in March, 2018 and Ginota incident in November, 2017 were escalated after traffic accidents which led to clashes between groups belonging to Muslim and Sinhala ethnicities. The Ampara incident escalated with the accusation that a certain Muslim owned restaurant has added sterilization pills into the food sold to the Sinhalese customers. There was misconceptions being spread for a long time by Sinhala nationalist groups that Muslims add sterilization chemicals into food, underwear, and medical products etc. sold to the Sinhalese.

One week after the incident in Kandy, an NGO working on HIV/AIDS under GFATM (The Global Fund to Fight AIDS, Tuberculosis and Malaria) in Galle District, of Southern Province was accused of using sterilization medicine against the youth. The organization was raided by the villagers, media with the support of Police, and some allies of the organization who came to intervene were physically beaten by the villagers at the presence of media2.

Again one month after the incident in Kandy, in April, there were number of hateful discussions in social media about a Muslim person winning at the traditional Sinhalese – Tamil New Year Prince Competition conducted by a television channel.

The most common factor emerging from our discussions at Digana and areas affected by the communal violence is the lack of mutual understanding among the two main ethnic groups, i.e. Sinhalese and Muslims living in the area. Both sides have their own grievances but very strongly believe that only way forward is the peaceful co-existence based on mutual respect and understanding.

In a clear contrast to the peoples urge for more understanding and remedial measures the government has not taken any substantial steps in this direction after the ethnic violence came to an end. Since the local government election defeat, the government has been embroiled in conflict of two coalition partners, their presence at the grass root level diminishing.

One leading Sinhalese political activist belongs to the ruling party lamented that the government has washed its hands and allowed the police force to manage the situation. He was of the opinion that ruling parties are loosing credibility among the majority Sinhalese community, which in turn polarised the situation further.

In all the areas affected by the violence, political formation led by former president Rajapaksa won the local authority elections held one month before the incidents and seems to be actively behind the Sinhalese mobs who attacked the Muslims. The government’s inaction on bringing both communities to reconciliation platform has made the situation worse and given the ethnic polarisation to a political dimension.

A leading monk of the area, who played a leading role in diffusing the tensions and was able to keep his area violence free, told the INFORM team that child mortality rates are exceptionally high in the villages in the proximity where people buy their groceries from Muslim shops. It seems he too believes the story but no substantial evidence is provided. He warned that if by an accident if Sinhalese find any pill, even anything resembles a pill there will be riots, in the area. While he was emphatically expressing these fears to INFORM team number of villagers too were listening to him. They all were in agreement with the monk on increasing child mortality rate.

This narrative too contribute to the widespread notion that Muslims are hell-bent on reducing Sinhalese and Tamils population, while they keep expanding their population.

But at the same time the Monk said that he will not allow any ethnic violence in the area. He emphasised the need for mutual understanding. Politicians come and go when and incident happens, but there are no fellow up action, he said.

When we inquired from a Muslim person, who was explaining how the mob attacked their mosque in the presence of police, what is the reason in his opinion for the stories of Muslims trying to make other communities infertile, he raised his voice and said “May be it is because they are not able to produce more children, it is their problem, see I have produced 5 children!”

He was angry and feeling let down by the government. The mosque he prayed has been burned. While we were there within the burned Mosque a religious teaching for male children was on going.

Muslims are unanimous on the police inaction to bring the situation under control during the the height of the riot. They refute the story that it only the mobs came from other areas engaged in violence. Number of Muslims told us that they recognised the youth form their vicinity engaging in violence. This too makes the reconciliation between the two communities pivotal.

That the attackers had been waiting for an opportunity to unleash the violence against the Muslims was the opinion of well known Sinhalese political and social activists of the area. They grabbed the incident of death of a Sinhalese, after he was beaten by group of intoxicated Muslim youth. They had mobilised mobs in quick time. Their organising capacity is high, supported by charismatic extremist Buddhist monks. Even the police top brass knew one of the leading extremist Sinhalese personally, so that he could call him on the phone. His wife has told the Human Rights Commission of Sri Lanka that a Deputy Inspector General of Police asked him to come and diffuse the situation. The extremist setup called Mahason Balakaya which mobilised mobs through its face book page to unleash the violence had been known for making death threats against rights activist in Kandy, we were told.

As the Sinhalese expresses their discontent of increasing islamisation of Sri Lankan Muslims, a leading Muslim opinion maker told us that changes taking place within the Sri Lankan Muslim community is a welcome sign of spirituality. In his opinion adopting Arabic black style abaya and face veils by women and the thawb by men shows a higher level of Islamic spirituality. He himself has changed to thawb as his dress. This position in turn may be used to discredit the Muslims who do not adopt Arabic style dresses.

A human rights official told us that although there is video evidence of a monk shouting in a way inciting the Sinhalese, at a higher officer of the Teldeniya police station, the monk has not even been questioned. Number of Muslims too raised the same issue that not a single Monk has been arrested or questioned.

The fact that neither police nor the armed forces were able or willing to contain the anti-Muslim riots and the extremist monks enjoy complete immunity poses a very serious question: in the case of anti-Muslim riots erupting on a larger scale with the backing of large number of Buddhist monks what will be the government response? Will it be able to keep its command over the security forces or will there be a large scale violence against Muslims?

There has not been consistent follow-up of the reconciliation process in the area after the riots and even on a national scale. Seclusion has become norm instead of integration. Misconceptions on and antipathy towards Muslim community remains. Extremist social media campaigns are still ongoing. Anti- Muslim sentiments could easily turn into a volcanic explosion if the far reaching remedial measures are not taken involving all communities living in the country.