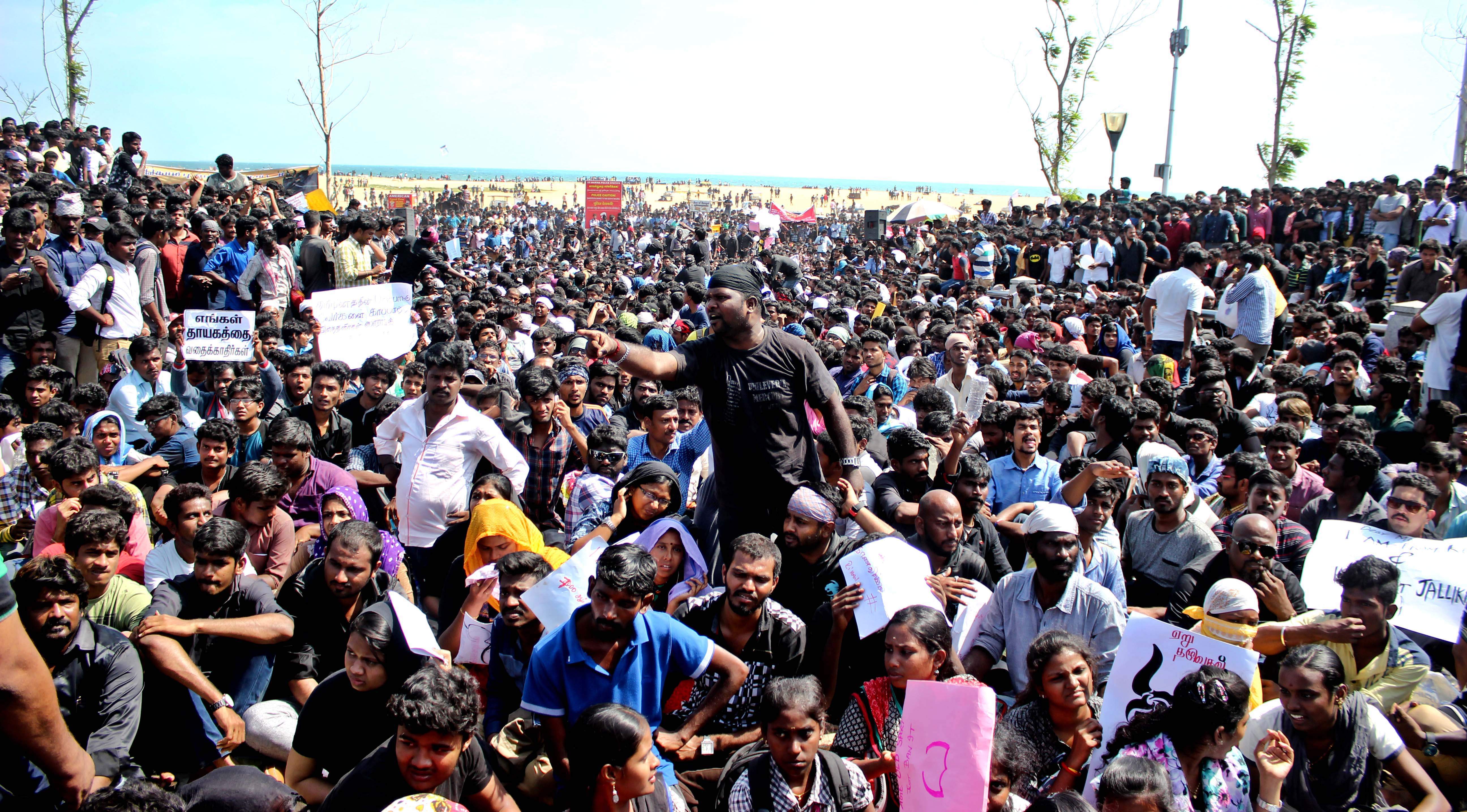 COLOMBO: Sri Lanka’s largest selling Tamil daily Virakesari has, in an editorial on Monday, called for a Jallikattu type non-partisan, peaceful, world-wide mass struggle in support of the Sri Lankan Tamil cause.

Expressing amazement at the way Tamils in Tamil Nadu and abroad spontaneously rose in defense of a cultural right shunning political parties and film stars in the process, the paper said the “Tamil Spring” India saw kindles the hope that the Tamils across the world will unite to uphold the cause of the Sri Lankan Tamils in a similar manner.

Noting that the Jallikattu struggle across the globe achieved victory when the Tamil Nadu government, backed by New Delhi, announced immediate legislation to enable Jallikattu to continue despite a pending court case, Virkesari said that if the people of Tamil Nadu had only united in this way and resolutely and peacefully agitated to get India to stop the war in 2009, so many Sri Lankan Tamils would not have been killed at the time.

Though there were demonstrations in Tamil Nadu in 2009, calling for an immediate end to the hostilities, 26 Tamils committed suicide, and the then Chief Minister M.Karunanidhi observed a day’s fast, the intensity of the agitation was not strong enough for New Delhi to stop the Sri Lankan government from fighting to the finish.

Though leaders of the UK and France came to Sri Lanka post haste to appeal to the government to stop the war, their efforts failed because they did not have India’s backing, the paper said. That India wanted Sri Lanka to finish the Tigers came through clearly in Indian official Shivshankar Menon’s book, the paper notes. That the war could not have been won without India’s support was publicly acknowledged by former Defense Secretary Gotabaya Rajapaksa.

While regretting that there was no mass, world-wide, peaceful and sustained Tamil struggle in favor of a ceasefire in 2009, Virakesari said that the successful Jallikattu movement in Tamil Nadu offers hope that such a movement can be launched in the on-going fight for Sri Lankan Tamils’ rights.