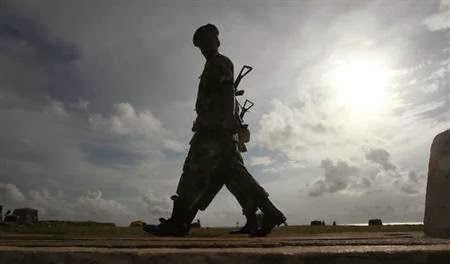 National Peace Council
On International Human Rights Day, December 10, a public protest by families of missing persons in Trincomalee was attacked by goons while the large contingent of police present at the scene remained inactive.   They carried photographs and posters about their missing loved ones and demanded that the government should take steps to provide information about their whereabouts.    Civil Society and democratically elected representatives of the people also participated in the protest.  The goons attacked those participating in the protest and tore their posters, assaulted them, injured them and warned them that they should not carry out protests against the government.
This is a continuation of obstacles placed in the path of those who seek to bring the issue of missing persons to the attention of the world.

The action points once again to government acquiescence in the absence of any reported follow up action against the miscreants.   We also believe that the impunity with which such attacks take place sends a threatening message to the larger society that even peaceful protest on issues of human rights is not tolerated and will be violently suppressed.  This incident sends a mixed and contradictory message about the government’s own commitment to upholding basic rights and the Rule of Law.  It can only serve to further undermine the credibility of the government in respect of its repeated pledges to implement the recommendations of the LLRC according to resolutions of the UN Human Rights Council.

The National Peace Council condemns this attack on peaceful protest which vitiates the rights to peaceful assembly and to freedom of expression.  International treaties that Sri Lanka has signed contain clear enunciations of these rights. The 1966 International Covenant on Civil and Political Rights, especially Articles 18 to 22, refers to the rights of free speech and the right to freedom of assembly. All States are bound to protect them and uphold them.

We find it particularly deplorable in the context of the government’s appointment of a Commission to inquire into missing persons, which makes it evident that an unresolved problem of missing persons continues to exist.   So far the Commission has received 5711 complaints. The Commission has granted an extension to families of those missing to provide information about missing persons until the end of this year.  Chairman of the Commission Maxwell Paranagama has also stated that the Commission is going to recommend that payment of compensation be made to the relatives of the disappeared.  Attacks such as this will undermine the government’s efforts to show that it is serious about implementing the LLRC recommendations and regaining its credibility in the eyes of the world.