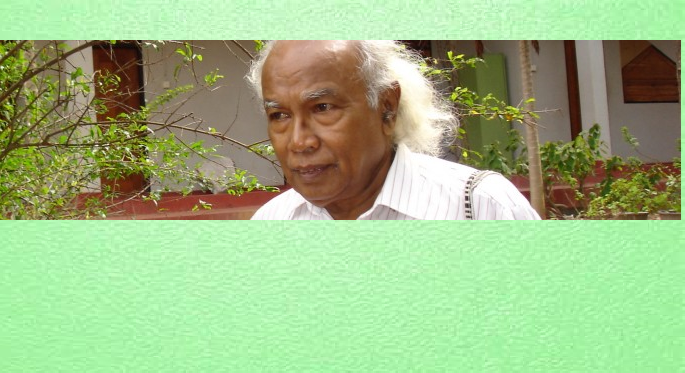 [The late Fr. Tissa Balasuriya, founder of the CSR stood for values of democracy]

As the Provincial Superior of the Oblates of Mary Immaculate (Colombo Province), I wish to express my feelings of deep disappointment and frustration over the deplorable and despicable incident that transpired at the Centre for Society and Religion (CSR), at 281, Deans Road, Colombo 10, on Monday, August 4, 2014. CSR is the social justice arm of the Oblate religious order and has always championed the cause of the poor and the marginalized, whatever be their race or creed. It has fearlessly raised its voice on behalf of the voiceless victims of injustice during more than 40 years of its existence. CSR’s unwavering concern has always been the liberation of the poor and marginalized people and it always remained open to whatever was good and true irrespective of its source. Its discussion forums on vital issues have always been open to diverse views. Freedom of expression has been one of CSR’s hallmarks. Since its inception, the Centre has been an open forum for all ethnic communities and religions, a haven for opinion makers and academicians, and politicians of all hues to express their views and be heard on the most crucial issues affecting the Nation and her people. It was and continues to be a centre for research and a meeting place for both the powerful and the powerless on equal grounds without fear or favour.

The said incident occurred at a workshop organized by the Families of the Disappeared with the intention of listening to and learning the agonies of those whose loved ones had been the victims of involuntary disappearance irrespective of whether they were from the North or the South. It is also worthy of note that this gathering was reserved for invitees only and a number of foreign diplomats were in attendance at this meeting.

The fact that this meeting had been organized at the CSR is of special significance in this instance. The CSR, founded by the late Fr. Tissa Balasuriya, OMI, has earned the respect and recognition of all political parties and all religious denominations as an institution that promoted the values of democracy and for years had stood for the defence of social justice, peace, equality for all citizens in every sphere of life. Even during some of the darkest moments of the Nation’s history, the CSR remained an oasis where a modicum of sanity prevailed.

It is indeed most unfortunate that these time tested values of the CSR were transgressed and its hallowed precincts violated by a group that forced itself into the premises uninvited and instilling fear and intimidation among those participating in a meeting on purely humanitarian grounds. The CSR is an organization that has created democratic space for dialogue among Sri Lankans and non-Sri Lankans as well and such space has often proved beneficial to generate discussion on social, political and economic issues and clear the air of bias and false rumours that may prove detrimental to society in general and to governments in particular. That democratic space has now being sullied by elements that contribute little to demonstrate to the world that Sri Lanka is a land where kindness and compassion are hallmarks of our national identity. We live in a world where humanitarian concerns transcend national boundaries, hence the presence of non-Sri Lankans should not be construed as external interference.

The CSR premises lie contiguous to a place of worship. Trespassing such sacred space by the use of force and unbecoming and destructive behaviour is simply a violation of the Church’s guaranteed fundamental rights and of those who use those premises for humanitarian and peaceful purposes.The CSR has always held in high esteem all religions and those espousing their values and welcomed all organizations working for humanitarian concerns. In this context, those responsible for the CSR strongly condemn the illegal intrusion into its premises and urge, in no uncertain terms, the law enforcement authorities to bring the law of the land to bear on those who have acted contrary to its tenets, irrespective of their social status.

We also appeal to the leaders of the Church and other peace loving organizations to send out a firm call to the powers that be to bring to a halt the blatant violations of the fundamental and civic rights of the citizens of this country.
Very Rev. Fr. Rohan Silva OMI
Provincial Superior,
Oblates of Mary Immaculate (Colombo Province