Video: Official sanction and Police complicity in Politcal violence against TNA in Kilinochchi 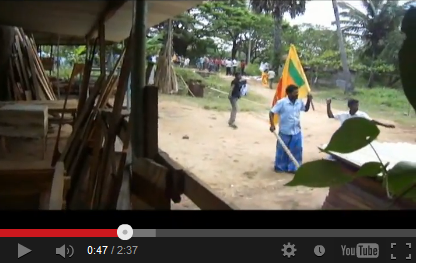 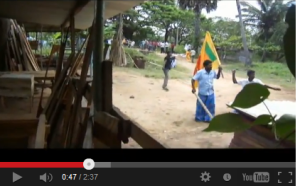 Anarchism in Kilinochchi, with the help of government forces. Alliance allege
Ruthless attacks were carried out yesterday in Kilinochchi with the assistance from government and the state forces was the allegations made by Tamil National Alliance parliament members Mawai Senathiraja and M.A.Sumenthiran.
People’s discussion was held at the Tamil National Alliance office located in Kilinochchi, and this brutal attack occurred, and concerning this, the above statement was made by them.
They said, in broad day light attacks were carried out. Those engaged in this ruthless activity came by the road in a procession and attacked us. But police notified that they did not give permission for this rally.
If it so, how did the procession held bypassing the police station, and with the assistance of traffic police?
“When attacks were carried out against us, police without taking action were watching”. “People caught those engaged in attacks, but police released them”.
This is much visible that this attack was carried out with the support of government and the assistance from state sub-forces.
This clearly establishes who instigates violence, and it is identified now by the people. In the past, similar incidents happened,   said MPs.
Online Uthayan
Share
Facebook
Twitter
WhatsApp
Pinterest
Email