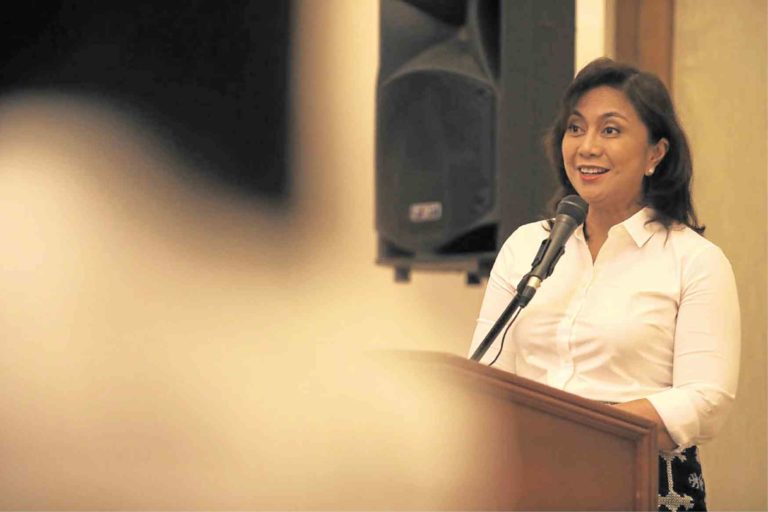 Robredo cited the project to build a new Bicol Express, a rail system connecting Manila and Bicol region, for P175 billion, which would come from a Chinese loan.

Robredo said there should be a better way to finance the project other than through loans from China.

“First of all, it’s debt. Very huge, P171 billion. That’s very huge,” said Robredo, who is a native of Naga. “Our fear is we might get stuck in a debt trap like the one experienced by Sri Lanka,” she said.

According to BBC.com, Sri Lanka had relied so heavily on loans, mostly from China, that 95 percent of all government revenues now go to debt repayment alone.

Many of the projects funded by Chinese loans turned out to be nonprofitable, according to the BBC.com report.

“Of course, if it’s debt, we will be the ones to bear the burden. It should be decided on properly,” Robredo said.

But Robredo said it seemed like economic managers, who had presented financing models for the rail projects, “were no longer looking at any alternative.”

She said she had asked Cesar Chavez, a former dzRH reporter and transportation undersecretary, and Mercedita Sombillo, assistant economic planning secretary, to look at alternatives and “give us what’s the most favorable for all.”

Robredo said that while she was not opposed to China’s role in the “Build, Build, Build” infrastructure plan of President Duterte, concerns had been raised about the profitability of some of the projects.

She said the proposal of three private companies that had expressed interest on the Bicol rail project as a private-public partnership (PPP) was also worth looking at. She did not identify the companies, though.

“Why not look at that?” Robredo said. She said that if the government waited to settle concerns about “profiting” by the private firms, the process “might take longer.”

Mr. Duterte had cozied up to China and Russia after ranting at the United States, the Philippines’ traditional ally, largely as a result of US officials’ criticism of summary killings that became part of Mr. Duterte’s war on drugs.