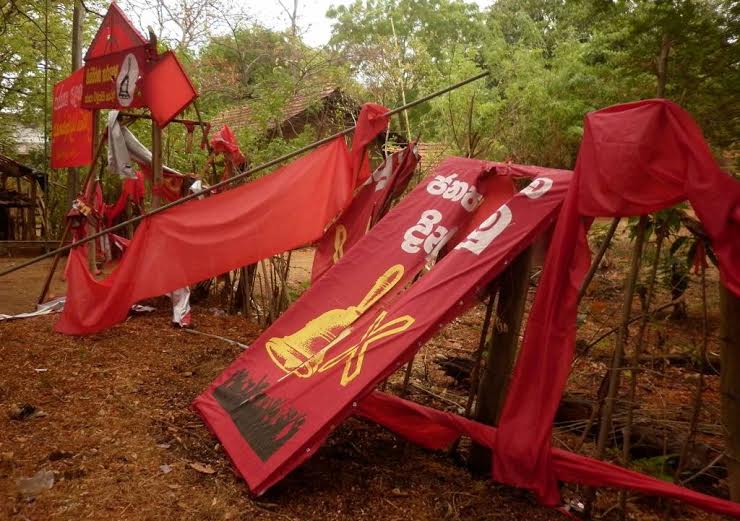 [Dozens of JVP election campaign offices have been destroyed by UPFA gangs]
Campaign for Free and Fair Elections (CaFFE) reported thatfFour university students were attacked and one student was abducted by a group that had come in defender vehicles without number plates. All of them were JVP supporters and university students. The incident had occurred at Maduruketiya in Monaragala on 08th around 6.30 AM.

The university students were at the residence of JVP candidate for Uva PC election in Monaragala. Palliyaguruge Wijesiri had come out to a tube well for their morning ablutions when the group in a Defender vehicle had suddenly arrived and assaulted the students with poles, abducted one student and had abandoned him later after assaulting him severely. He has sustained injuries to his hands and neck.

When the students were attacked by thugs travelling in Defender vehicles police personnel had been present at a check point just 50 meters from the place of the incident. However, they had not taken steps to intercept the vehicles without number plates states CaFFE. There is a heavy police and Army presence in the area as an Army display is to take place there states CaFFE.