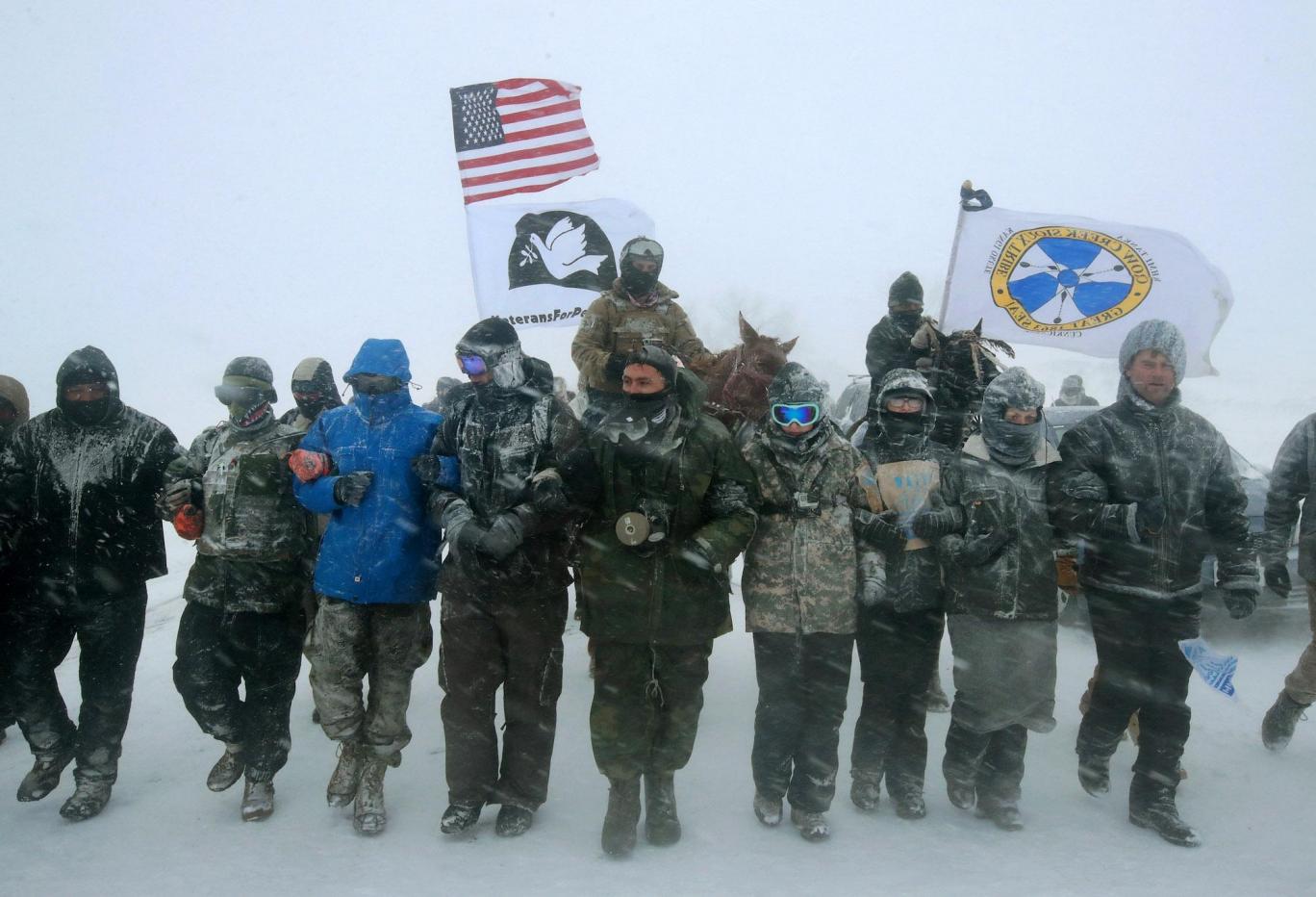 Image:Clashes with police turned violent in December, when around 1,000 veterans formed a human shield between police and ‘water protector’ protesters Getty Images.

‘We’ve stood in the face of fire before. We feel a responsibility to use the skills we have’
Samuel Osborne – @SamuelOsborne93

US army veterans are returning to Standing Rock to protect Dakota Access pipeline protesters amid violent clashes with the police.

Native American activists are camped near the construction site and some hope the veterans could make it harder for police to remove them.

“We are prepared to put our bodies between Native elders and a privatised military force,” air force veteran Elizabeth Williams told The Guardian.

“We’ve stood in the face of fire before. We feel a responsibility to use the skills we have.”
Sioux from Standing Rock claim victory over Dakota Pipeline

Clashes with police turned violent last year as temperatures dropped in winter, when around 1,000 veterans formed a human shield between the police and “water protector” protesters.

Police used water hoses and tear gas, and one canister badly damaged the arm of a female protester.

Hundreds of people were arrested.

Native American protesters vowed they would not back down after Mr Trump signed his executive order, overturning decisions made by Barack Obama to halt the construction of the pipeline.

It is opposed by a Native American tribe fearful of water contamination from potential oil leaks. 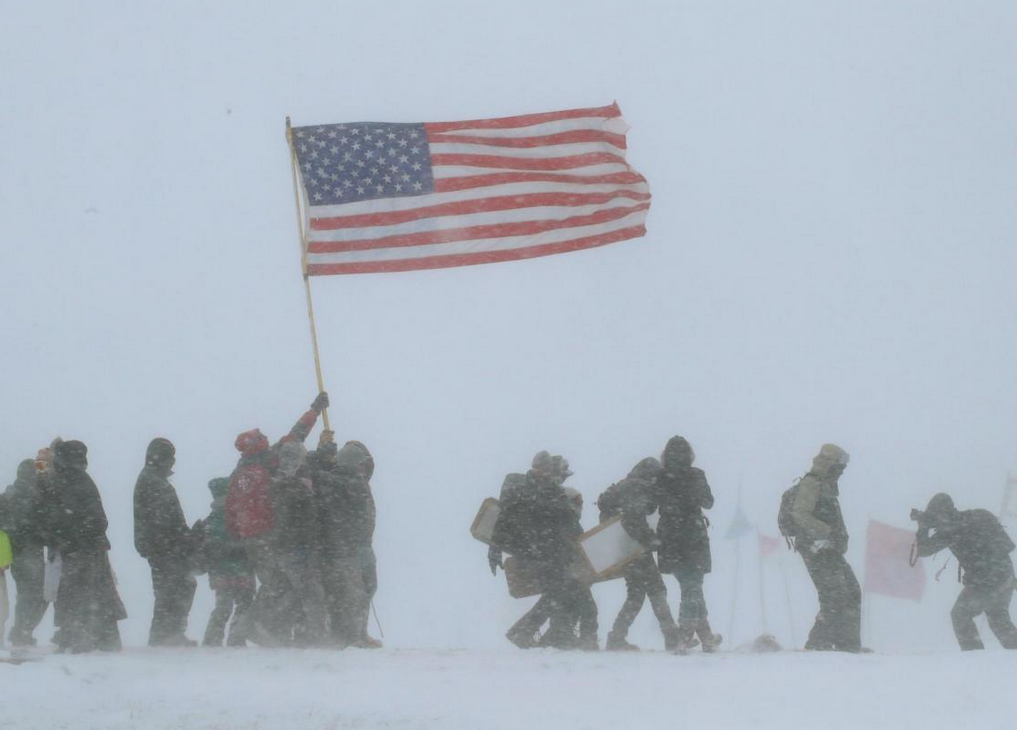 So far, military veteran organisation Veterans Stand has raised more then $200,000 for a renewed campaign effort against the controversial oil pipeline.

The group will use the money to send supplies to the reservation to help protesters and those who will be affected by the construction of the $3.7bn pipeline.