US urges responsible and quick end to Sri Lanka crisis 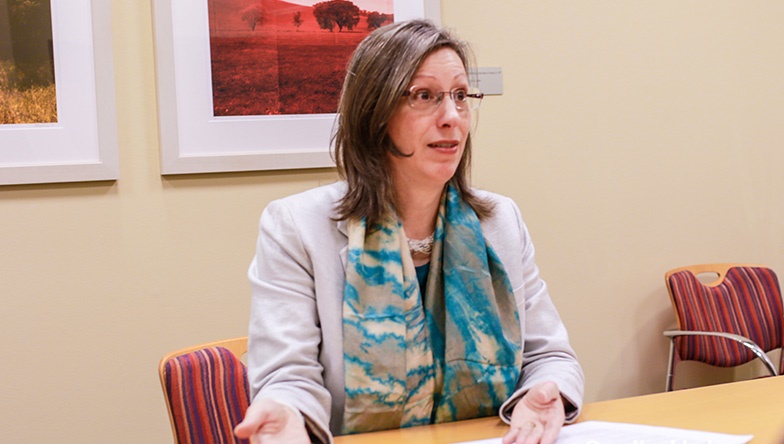 New Ambassador says global trust, confidence and reputation of SL at stake with political impasse causing serious socio-economic consequences.
Points to bigger challenge of how to deal with the aftermath of this crisis.
Admits crisis has impacted bilateral opportunities; finalising Millennium Challenge Corporation’s $ 500 m grant support “paused” .
Expresses hope for a legitimate Government via transparent and democratic process.
Clarifies that US is being transparent about its hopes for SL as partner and friend; is not interfering in internal affairs.
Assures of not preventing polls, will respect if crisis is ultimately resolved through elections.
Commends civil society and private sector for speaking out against crisis.

Stressing that it has no favourites in the contest, the United States this week urged Sri Lankan leaders to resolve the political crisis responsibly and promptly, as it has far reaching socio-economic consequences, apart from damaging global confidence and trust.

“As a friend and partner, we have urged Sri Lanka and its leaders to move promptly to resolve the political crisis in a transparent and democratic way,” newly-appointed US Ambassador to Sri Lanka Alaina Teplitz told the Daily FT, in her first interview with the media.

“We have no dog in this fight. We do not have favourites in this political contest. We are looking at an outcome that respects constitutional processes and transparency and produce a legitimate government,” added Teplitz.

After presenting her credentials to President Sirisena, in recent weeks, Teplitz has met with representatives of all political parties, though not yet formally with either Wickremesinghe or Rajapaksa. She said that during the meetings, she shared frank and candid views and also listened to the concerns of political parties figuring in the crisis.

“We have urged that the people’s elected representatives be allowed to resolve this within the framework of the Constitution. We have called on the political leadership and President Sirisena to responsibly resolve this crisis, so that it is clear there is a legitimate, constitutionally mandated Government running the country, and democratic institutions are fully respected,” emphasised Ambassador Teplitz during the interview.

“Sri Lanka must, and has the opportunity to, restore the political reputation of the nation, which is very important going forward. Challenging politics can diminish that reputation,” she pointed out.

“There are some damaging economic consequences from this crisis.I think there is some damage caused to Sri Lanka’s political and democratic institutions.

We do not have favourites in this political contest. We are looking at an outcome that respects constitutional processes and transparency and produces a legitimate Government

These are things we are concerned about as a partner and friend of Sri Lanka,” she added, noting that the full dimension of the crisis wasn’t clear initially, but of late the country has seen credit ratings downgraded, increased pressure on the currency and Bond rates, and private sector concerns of the fiscal situation have become apparent as well.

Teplitz, who is a career member of the Senior Foreign Service with the rank of Minister Counsellor, and previously served as the US Ambassador to Nepal, pointed out that the political instability sends a risk message to investors, and hence restoring political stability was crucial.

“What is more challenging is, how do you deal with the aftermath of this crisis.It is important to remember that even if it is resolved, there is going to be a period required to restore confidence and trust among Sri Lanka’sdevelopment partners, existing and potential investors,” Ambassador Teplitz emphasised.

Given the serious socio-economic consequences, Teplitz welcomed the growing concerns expressed by civil society and private sector. “I have seen that a number of industry groups including Chambers of Commerce and Industry had come out and said ‘please resolve the political crisis’ as it is harming the business and economy and future opportunities. Political leaders should take the concerns of civil society and businesses onboard and understand that the crisis has impacted well beyond the political realm,” she pointed out.

As the Sri Lankan political crisis is of serious concern, the US has “paused” finalising the Millennium Challenge Corporation (MCC) initiative with Sri Lanka, thereby putting $ 500 million of grant assistance at stake.

“We have paused it as MCC is based on the foundation of respect for the rule of law and good governance. We are waiting to see how the crisis is resolved before we could resume our negotiations and go forward. So there is definitely an impact from the crisis on some of our bilateral opportunities,” Ambassador Teplitz admitted.

However she remained optimistic and hopeful of resolution of the current political impasse. “We are hoping that this crisis is short-lived and something that we can turnaround quickly. We have to do our due diligence to ensure that we make these agreements under the right conditions and expectations, and that we’ve got full faith in one another as partners,” Teplitz added.

Whilst acknowledging that President Sirisena’s dissolution move is being contested in Court, Ambassador Teplitz said the US does not prejudge the outcome but noted: “We are prepared to work with any Government that emerges from this legitimate, transparent and democratic process. Our concern is our friendship with the legitimate Government, broadly speaking,but also with the people, and we are able to move ahead in areas of concern, which includes strengthening the democratic institutions,” she added.

The Ambassador also responded to post-crisis criticism that the US is meddling with internal affairs and also preventing the holding of an election.

“I don’t believe that being transparent about our hopes and aspirations for our partner and friend Sri Lana is interference. Certainly Sri Lanka’s leaders can take our leaf, take our opinions and hopes on board due to our longstanding relationship and many mutual interests.So that is hardly interfering in the sovereign activities of Sri Lanka as a country,” she explained.

“We are also not preventing anybody from having elections. If an election is how this crisis would be ultimately resolved, we support the democratic process being observed and respect it,” Ambassador Teplitz added.
FT