Uproar in Upcountry in Sri Lanka 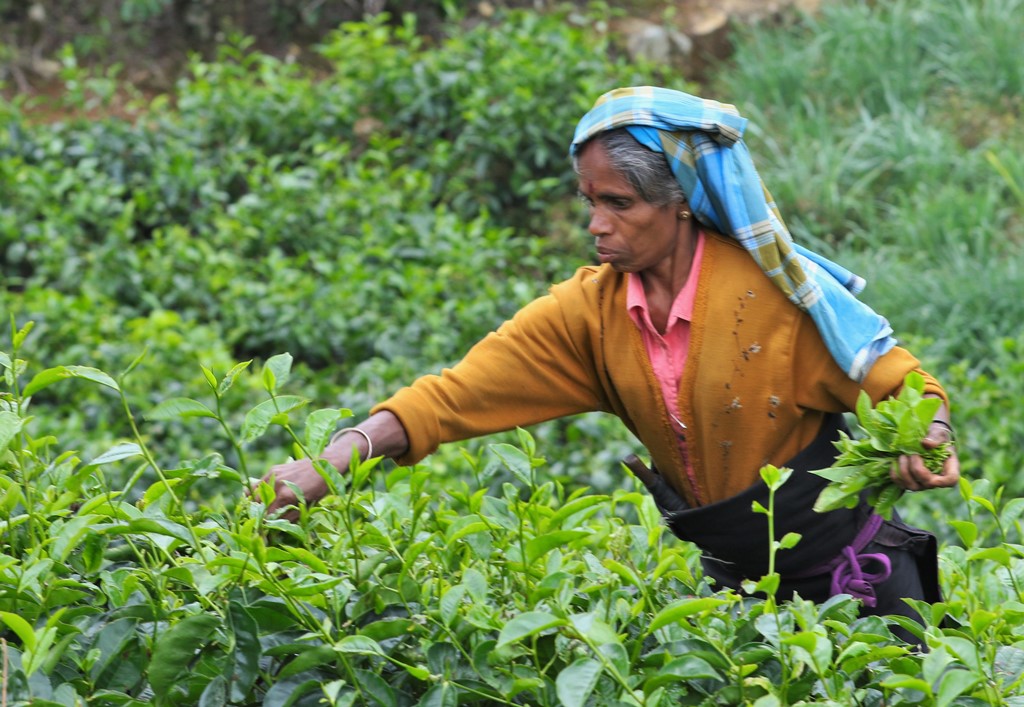 In several areas in the Upcountry the protests staged by the labour force have crippled activities in the plantation sector and according to reports the Upcountry workers are adamant this time demanding their pay hike and in various places they have created road blocks to show their anger by burning tyres.

The Upcountry plantation workforce which was brought from South India by the British has a long history of 150 years. They were not only used in the plantation sector, but have also been used extensively in developing the infrastructure in the central hills.

Even now the living condition and the lifestyle of the workforce in most of the areas in the Upcountry remain the same as it was in the early days of their arrival in the island 150 years ago.

The majority of the Upcountry plantation workers being Hindus, for the past several years have been agitating for a pay hike when ‘Deepavali’ the foremost festival of Hindus, is around the corner in October.

People from South India were taken to various countries in South Asia and South East Asia in their thousands as a promising workforce to be used in the plantation sector when the Union Jack was flying high in South Asia and South East Asia. However, in several countries the living condition of the majority of the South Indian workforce brought by the British has improved significantly with their present generation excelling in various fields.

However, in Sri Lanka the living condition of the majority of plantation workers in the Upcountry remain in a pathetic state with various political forces and trade unions in the Upcountry hardly paying any attention to their poverty-stricken state.

S. Thondaman who was the founder of the Ceylon Workers Congress (CWC) made a tremendous contribution in winning the political rights of the plantation workers and making them on par with other citizens in the country.

Despite the majority of people in the plantation sector living below the poverty line, a significant percentage of their present generation has enhanced themselves politically, academically and professionally in the island with Justice S. Thurairaja becoming the first Superior Court judge from the Upcountry recently.

So the ongoing uproar in the Upcountry has highlighted the plight of the plantation workers and how they have been hit below the belt.
The agitating plantation workers have pointed out that despite the expiry of the Mutual Agreement which decides their pay hike eighteen months ago, no firm action has been taken on their future salary scale.

Plantation workers who are up in arms against their trade unions and the planters have emphasized that they need the Rs 1,000 pay hike and it should be given to them without further delay.

They have also warned that they would isolate the trade unions and even stop making their contributions to them.
Plantations Minister, Navin Dissanayake, calling for the plantation workers to keep away from engaging in any form of civil disobedience, has pointed out that their salary issue should be sorted out through negotiations, and not by creating a chaotic situation.

It is not for the first time the plantation workers are agitating for their pay hike. Almost every year they stage protests to highlight their plight and emphasize the need of ensuring a healthy pay hike.

As there are several trade unions and political parties that have emerged from the hills with several Upcountry politicians holding ministerial portfolios, the burning issues of the innocent Upcountry workforce should be dealt with in a humanitarian manner without leaving room for people in the hills to cry forever.
Editorial, Ceylon Today