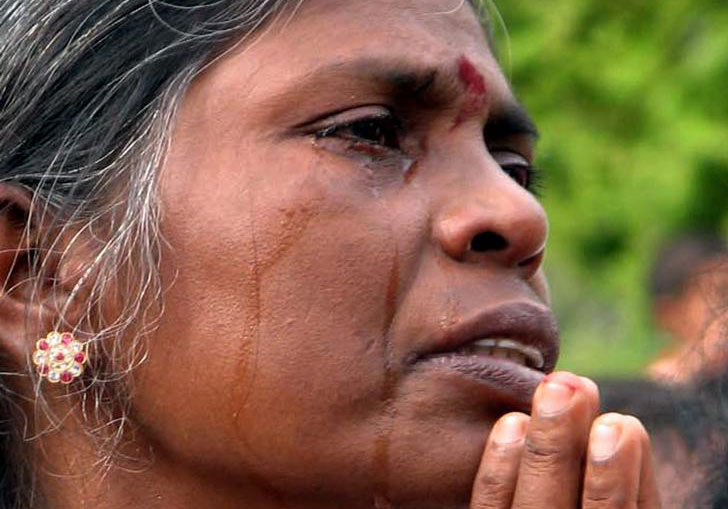 Good morning. On behalf of the Canadian Tamil Congress, I would like to thank UPR Info for providing us with the opportunity to address you today.
Founded approximately 12 years ago, CTC is a non-profit advocacy organization that serves as the voice of Tamil Canadians. Headquartered in Toronto, with several chapters across Canada, CTC advocates on the unique issues that affect and are of concern to members of the Tamil community.

In April 2012, CTC made written submissions in support of Sri Lanka’s Universal Periodic Review with a focus on “The Plight of Tamil Women in Sri Lanka”.

Since Sri Lanka’s first Universal Period Review in May 2008, Sri Lanka has shifted from a state of war to a post-war framework. While the nation has attempted to make significant changes to recuperate from a divisive civil war lasting three decades, concerns of fundamental human rights violations remain unaddressed; especially those
against women.

a) Previous Recommendation: During its first UPR in May 2008, it was recommended that Sri Lanka should give special attention to the rights of women and further promote education, development and their representation in politics and public life. The Government of Sri Lanka reported to the UN Human Rights Council, that it would
continue to take steps that seek to advance the empowerment of women, women’s rights and gender equality at national levels.

b) Progress, if any: Despite this general commitment, almost 3 and a half years after the culmination of the civil war, the plight of Tamil women in Sri Lanka has not improved.

Women in Sri Lanka’s predominantly Tamil speaking North and East continue to face highly vulnerable circumstances that imperil their economic, physical and sexual security. Women continue to suffer from the loss of their husbands, children and multiple displacements.

Women have become victim to domestic abuse, rape, and discrimination. The heavily militarized environment in the North and East continues to pose very serious concerns. Issues involving economic, physical and sexual security of Tamil women in Sri Lanka continue to be a concern that is often overlooked.

The Government of Sri Lanka should be urged to take action to address the most pressing issues confronting Tamil women in Sri Lanka with particular attention given to Tamil war widows and female-headed households.

a) While Tamil women were among civilians and combatants killed in the final stages of Sri Lanka’s war, the vast majority were men. As a consequence of these deaths, tens of thousands of war widows and female-headed households were created in the north and east. Approximately 89,000 Tamil widows and female-headed households were estimated to be present in Northern and Eastern Sri Lanka as of December 2011.

They face a plurality of consequences ranging from the struggle for subsistence and economic survival to the threats of sexual violence and sexual exploitation. The struggle by female headed households to survive has produced the unfortunate consequences of mothers being forced into prostitution as the last economic alternative to provide subsistence for themselves and their children.

Sexual abuse and the threat of sexual assault by Sri Lankan security forces against Tamil women have not ended since the conclusion of the war.

Since the policy of resettlement has been introduced, particularly in the North, the threat of sexual abuse has increasingly focused on the home fronts of Tamil war widows and female-headed households.

The fear of sexual violence in the home is increasingly widespread because of the military’s unfettered access and because women often have no choice but to interact with them.

The dominant and overwhelming presence of government military and security forces plays a significant role in consistently exposing war widows and female-headed households to the ever-present threats and pressures of sexual exploitation.

Despite various allegations and even video footage that surfaced with the UK’s Ch. 4 documentary, the Government of Sri Lanka has failed to provide a meaningful response to address these issues to date. What has emerged instead is consistent and systematic denial of abuse by state forces.

We urge the Sri Lankan government to address ways in which Tamil women can explore and develop forms of economic enterprise. In order to liberate Tamil households from the omnipresent threat of sexual assault or exploitation, it is essential and the north and eastern regions be substantially demilitarized and replaced with local civil administrative authorities and the rule of law that can both encourage economic development & provide physical security to families.

.We urge the Sri Lankan government to train and equip police officers with the ability to handle gender based violence and to be cognizant of the security needs of women. It would also be helpful to reform the police presence by recruiting more female officers in the North and East. *The civil war that lasted for almost three decades has had lasting effects on thousands of people. The consequences for Tamil women have especially been severe.

*Tamil women are heading their own households and are trying to raise families in a highly coercive environment that emerges from the omnipresent role of government military and security forces.

*Tamil women who have experienced considerable trauma, tragedy and stress as a result of the war continue to suffer from a lack of resources to address their psychological/medical and rehabilitative needs.

*Unless these women are provided with opportunities to ensure their economic sustainability and until Northern and Eastern Sri Lanka is demilitarized and given some level of regionalized power,

*Tamil women in Sri Lanka will continue to live a life of fear, insecurity and economic hardship.
August 31st, 2012
Read by Vani Selvaraja at the informal UPR brefing in Geneva.