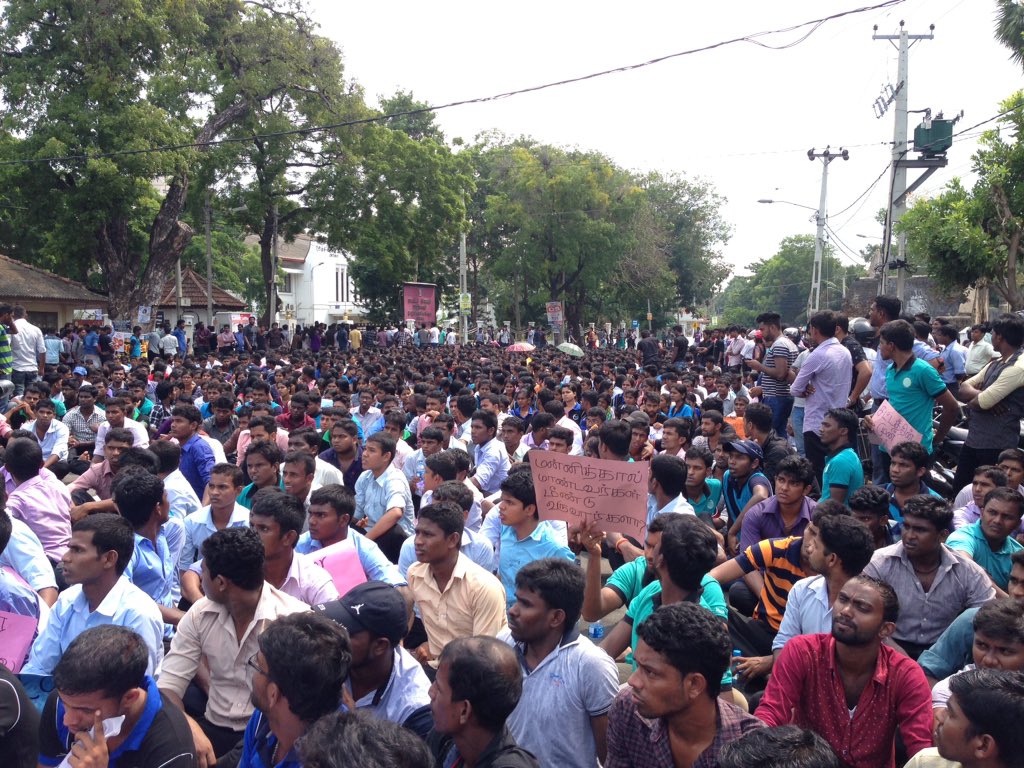 The importance of restoring normalcy to the North has become evident in the aftermath of the fatal shooting incident involving two university students.  The students were shot by police when they failed to stop at a police check point in the early hours of the morning.  Students and businesses in Jaffna have been engaging in public protests.  There are suspicions voiced in the North that this was a planned incident to deliberately create tensions which would justify a continued strong military presence.  In a context in which the North (and East) of the country continue to remain militarized, with large contingents of military personnel in the two provinces, such incidents are also bound to be seen in ethnic terms and therefore contribute to a spiral of negative sentiment.

The National Peace Council condemns the shooting of the unarmed students and welcomes President Maithripala Sirisena’s swift order to the police to conduct an investigation of this incident.  He has also ordered compensation to the bereaved families.  We condole with the families who have experienced this tragedy.  We call for an impartial investigation that will be seen to be impartial in addition to being impartial.  We are aware of a massive trust deficit due to the lack of normalcy in the affairs of the North.  We also note that the initial report filed by the police stated that the deaths were caused by a traffic accident.  The five police personnel involved have been arrested which is a positive indication of the law taking its course.

In restoring normalcy to the North and East of the country, where most of the three decade long war was fought, we call on the government to emphasise the building of good relations between the police and the people.  The local recruitment of more police officers will be necessary.  We also call on the government to work with the elected authorities in the North and East, especially the provincial councils to ensure that law and order prevails in a manner so that the people feel greater confidence that all levels of government are functioning for their benefit.

At the present time the government is absorbed in a constitutional reform exercise that involves the whole parliament but whose outcome is not certain.

Instead of waiting an indefinite period for this constitutional reform process to be finalized, we call on the government to implement the 13th Amendment to the constitution, which exists as the supreme law of the land, and devolve police powers to the provincial councils.

Sustainable solutions require dealing with all of the relevant issues articulated by civilians and political leaders in the North and East.  It equally demands that all interests are at least acknowledged, if not entirely satisfied in the short term.   Failure to do so would potentially lead to negative outcomes in the long term.