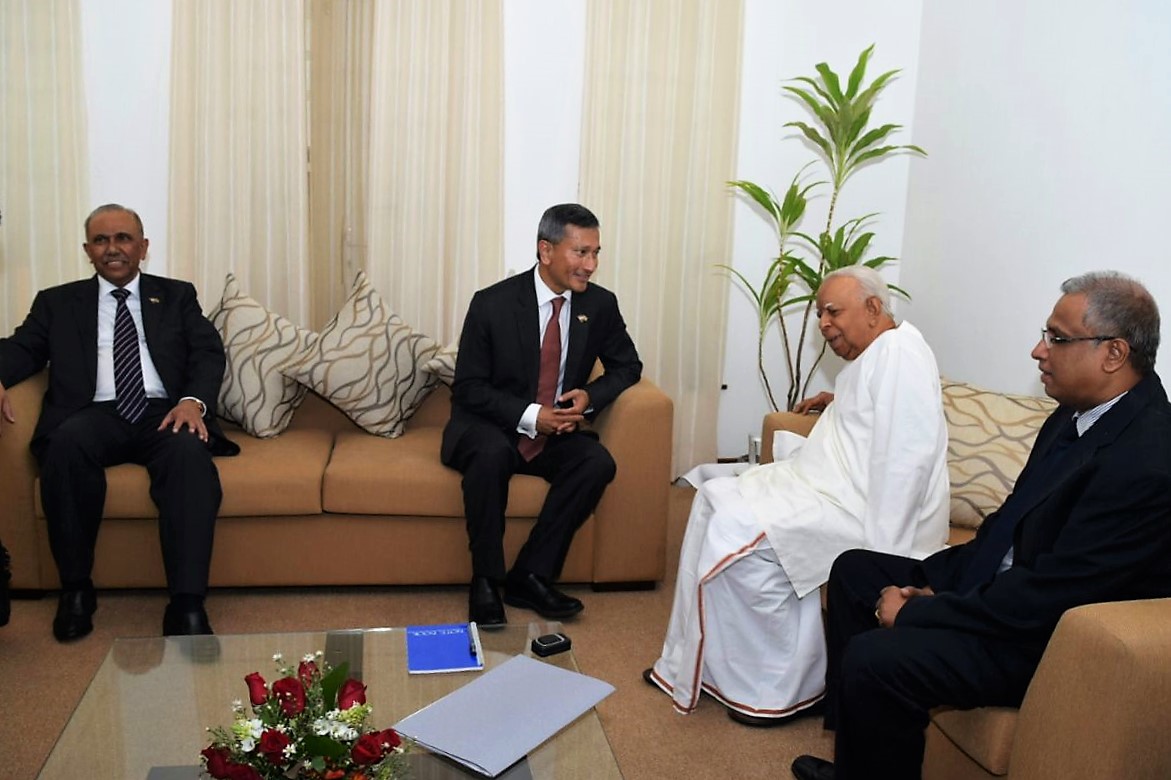 Image: Meeting between visiting Singapore Minister of Foreign Affairs Hon. Vivian Balakrishnan and Leader of the Opposition and the Leader of the Tamil National Alliance Hon. R. Sampanthan.

TNA leader R.Samapathan has told the visiting Singapore Minister of Foreign Affairs Hon. Vivian Balakrishnan that both the UNP and SLFP must put their petty political agendas aside and come together to lead this process to a success. and make decisions collectively in this regard so that that the country will have a Constitution based on national consensus. This is an urgent need for the whole country and all its people.

Addressing the issues faced by the Tamil People of the North and East, the TNA leader pointed out the slow progress in relation to repealing the Prevention of Terrorism Act, Resolution to Missing Persons Families and release of lands belonging to people. Affected people are asking for a process that will ascertain the truth and that this appeal cannot be delayed any longer he further added.

Hon. Sampanthan welcomed the efforts of the Singapore Government on possible investments in Sri Lanka and he requested the Foreign Minister to give priorities to programmes that will provide skills development and employment opportunities to the much-affected young people in the North and East provinces.

The Foreign Minister appreciated all the efforts made by the Leader of the Opposition and noted that his role as the leader of the Tamil National Alliance is a difficult and a much-needed one at this particular time, “I salute you for your courage and perseverance” he has added.