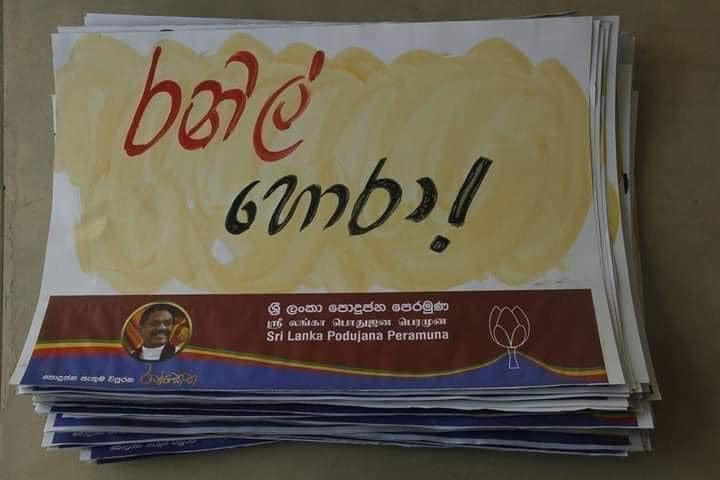 Statement of the United Left Front on filling the vacant Presidency.

As soon as he became acting President, Ranil showed his true form. Helicopters hovered in the sky to intimidate the protesters. Armoured vehicles are on the roads. He calls the protestors “fascists”. But the fascist-style threat really comes from Ranil.

An all-party government, essential to resolve the present crisis, cannot be formed under Ranil’s leadership. Even the factions against him in the SLPP will not accept his leadership. The people are demanding that Ranil should go home.

Everything possible should be done to prevent Ranil from becoming President. The United Left Front wishes to emphasize the need for all who do not support him to come together on a common programme and put forward a single candidate. Such a programme must include reforms needed to solve the current crisis, the social safety net essential to minimize the impact on the weaker sections of the society, bringing back the provisions of the 19th Amendment while further strengthening them as an immediate task and reaching an agreement on the abolition of the Executive Presidency.

We reiterate the need for everyone to come together to defeat Ranil Wickremesinghe, recognizing the danger the country faces.