Uncovering the Truth About Sri Lanka’s Civil War: a Painful But Urgent Task 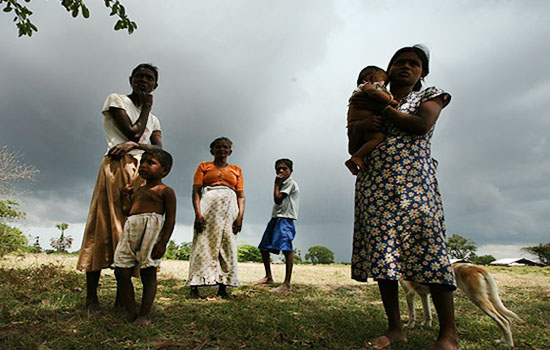 In May 2009 within a region of Sri Lanka known as the Vanni, government forces finally routed the rebel secessionist militia known as the Liberation Tigers of Tamil Eelam (LTTE), drawing to a close the island nation’s long civil war, an internecine struggle that had claimed 100,000 lives over 26 years.

The last months of the conflict were perhaps the bloodiest of all, during which time it is alleged that terrible expedients were deployed in order to eradicate the LTTE, resulting in what the International Red Cross described at the time as an “unimaginable human catastrophe” for local civilians. The government has long maintained that it behaved honourably, while ethnic minority Tamil representatives have described the events in the Vanni (where Tamil civilians were allegedly killed en masse) as genocidal.

So what actually happened? One cannot be sure. International agencies and journalists were largely excluded from the battle zones, and the sole substantial government-ordered probe was criticised by NGOs as limited and self-exonerating. Investigations by a United Nations panel of experts and reports by human rights groups have acknowledged credible allegations of grave war crimes . The most serious of these allegations is that up to an estimated 40,000 civilian lives were lost due to indiscriminate or deliberate government shelling of hospitals and civilian safe zones by the Sri Lankan military. Journalists have documented chilling allegations that the government knew of or ordered these practices. Colombo denies these claims.

In the absence of an inquiry viewed as satisfactory by the international community, a small number of journalists have attempted to piece together available evidence and conduct their own investigations in order to reconstruct what may have taken place. The latest example of this is represented by a recently-released book written by former BBC Sri Lanka correspondent, Frances Harrison. Her work, “Still Counting the Dead” is an account of the conflict’s denouement told through the testimonies of survivors, augmented by her own research. It makes for a harrowing read.

It evidently made for a harrowing write also. When I spoke to Frances she related to me the near-incredulity she felt when encountering aspects of the available record that indicate serious abuses. She explained:

“Writing this book there was something really horrifying about confronting these things, it was difficult to accept some of them, almost to believe them. So the idea that hospitals were deliberately targeted…you couldn’t imagine that anyone would do that on purpose and do it, according to Human Rights Watch 35 times and on purpose…I found that almost too difficult mentally to get my head around as it is so, so shocking.”

She added further that,

“you can’t hit hospitals so many times in so many months and [say] its accidental…the [hospitals] whose positions were not given [GPS co-ordinates sent by doctors & international groups to Colombo] weren’t hit and the government had surveillance aircraft, drones were flying all the time, there were desperate phone calls from ICRC, with doctors saying don’t hit the hospital…I find it hard to attribute a motive to something so utterly wrong.”

(NB: Deliberately targeting hospitals is a war crime under the Geneva Conventions, to which Sri Lanka is a signatory.)

Harrison’s book contains a collection of grim facts that begin to establish an account of the events of early 2009 from a macro standpoint (referencing facts from reliable sources) complemented hauntingly by individual stories of human tragedy. It is the latter that makes it such a heart-breaking read, from the story of the teacher who suffered a “miscarriage on the beach at the climax of the war” to the young woman who alleges she was brutally raped by drunk police in cells.

While it is clear from the book that Harrison deeply empathizes with Tamil civilians and is highly critical of the conduct of government forces, it is interesting to note that she is likewise unsparingly censorious about the perceived failures of the LTTE leadership. The latter, in her view “deliberately exposed their own people to slaughter and refused to surrender, even when all was plainly lost”, thus increasing the body count. She also takes aim at the UN and the international community who, she suggests, knew enough about the carnage at the time to have taken a more active role in trying to intervene.

In Still Counting the Dead, Harrison assembles a narrative that, while convincing, is necessarily limited by a lack of access to official documentation held by the government, satellite imagery collected by the United States and India (if certain wikileaks cables are to be believed) and other key materials. Access to the areas where the fighting took place is likewise still restricted, and survivors (some of whom I have spoken to myself) remain terrified about speaking out for fear of reprisals.

Nonetheless the book, and the interest it may garner, is a step in the right direction. While peace in Sri Lanka is to be welcomed, a culture of impunity cannot prevail among the nation’s political and military elite given the horrific atrocities that, by all indications, probably occurred during the conflict’s finale. “Still Counting the Dead” reminds us of the need to remember this tortured corner of modern history – as painful as it is to do so – and for the international community to press the Sri Lankan government for accountability over horrors that will not be extirpated from the island’s soul unless the past can be faced with courage.
HP