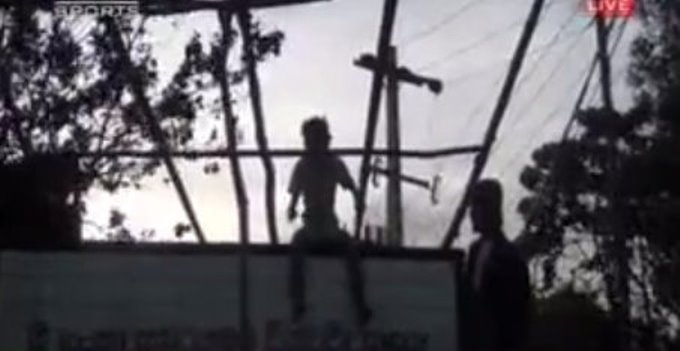 Minister Disanayake accompanied the VCs to argue against students protests calling for their rights.

“Two VCs arrived at a recent TV political talk show with Minister S.B. Dissanayake. One was the VC of Sabaragamuwa. I was aghast. He arrives and sits with Dissanayake’s supporters when students of his university are being harassed and the administration is in a state of collapse. That showed me what’s wrong with our higher education sector, the politicization of university administrators,” JVP MP Wijitha Heratha had  said.

In a recent election to select a vice chancellor (VC) for the University of Sri Jayewardenepura the person who got the most number of votes, Professor Mohan De Silva was not appointed by the government as he would not have acted as a henchman of the government, the JVP MP Wijtha Herath has said.

“According to regulations the higher authorities have the power to make a final decision on the appointment of a vice chancellor. This has been abused to a hitherto unknown scale by the current government. If you don’t respect election results, why hold them at all. If you want to appoint henchmen as university heads why talk about raising standards,” Herath asked. Vice Chancellors of the past, despite their political beliefs, did not openly support ministers but acted with dignity before politicians and students. However, the current VCs not only erect giant cut-outs of powerful politicians inside universities but also accompany ministers to TV political debates with his henchmen,” the JVP MP had said.