Trump’s Cult of Personality Will be Badly Damaged by Defeat, But His Toxic Politics Marches On 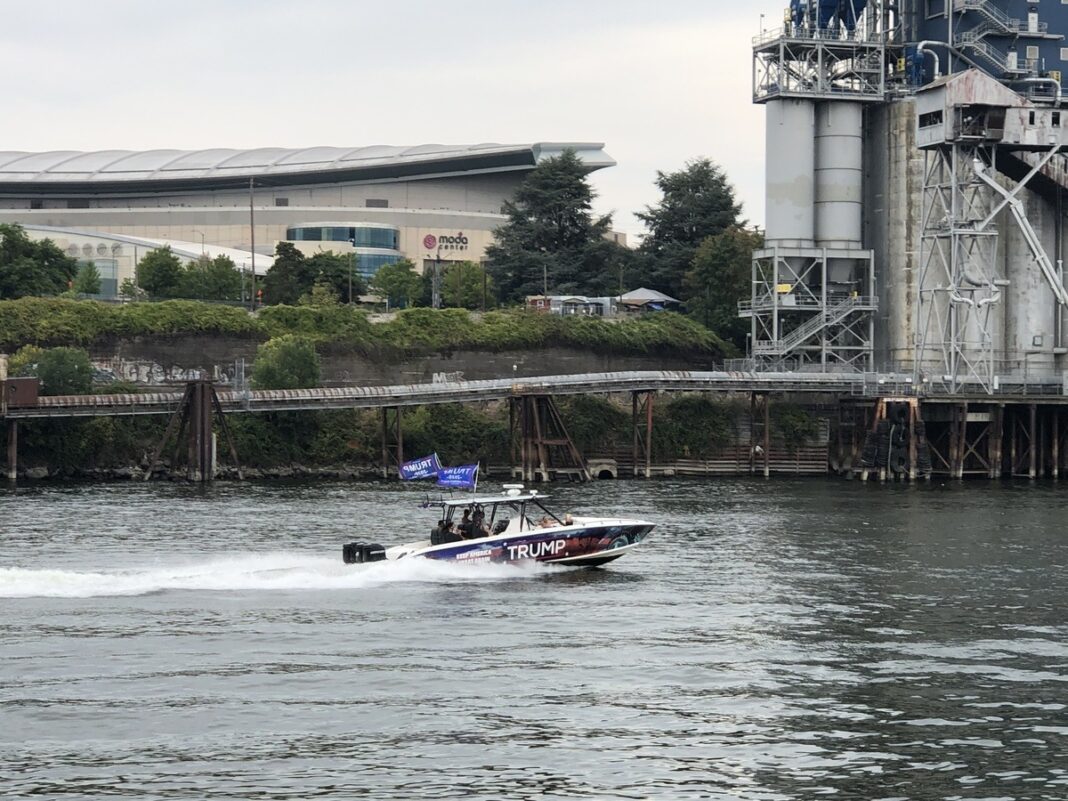 President Trump may be losing the election, but he is not the aberration in the history of America – one of the Creator’s least funny jokes – as much of the world would like to believe. At least 70 million Americans voted to put him back in the White House, despite witnessing his constant lying, open racism and lethal incompetence over the last four years.

Trump’s supporters did not choose him because they were hoodwinked about what he stood for, but because they wanted his lies to be true, shared his antagonism towards non-white people, and dismissed his incompetence as a media exaggeration or blamed its worst consequences on others.

Most of the Trumpian constituency – half of America – demonstratively backed him, though a proportion were either too embarrassed or too politic to admit their support for his toxic views to pollsters: hence Trump’s startling over-performance in the actual vote compared to the pre-election predictions.

Trump did not invent but he did energise the polarisation of American politics – rooted historically in the division between North and South, free and slave states, Confederacy and the Union – but the political arena now encompasses a much larger geographic area and a wider span of political culture. He successfully plugged himself into one side in this partisan division, envenomed it further, and became its Messianic leader who could do no wrong. His cult-of-personality is not going to disappear because he is out of office, nor will the adoration of his most fervent followers evaporate. But many who followed his victorious banner will edge away from him in defeat – there is some sign that Fox News is already doing so. Moreover, his braying tweets will lose something of their resonance when they cease to be messages coming from the most powerful man on earth.

Trump as a political phenomenon

I have often wondered what explains Trump as a political phenomenon, the most extraordinary of our era. I tried to think of any other politician in the world similar to Trump in the hope that an analogy might be illuminating. There are all too many populist nationalist autocrats popping up, but none is quite like Trump. Boris Johnson has been denounced as “an Old-Etonian version of Trump”, and there are some parallels, but the analogy breaks down because the politics of the two countries differs so markedly. An American commentator familiar with both countries once said to me that “everything in American political culture, at the end of the day, boils down to race, while everything in Britain boils down to class”. The adage is over-simple but useful.

I know of only one political leader in the recent history of the UK who resembled Trump and, unsurprisingly, he came from part of the country, Northern Ireland, where perceived racial and religious identity outscores class in determining political loyalties. The leader in question is Ian Paisley, the late Ulster Protestant leader, who even had a physical resemblance to Trump, both being big beefy men with a strong presence who instantly dominated a room, a meeting or a television studio.

Paisley in the small beleaguered world of Ulster Protestantism and Trump in his gigantic constituency of white non-metropolitan America had much in common. They projected to their followers a world divided between good and bad, loyalists and traitors, expressing total self-confidence in the rightness of their cause. Compare film of the two of them at rallies as they bellow defiance and demonise their opponents. Paisley gave a sense of empowerment to Ulster Protestants as they saw their superior status under attack from the disenfranchised Roman Catholic minority and from relentless de-industrialisation. Trump appealed to a loose coalition, glued together by race and evangelical Protestantism, consisting of Americans who see themselves as left-behind or under threat physically or economically.

His political skills and instincts

Paisley shared another characteristic with Trump: his opponents despised him and made the mistake of under-estimating his political skills and instincts. Trump did the same, pulling off an astonishing victory against Hillary Clinton in 2016 and almost doing so again against Joe Biden this week. Such is the loathing of the Commentariat, American and international, for Trump that they had lulled themselves into wishful thinking about his imminent demise. Yet, putting aside the bombast, he has always been good at identifying his enemies’ weaknesses and his own strengths.

The accuracy of his political instincts is confirmed by the detailed exit polls in the presidential election. He was quick to grasp what many Americans, who might potentially vote for him, really wanted, compared to what they were assumed to want or had told pollsters that they wanted.

The coronavirus epidemic was billed as the dominant Trump-destroying issue of the election, but the poll’s most surprising feature is the degree to which it was decided by the economy and race. Trump may have been damaged but he was not sunk by his appalling record of incompetence during the pandemic. A survey shows that four out of 10 voters said that coronavirus is the biggest issue facing America, but, when it came to voting, a much smaller proportion said that it had determined their choice of Biden or Trump.

This was very different from what the Democrats had expected. Trump’s miserable response to coronavirus was supposed to be their ace card and so, in some respects, it was, as the number of people infected surges to a record 121,000. The Democrats played up the illness, motivated by both genuine fear and political calculation, with Biden staying at home, assiduous mask wearing, the eschewing of rallies and – up to late-in-the-day – limiting their door-to-door canvassing and voter registration.

They under-estimated the degree to which poorly paid workers and small businesses might fear joblessness more than Covid-19. Trump’s attempts to dismiss the illness were irresponsible, but the apocalyptic headlines in the press and on television exaggerated its severity the other way – the pandemic is killing a great many people, but it is still not quite the Black Death.

Trump’s basic message that any good done by health restrictions was outweighed by the economic damage sounded all too convincing to many. In places like Las Vegas, dependent on hospitality and entertainment, Trump’s political advertising was all about the non-existent Democratic plans to impose a total lockdown that would devastate the local economy

How far will the Trumpian coalition survive his exit from the White House? The Republican Party has just shown its strength by holding on to its majority in the Senate and making inroads into the Democratic-controlled House of Representatives. Pundits issue ominous warnings about the abiding strength of Trumpism. Yet cults-of-personality like Trump’s that are enhanced by power are also vulnerable to its loss. He himself will see this as he makes his last desperate efforts to fend off defeat.