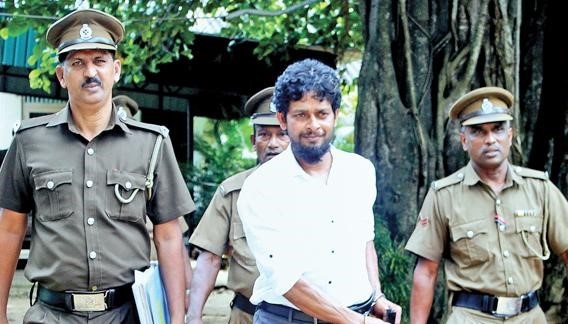 With him Sunil Ratnayake, a former Staff Sergeant in the Sri Lanka Army too has been  banned by the US state department. A convicted murder of 6 Tamils including children by slitting their necks was pardoned by president Rajapaksa more than a year ago.

Excerpts from the statement.

We are determined to put human rights at the center of our foreign policy, and we reaffirm this commitment by using appropriate tools and authorities to draw attention to and promote accountability for human rights violations and abuses, no matter where they occur.

In further recognition of Human Rights Day 2021, the Department is designating 12 officials of foreign governments under Section 7031(c) of the Department of State, Foreign Operations, and Related Programs Appropriation Act, 2021. This law provides that in cases where there is credible information that officials of foreign governments have been involved in a gross violation of human rights or significant corruption, those individuals and their immediate family members are to be designated publicly or privately and are ineligible for entry into the United States.

The Department of State is designating under Section 7031(c) the following individuals for their involvement in gross violations of human rights:

Sri Lanka Navy Lt. Commander Chandana Prasad Hettiarachchi came by his now infamous alias ‘Navy Sampath’ due to his connection to the murder of TNA MP N. Raviraj in Colombo in 2006.

The State Intelligence Service, formally known as the National Intelligence Bureau (NIB), was in charge of the army, navy and air force intelligence platoons appointed to question suspected LTTE operatives.

The NIB director was Senior DIG Gajanayake. Lt Commander Hettiarachchi was in charge of the intelligence obtained through the Navy platoon operating at the NIB. It was reportedly during this time that the stage was set for Raviraj’s murder. Hettiarachchi and his team had assumed aliases prior to the Raviraj Operation.

Lt. Commander Hettiarachchi asked his team members to call him ‘Navy Sampath’ to avoid confusion with the other forces intelligence platoons.

The making of the name ‘Navy Sampath’ has been corroborated by evidence given by a naval rating in the Raviraj murder case.