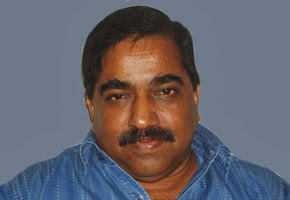 The TNA claimed that foreign delegates including the South African special envoy Cyril Ramaphosa who visited Sri Lanka recently have met the TNA to discuss the Tamil national issue which shows that internationally the TNA is recognised as the representative of the Tamil people in Sri Lanka. TNA MP Suresh Premachandran told  that as the elected representatives of the Tamil people, they are willing to cooperate with the South African government if they mediate between the government and the TNA to resolve the Tamil national issue.
Excerpts of the interview:
This is the first time a special envoy has come from South Africa. He was invited by the Sri Lankan government. Our understanding is that he has been appointed to study the Sri Lankan problem and help us to resolve them.
It is not like other delegates who just come to visit this country. The South African envoy came with the idea to study the present context and discuss it with political parties and other interested organisations. They have had discussions with the government, the TNA and the Northern Province Chief Minister.
Now it is up to the South Africa to decide how they are going to take this forward and resolve the issues. It also depends on the Sri Lankan government. A difference can be made to the issue based on how far the SL government is going to cooperate with the South African government to address this issue. TNA is prepared to cooperate with them fully because we are the affected people and we need solutions. Therefore we welcome this initiative.
We told our point of view. We clearly articulated our stand. The government also had talks with them. They must have stated their point of view. These delegates are very well experienced and we will have to see how they would mediate to resolve this issue.
The TNA is the elected representative of the Tamil people. Even in the Northern Provincial Council out of 38 members 30 are from the TNA. Likewise most of the local governments in the North are controlled by the TNA. Tamil people have elected the TNA as their representative. That is understood by everybody.
Even Cyril Ramaphosa held discussions with the TNA and went to Jaffna to meet the Chief Minister of the Northern Province. The TNA is being recognised as the representative of the Tamil people by the international community and even by the Sri Lankan government. Sri Lankan government itself wants the TNA to come to the Parliament Select Committee to discuss the national issue. On the other hand they are trying to reject the TNA as the representative of Tamils.
We may not be the sole representative of Tamils but we are the elected representatives of the Tamil people in the country. The government can say anything about that. If they truly want to solve this issue they will have to talk to the representatives elected by the people.
The TNA is a combination of Tamil political parties. In Parliament there may be one or two Tamil parties working with the government. We are the strongest Tamil representative in the parliament. We have marked our representation and all issues have to be discussed with the TNA.
There are various elements working right now. On one hand the SL government has called for the South African government to mediate to resolve the issue. On the other hand the United Nations investigations are going on.
But if the government is willing to cooperate to solve the issue a political solution can be found. If all attempts fail, then at that point we will decide what to do next.