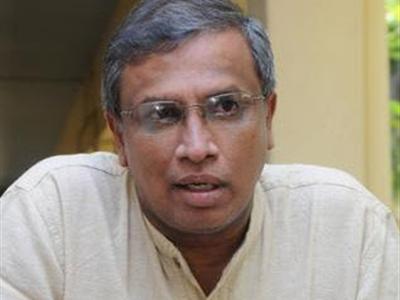 Speech  made on 1 March 2013 by TNA M.P.M.A. Sumanthiran at the UNHRC Event in Geneva titled ‘The No Fire Zone’
On behalf of the Tamil People I wish to thank you Callum for the film. Our thanks are due to Amnesty International and Human Rights Watch for sponsoring this event.
A statement attributed to Schopenhauer says that every truth passes through three stages. In the first it is ridiculed, in the second it is opposed, in the third it is regarded as self-evident.

Truth is the first casualty of any war, we know that. I’d like to say that Truth must be the first step in any reconciliation process.

The UN Secretary General’s Panel of Experts which included Yasmin, has recommended an independent mechanism to investigate these alleged crimes.
As the elected representatives of the Tamil people, the Tamil National Alliance, endorsed that and called for

Independent International Investigations into the last phase of the war.

We think this and the on going violations and persecution of the Tamil population need to be investigated and stopped.

When the Channel 4 footage was first released, the Government of Sri Lanka vigorously opposed it. Yet the government-appointed Lessons Learnt and Reconciliation Commission (LLRC) it self recommended that it should be investigated.

Truth must be uncovered, other wise there cannot be any forward movement.

As has been shown in the film the on going violations and persecution of the Tamil population need to be investigated and stopped. If that is to end a mechanism mist beset up to go in to those violations.

It is the Truth that will lead to any kind of meaningful reconciliation.  The on going violations and persecution of Tamil people in Sri Lanka must stop.  If that is to end there has to be mechanism set up to go in to these mattes.

We will work with any international independent investigation that’s designed to investigate war crimes and crimes against humanity committed by both sides to the conflict during the final stages of the war, and indeed the on going violations as well. That will be the way forward for reconciliation in Sri Lanka.