TNA mulls walking out of reconciliation talks with President 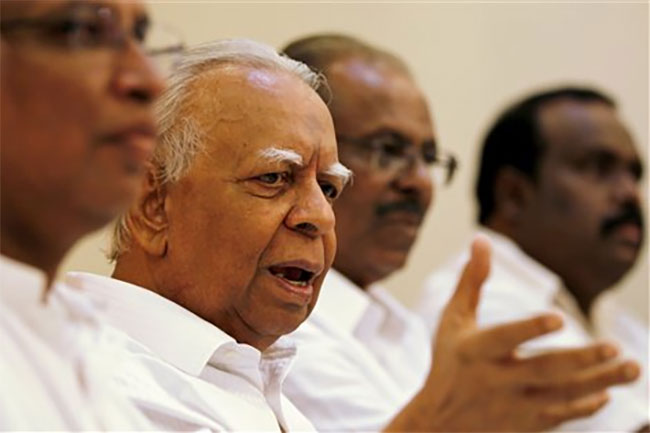 The Tamil National Alliance (TNA) may walk out of talks with President Ranil Wickremesinghe as there has been no visible progress on reconciliation efforts, the party has said.

However, TNA MP M.A. Sumanthiran who was part of the TNA delegation yesterday said no progress was made during the talks on the many issues faced by the Tamils and President Wickremesinghe merely reiterated what was already discussed at the previous meeting held on 13 December 2022.

While the TNA is set to meet with Wickremesinghe for a marathon round of talks from 10 to 12 January after the latter pledged to resolve their pending issues before the nation’s 75th Independence Day falling on 4 February, the TNA is set to submit a report to the President on the issues faced by Tamils in the North and East. According to Sumanthiran, the report will be submitted at the meeting on 10 January.

Following this, the MP said the TNA will decide if to continue with the talks based on the response they receive from President Wickremesinghe.

“The TNA will be forced to decide if to continue or not with these talks,” Sumanthiran said.

Meanwhile, an inside source from the TNA said the President yesterday promised to make a special announcement on 15 January in Jaffna on the release of lands which are currently not under military control.

The President is expected to participate in a special Thai Pongal in Jaffna event on the day.

On 20 November, the President made an overture to the Tamil parties, inviting them for discussions to resolve the many issues the community has faced over the years. Following this, the TNA also supported the Government’s Budget for 2023 because Wickremesinghe had shown a desire to resolve the Tamil national question.

“We will engage constructively in every sincere attempt as we have always done but will not allow any farcical process,” Sumanthiran had tweeted following Wickremesinghe’s public invitation. However, the party appears to be in limbo over future talks with the President and its possible outcomes.