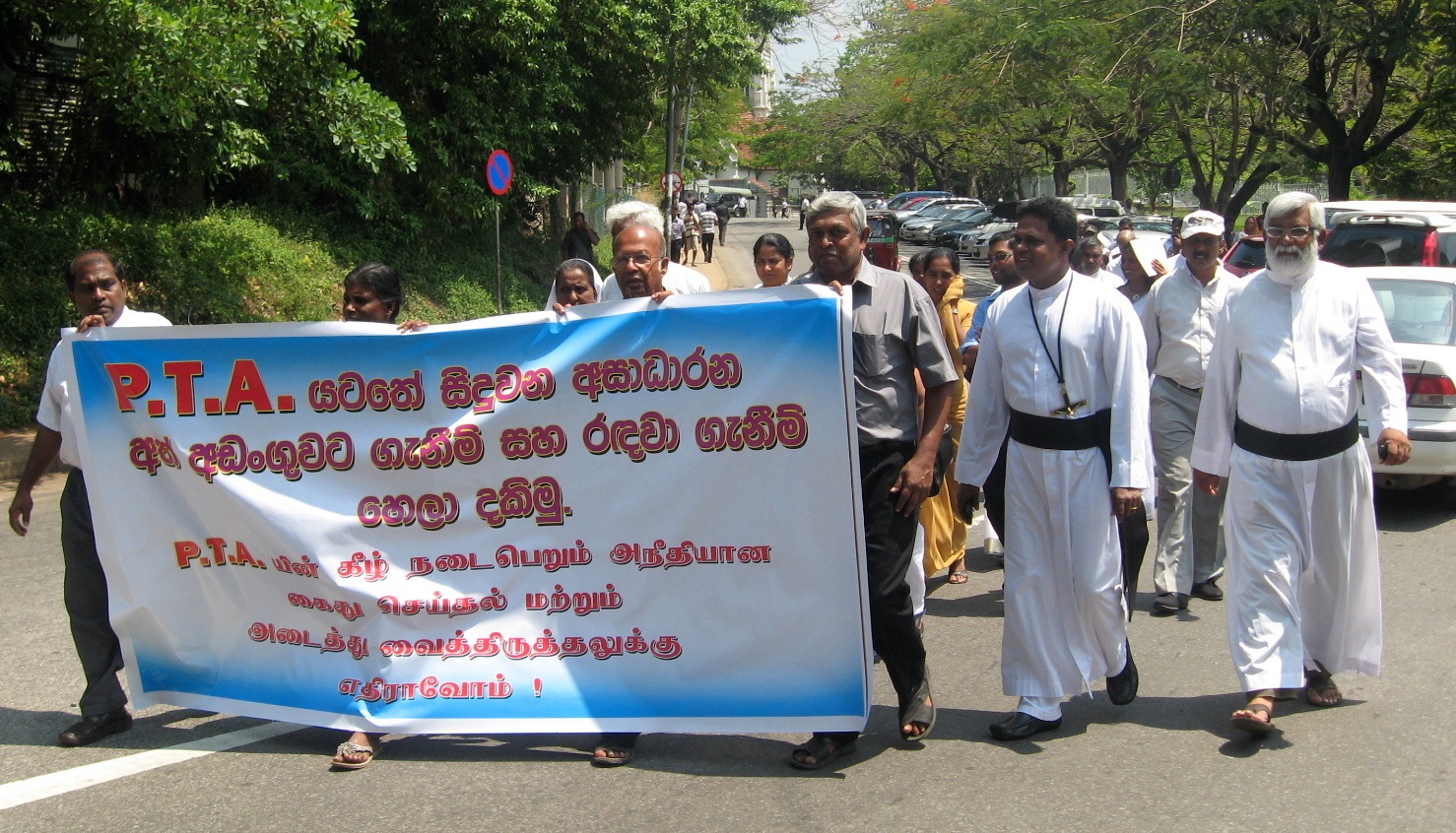 ( Activist has been campaigning for decades for the repeal of PTA; Photo by AsiaNews)

By P.K.Balachandran.
COLOMBO: The Tamil National Alliance (TNA), the premier Tamil political group in Sri Lanka, fears that the proposed new law to replace the draconian Prevention of Terrorism Act (PTA) may well be old wine in a new bottle with most of the controversial provisions being retained.

“It may even be worse than the PTA going by the influence of the Security Establishment on government’s thinking on these matters,” TNA’s spokesman and MP, M.A.Sumanthiran, told Express on Sunday.

“The Law Commission in its report to the government on replacing the PTA had apparently given suggestions which would have put the new law in line with international best practices. But I hear that the government consulted the Security Establishment and rejected the commission’s suggestions.”

“This despite my warning the government that Sri Lanka will not get the European Union’s trade concessions under the General System of Preferences if it violates the UN Human Rights Commission’s resolution of October 1, 2015 which had clearly said that PTA has to be replaced with a law in tune with international best practices,” the MPsaid.

Sri Lanka had jointly sponsored the UNHRC resolution along with the US.

The Tamil MP, who is also a Supreme Court lawyer, fears that the new law will retain objectionable features of the PTA like preventive detention for indefinite periods and legal acceptance of “confessions” made to police officers in the first instance.

In the case of amendments to the Criminal Procedure Code, Justice Minister Wijeyadasa Rajapakshe rejected Sumanthiran’s demand to allow a detainee to get legal assistance when his first statement is recorded. Rajapakshe cited objections from the Security Establishment to any kind of legal assistance at that stage and said that their views could not be overlooked.

Unconvinced, Sumanthiran approached Prime Minister Ranil Wickremesinghe, who got the introduction of the Cr.PC amendment bill postponed to allow consideration of the TNA’s objections.