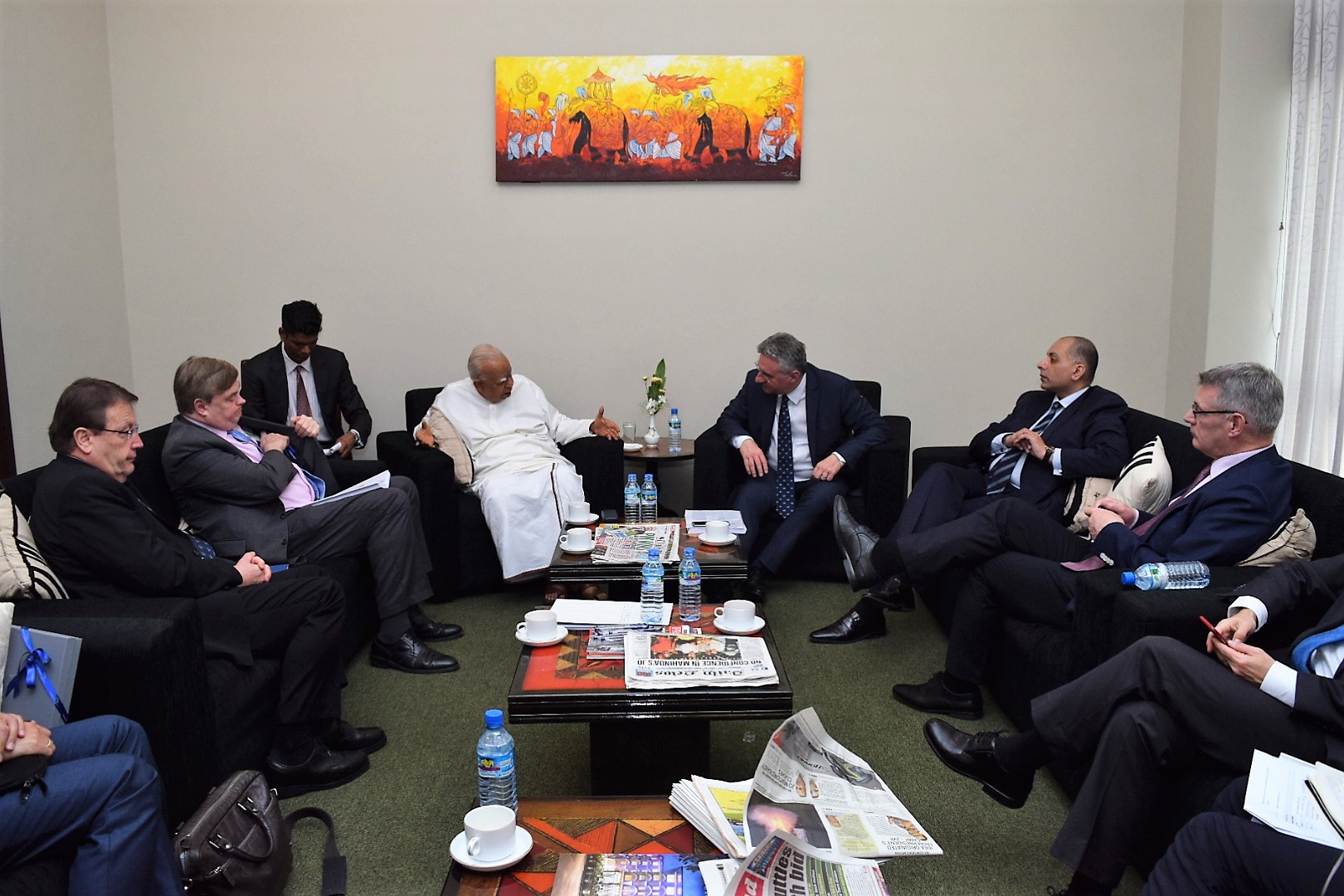 Mr Sampanthan apprised the delegation on the current political situation. Mr Sampanthan told the Delegation that the former regime moved away from democratic principles and as a result of it, the present government came to be in power. the present Government’s attitude and approach are different from the former government, but their actions are very slow”.

Mr Sampanthan further stated that this government has made commitments to bring reconciliation and amity between different communities in this country.

Briefing the delegation on Power-sharing arrangements Mr Sampanthan said, “ we are wanting a solution within a united undivided and indivisible Sri Lanka on the basis of the dignity self-respect and sovereignty of different people who have historically inhabited certain regions for centuries”. He further said that the Constitution making processes must recommence and brought to an end early”.