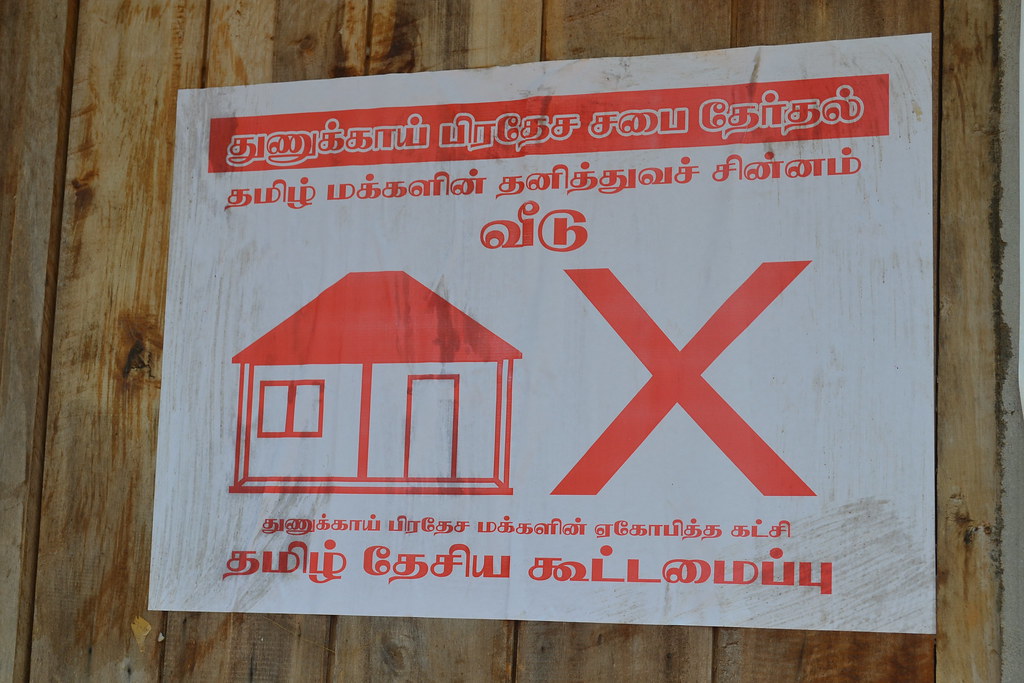 The Tamil National Alliance (TNA), in its election manifesto, strongly advocated for a constitutional arrangement on the model of federalism to meet the legitimate aspirations of the Tamils and other Tamil speaking inhabitants of the North and East and reiterated that this can be achieved within the framework of a united and undivided Sri Lanka through a process of non-violent and peaceful negotiations.

The Tamil National Alliance, the alliance led by the Illankai Tamil Arasu Kachchi (ITAK) launched its manifesto for the Parliamentary Election – 2020 at the ITAK headquarters in Jaffna on Saturday.

“The principles and specific constitutional provisions that the TNA considers to be paramount to the resolution of the national question relate mainly to the sharing of the powers of governance through a shared sovereignty amongst the Peoples who inhabit this island,” the manifesto said.

The TNA said that its demands for power-sharing arrangements are based upon several principles, which are fundamental to achieving genuine reconciliation, lasting peace, and development for all the people of Sri Lanka.

The manifesto said power-sharing arrangements must continue to be established as they existed earlier in a unit of merged Northern and Eastern provinces based on a federal structure, in a manner that does not inflict any disadvantage on any people.

The TNA said that the Tamil people are entitled to the right to self-determination in keeping with United Nations International Covenants on Civil and Political Rights and Economic, Social and Cultural Rights, both of which Sri Lanka has accepted and acceded to.

“Devolution of power on the basis of shared sovereignty shall be over land, law and order, enforcement of the law so as to ensure the safety and security of the Tamil People, socioeconomic development including inter alia health, education, higher and vocational education, agriculture, fisheries, industries, livestock development, cultural affairs, mustering of resources, both domestic and foreign and fiscal powers,” it said.

The manifesto also emphasised that the contiguous preponderantly Tamil speaking Northern and Eastern provinces are the historical habitation areas of the Tamil people and the Tamil speaking peoples and the Tamils are a distinct people with their own culture, civilisation, language and heritage and from time immemorial have inhabited this island together with the Sinhalese people and others.

The Party reiterated all these can be enacted and implemented within the framework of a united and undivided Sri Lanka through a process of non-violent and peaceful negotiations.

The TNA said all Tamil speaking Muslim historical inhabitants shall be entitled to be beneficiaries of all power-sharing arrangements in the North-East.

The TNA manifesto also referred to the militarisation of the North and East and said it firmly believes that in a democracy the military’s role is one that is clearly delineated and should be subject to civilian authority and oversight. “The TNA will continue to challenge the rapid remilitarisation of democratic space and institutions and call for demilitarisation by using multiple means, including through parliamentary processes, international advocacy and supporting those whose civic rights are being curbed or violated due to militarisation,” it said.

The TNA also said it will continue to advocate for an independent international mechanism for justice and accountability as their efforts made in good faith to seek justice within Sri Lanka have not borne success.

The TNA manifesto also refers to attempts to curb civil liberties and the surveillance, harassment, and intimidation to which civil society organisations, activists and journalists in the region have been subjected. “The TNA will challenge these repressive measures, through parliamentary processes, legal interventions, and international advocacy,” it said. The manifesto also addresses several other issues such as reparations, memorialisation, the Prevention of Terrorism Act (PTA) and political prisoners, socioeconomic security, the rights of the displaced people, rebuilding the lives of former combatants and the role of the international community.