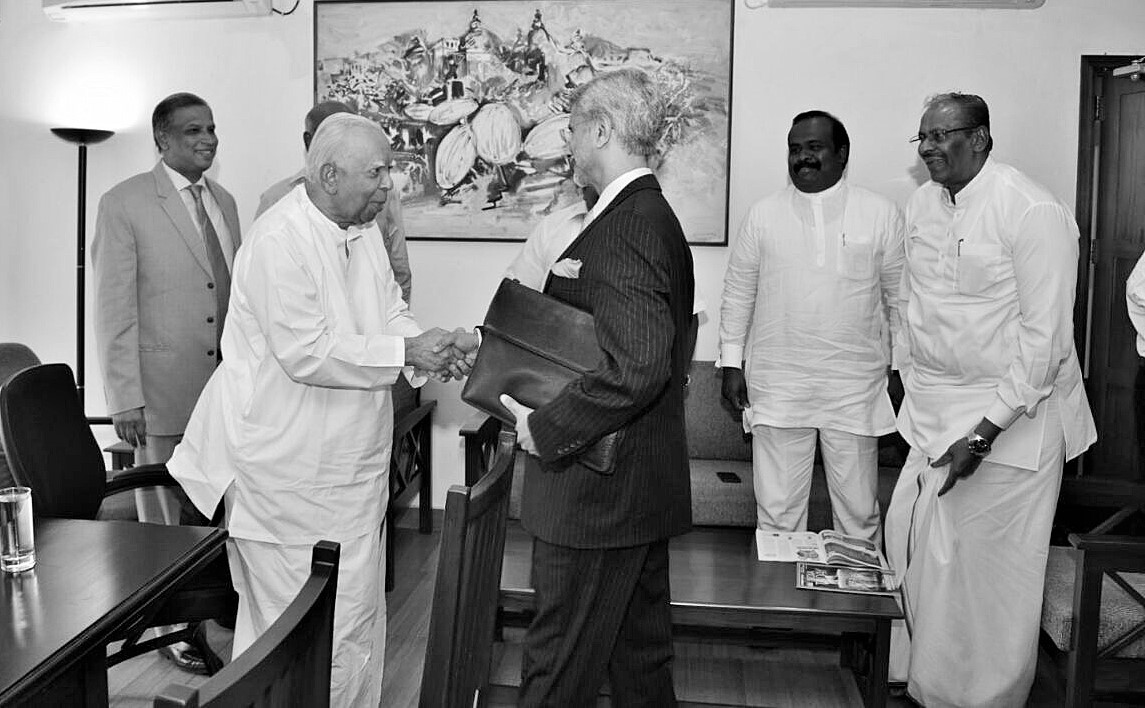 At the meeting with  visiting Indian Foreign Secretary Dr. Jaishanker today the TNA delegation apprised of some pressing issues faced by the Tamil people including the lack of progress in relation to the release of lands held by the military in the North and East, disappearances, and Tamil political prisoners today.

Dr. Jaishanker who is on a offcial visit to Sri Lanka  met with the TNA delegation today (20 Feb.) at the Indian High Commission in Colombo.

The TNA also updated Dr. Jaishankar about the new constitution, stating that the process had now stalled. The foreign secretary assured the TNA that he would raise these issues during his meeting with His Excellency the President and the Honorable Prime Minister.