TNA appeals to CM Jayalalitha: Help us to achieve peace based on justice and equality 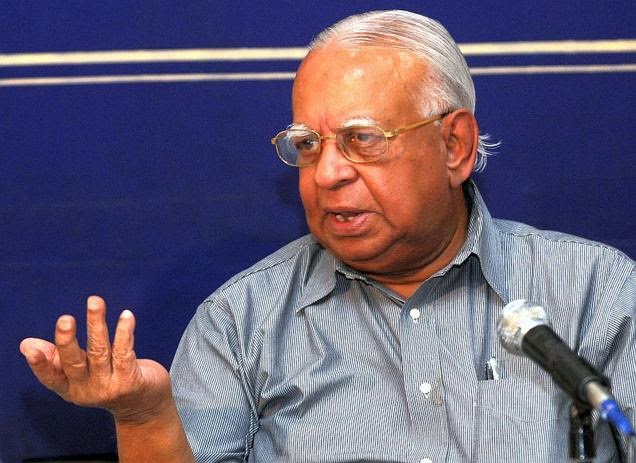 TNA leader Sampanthan writes to TN Chief Minister Jayalalitha
Dear Chief Minister,
I write to you as the leader of the Tamil National Alliance , democratically elected to substantially representate the Tamil People, particularly in the North East of SriLanka, for instance in the last election held in the Northern Provincial Council (NPC), despite the election being held under the intimidatory presence and involvement of the armed forces as concluded by both international and local observers, the TNA secure 30 out of 38 seats in the NPC.
We extend to you behalf of the Tamil people of SriLanka our warmest congratulations on your resounding victory in Tamil Nadu at the recently concluded elections to the Lok Sabha. By winning 37 out of 39 seats in Tamil Nadu, you have become the third largest party in the whole country in the Lok Sabha , next only to the present and former ruling parties. This indeed, is and astounding achievement and indicative of the influence which you have the capacity to weild. We extend to you and your government our very sincere best wishes for the successful performance of your multi-facted responsibilities.
We are thankful to you for the continuing concern you have shown towards the resolution of the Tamils question in SriLankan and we look forward to working closely with you and your government to further strengthen our ties. The Tamil people in SriLanka do not desire and recurrence of violence. Their desire is that they and all other SriLankans are able to carry on their lives in the territories they live in, based on equality and justice.
Following the anti- Tamil program of 1983, SriLanka accepted the good offices of Indian to bring about a final acceptable resolution of the national conflict in SriLanka. This has been continuing process, though at times interrupted. India hand and continues to play a role.
With the end of the armed conflict in May 2009, violence terminated and every opportunity came about to bring a permanent end to the conflict based upon equality, justice and genuine peace.
Both during the armed conflict and after its conclusion SriLanka made commitments to India and the international community to bring about an acceptable political solution. Unfortunately this has not been honoured.
We annex herewith for your kind attention a copy of a letters addressed to Shri Narendra Modi, Prime Minister of India. We have stated therein :
1. The SriLanka government has not honoured the several commitments made to India and to the International community to evolve an acceptable political solution to the national question.

2. The agenda being aggressively perused by the SriLanka government through the several actions stipulated in the said letter to radically alter the demographic composition of the majority Tamil speaking territories, the Northern and Eastern provinces and also change the ethnic, linguistic and cultural identities of the said territories.

3. The aforesaid actions of the SriLanka government are clearly indicative of the lack of genuine commitment on the part of SriLankan government to evolve an acceptable political solution.

Such actions of the SriLanka government undermine all efforts towards reconciliation, permanent peace and harmony, create an environment that promotes hostility and further cause irreparable and irreversible damage to the Tamil speaking peoples in the territories historically inhabited by them.
We have appealed to the Prime Minister that India’s continued role should ensure that an honnourable peace based on justice and equality should be brought about in Sri Lanka.
We appeal to you for your continued and fullest support to achieve the above.
We look forward to meeting with you at your earliest convenience and earnestly request that an opportunity be afforded to us.
With our warmest regards and very best wishes,