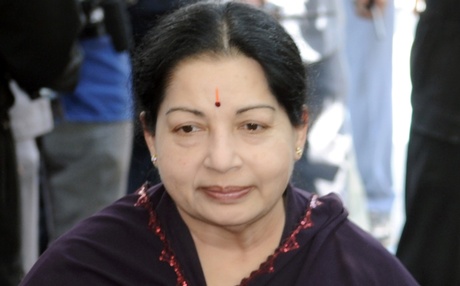 With Parliamentary session all set to begin, the UPA Government is girding up to withstand pressure from both the DMK and AIADMK to support a resolution in the United Nations Human Rights Council (UNHRC) against Sri Lanka. The Centre is, however, keeping all options open.

The US had announced last month that it would introduce a ‘procedural resolution’ during the next session of UNHRC. The resolution is expected to be put to vote before the session ends on March 22, when the Indian Parliament will also be in session.

With the DMK begining the groundwork, it remains to be seen, if there would be a re-run of last year’s intense pressure mounted by the Tamil regional parties.

Since Monday, a delegation led by DMK leader M K Stalin, including senior members of Tamil Eelam Supporters Organisation (TESO), visited a number of foreign embassies to lobby in support of the US sponsored draft resolution. They have reportedly held talks with diplomats from Italy, Malaysia and Montenegro.

The delegation also met the US embassy officials and Russian diplomats. Last year, Russia had voted against the resolution and asked Sri Lanka to launch a probe into war crime allegations. On Friday, Tamil Nadu Chief Minister J Jayalalithaa had demanded India to take initiative in introducing a resolution in the UN council to impose economic sanctions against Sri Lanka, till it agreed for a political settlement, providing equal rights to the Sri Lankan Tamils.

The pressure is likely to mount on the Centre, with both the AIADMK and DMK expected to outdo each other during the Parliamentary session, which begins from February 21.

According to sources, the DMK is likely to press for a calling attention motion in both the Houses, while the AIADMK is expected to demand a half-an-hour discussion on the subject, where it would refer to the status of rehabilitation of Sri Lankan Tamils and the progress made on political settlement.The TESO, which enjoys the DMK support, is slated to hold a conference in Delhi on February 7. The venue is Constitution club – a stone’s throw away from the Parliament. Keeping the pressure on Sri Lanka, the US had announced its plans for a resolution in the UN council, when a three-member state department delegation visited Colombo last month. In a statement it had said that the 24 countries, which had supported the 2012 resolution, would do the same this time.

Contrary to impression created in Sri Lankan media, India has not yet taken a call on the resolution. The decision would largely depend on the final wording before it is put to vote. The US indicated that the resolution would be a stock-taking exercise of the action taken by Sri Lanka, since the previous resolution.Last time, India had tried to engage Sri Lanka in making changes to the resolution but in vain. Yet, Indian diplomats worked with the US and other sponsors to make sure that the final resolution was not very intrusive. “It had been a totally unilateral move (to renegotiate the resolution),” said sources.

This time, India may not take such an active role, since there isn’t much political imperative to do so. It was to appease the Jayalalithaa Government that the UPA had backed the 2012 resolution. It was then in a hurry to mollify the state government, whose cooperation was required to crack down on the protests against the Koodankulum Nuclear Power Plant.Instead of getting involved, India wants the Americans and Sri Lankans to have direct talks  on the resolution. It means that Colombo has to make a u-turn from its stand last year, when it wanted to have no role in negotiating the resolution.

A lot will depend on the wording of the draft resolution. The US and other sponsors would submit the draft to the council 10 days before the final vote. “Even the draft will undergo lots of changes at the last minute, before it is voted upon. So, it is too early for us to take a call right now,” said a senior government official.
IE