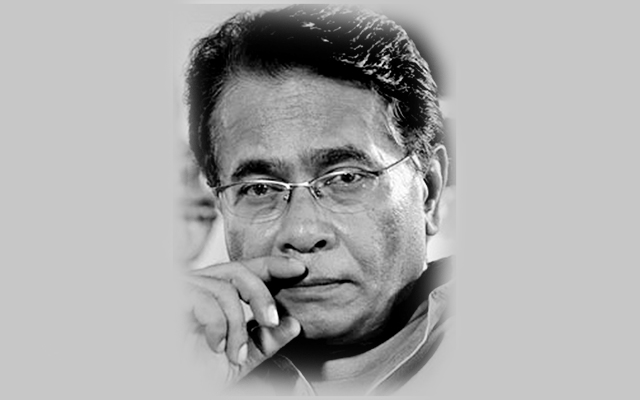 Reaffirm the power of culture over the culture of power – Edward Said.

It is a great honour to be invited to participate and speak at the Asian Human Rights Charter Workshop here at Gwangju, South Korea.

A heartfelt thank you to Mr. Basil Fernando & Mr. Bijo Francis of AHRC, Hong Kong and Mr. Kim Yang-rae, and Mrs. Inrae You of the May 18th Memorial Foundation.

Sri Lanka became a British Colony in 1815 and gained its independence in 1948 and in 1983 we embarked upon the destruction, that was the ethnic civil war. After the war ended in 2010 a new type of destruction began with the unapologetic and undeterred advent of a highly racist movement with strong fascist undertones. But in 2015 the Sri Lankan people were able to topple such a government through democratic means during our Presidential Election. Within the new democratically elected government that replaced the old dictatorial one, I was appointed the Director General for Cultural Affairs on 04 August 2017. This has been the first time such a position was created at the Presidential Secretariat. This event is the first conference I am attending, since my appointment, and it is a great source of joy to me. By profession, I am a Sri Lankan film and drama director with a career of 40 years behind me. My aim is to improve and enhance the Cultural sensibilities of Sri Lankan’s across the Island. I believe that dignity, equality and freedom are extremely important in every citizen’s life.

Not only in Sri Lanka, even in many other countries in the world the mainstream discourse on human rights is very much limited to only civil and political rights. Because of the long-standing trade union movement in Sri Lanka, there is certain amount of sensitivity to economic rights. However, when it comes to public discourse about social rights and cultural rights, it is still either at primary level or they are being totally neglected. These situations drag the social mind-set back and in time, and this severely affects the overall human rights situation in the country. However, anyone who looks at the social life in a more holistic and deeper manner would see that human rights are indivisible and inter-dependent system of fundamental human values. The ultimate meanings of human rights are to establish a social life with dignity and meaning. These in fact are basic conditions to ensure human happiness and the self-fulfilment.

Therefore, access to a wholesome culture is not only desirable, and a basic human need. It is also the right of a citizen of a modern democracy. Access to meaningful expression in arts and culture is essential for the wholesome growth of collective identities and well-being of communities and a nation, because it works as a powerful driving force for more humane and civilized life fulfilling the collective as well as personal need for dignified and meaningful existence. Hence it must be seen as a fundamental condition for the completeness of the human life. Therefore, the right to have a life associated with rich arts and cultural environment should be considered as a fundamental right in modern democratic societies. So, denying the cultural rights should be considered as being a serious human rights violation in modern democracies.

One can observe that at the Initial period of human rights discourse on Cultural Rights has not been seen as a priority area. In many occasions, culture was considered something, which needs to be merely preserved considering its historical value. On some occasions, it has been defined as only an external condition to a good life. Anthropological or Buddhist teachings shows that human behaviour in its totality (mental, verbal and physical behaviour) is something being cultivated in the society. By definition everything which is cultivated is the culture. The present behavioural patterns of vocal, physical and mental are indicative of our living culture. According to this, our ears or eyes cannot be considered as natural. They are being ‘cultivated’, ‘conditioned’ or shaped by every moment. So, these have to be treated as cultural faculties. Who has the power to penetrate condition and cultivate human faculties in a society? What are those power sites and how does this power work? It should be clear that these questions have an imperative weight in defining and conceptualizing ‘cultural rights’ in present context. These questions also lead us to the concept of cultural power. But before I respond to the questions I raise here, let me now make a quick glance at present political moment of Sri Lanka

2. Sri Lanka at a cross road

We are at an important juncture as a nation, where a broad and powerful public discourse that urges transitions into Good-Governance in areas of political and civic life is growing in strength and urgency. Part of this discourse is devoted to explore how and why we have failed in our efforts to become a modern civilized nation. In this context, I would like to pose this simple question. What actually is the problem in Sri Lanka? Are we only in an economic crisis? Are we only in a political crisis? Or, are we only in an institutional crisis?

I strongly believe that we are facing a huge civilizational crisis which has been developing without any obstacles during last 30 to 40 years; from the times of advent of open economy in Sri Lanka. However, I must quickly clarify myself; I am not suggesting at all that economic policies alone are the root cause for the crisis. Rather I would state that without gaining adequate understanding of the overarching context within which economic policies have been executed in practical terms, we may not get into the whole picture. What I mean here is the fact that there should have been some modernist transformation of ill effects related to deep power structures such as caste, gender and class during post-colonial processes but this was not the case. Due to this historical set back new negative conflicts along the lines of ethnic and religious identities broke violently paving way for huge social disasters.

Anyway, before going any further let us try an easy way to check if this thesis about civilizational crisis is plausible. Here are a few simple questions we are asking ourselves in Sri Lanka.

– Are our teachers truly teachers? Do they give proper guidance to our children to think critically and creatively?
– Are our students truly students: learning, curious, inquisitive?
– Are the doctors actually doctors, working only in the best interest of patients?
– Are our religious leaders truly leading their communities to spiritual well-being?
– Are our politicians serving truly as people’s representatives, working for the well-being of people?
– Is the media really fulfilling their role?
– Are our artists truly artists? Do they work with any serious focus on cultural and spiritual well-being of people?

Any healthy citizen in Sri Lanka would answer all these questions negatively. The meaning of all these institutions have been displaced. Because the country’s moral foundations have washed away. Are not these clear symptoms of the civilizational crisis we are in?

Then we need to accept the fact that good governance cannot dawn by mere political, legal or economic reforms; it’s a manifestation of Good People. Therefore, good governance is not possible without a radical change in our collective consciousness or ‘collective imagination’ if we are to use a concept developed by Fred Polak.

But what have we been doing about the problem so far? During the past 60 years, as a nation, we have only thought of:

We have never thought about cultural renewal – that is to transform society, and change social values and collective consciousness! But changing collective conciseness is not possible through legal, political or economic reforms. Right, then is there a way to do this? Yes, we need to understand then who has the capacity to penetrate and shape consciousness, and thereby shape moral values, fulfilling an important social role. We may term the sites as sites of cultural power.

3. Coming back to the question of Cultural Power

Then we need to answer the question, what is cultural power? It can’t be other than the capacity to penetrate and shape consciousness and thereby shape values.

Then question comes; what are the most important sites of cultural power? Obviously, they are:

We should accept the obvious fact that in Sri Lanka all these areas exist in a state of extreme ill-health. Then the cultural power works in these sectors in the wrong way and towards the wrong directions.

One need not elaborate on the sad and ironic situation that arises from the unhealthy-condition of societal organs primarily meant to bring healing to the nation and meld healthy collective consciousness.

In this situation, the character (or lack) of State cultural policies and the nature of State cultural institutions; rather than developing healthy and vibrant cultural processes which feed the well-being of the people of this country, actually exacerbate conflict, ignorance and insensitivity instead.

In fact, although the State of Sri Lanka has been a signatory to international human rights conventions (ICESCR) and to many other such international agreements related to the right to culture and cultural rights, it has not, up to now, acted with any resolve to fulfil these obligations by its people.

A study of world history and the renaissance movements that ushered communities from darkness to light, highlight the particular ability of arts and culture from among the above four factors to play a pioneering role in healing and transforming societies.

However, it has to be acknowledged that State Governance has not been able to do enough, nor has it done the right thing in order to nourish a healthy living culture amongst the citizens of this country.

Why the arts and artists in this context are important to a nation and society?

But an enlightened state can change the situation! What would be the recipe for transformative action? In this moving forward, it is imperative to have in place a strong and transformative cultural vision that compliments, informs and upholds the overall transformation envisioned. Without the base of this cultural grounding, the holistic development of the modern Sri Lankan citizen will not bear fruit.

As such the challenge for a far-sighted, enlightened state is too uncompromisingly but in correct manner intervene in these areas that provide healing and influence social consciousness. An important step that needs to be taken, in order to appropriately transform these areas, is to provide the maximum support for initiatives by committed and competent citizen groups, willing to take on leadership in this regard.
In this challenging context, how I define my role as an artist and cultural leader?

4. Our role – is to correctly interpret the role of arts and culture?

We should find ways to Move arts and culture into a central role in the development of the people and the nation. These tasks entail the following;

5.Towards a Sri Lankan discourse – in achieving cultural rights in Sri Lanka:

Now finally I would like to formulate a set of rights in relation to the area of arts and culture which we will try to put in the agenda of Human Rights.