“To develop a graduate who will contribute to fulfil the health requirements of the individual and of the community with competence, compassion and care”

I respect the medical profession when it respects the “Oath of Hippocrates“. I will respect them if they stand for patients’ rights. I would have respected them if they stood up for much needed reform in this country; independent commissions, electoral reforms and at least for the Right To Information Bill (RTI). But they have not and they don’t. They have not stood for the people and will not. Not even with other professions and members of the health sector. Not even with the patients, in the interests of petty gains for themselves. 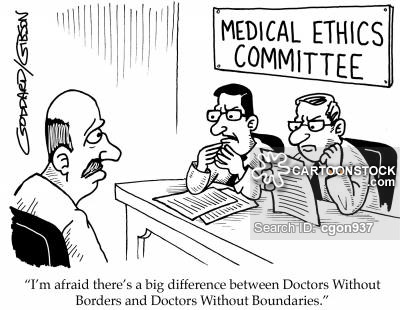 Yet this is not about the medical profession. This is about the men who run the Government Medical Officers’ Association (GMOA). They now demand duty free vehicle permits and threaten to strike if they are not granted them.

Why should they be given duty free vehicles at the expense of the tax payer?

A medical doctor, having completed his or her 05 year medical degree at very heavy expense to the people which is no small sum as for any other degree, begins his or her career in a government hospital with an estimated “take home salary” of over Rs.115,000 per month. The gross take home first salary includes a Rs.26,160 basic salary lavishly topped up with Rs.61,840 pensionable and non pensionable allowances “plus” another allowance of Rs.4,000 for the telephone. Added are 120 hours of overtime and 03 payments of 20% of the pensionable salary for work during public holidays and weekends.

In contrast, a graduate teacher is paid only Rs.15,540 (on service minutes gazetted on 23 October, 2014) plus allowances (includes the Rs.10,000 added this year) that constitute a total monthly salary of Rs.33,340 which is even less than the Disturbance & Travelling (DAT) allowance of Rs.35,000 given to a medical doctor. Teachers are not eligible for any extra payment for their work after school hours and weekend work. They are not even paid an allowance for stationery , which they have to buy out of their personal pocket. The teaching profession is not considered worth a “duty free vehicle”.

One may say the difference is in the duration of the degree and that their general degree is not meant for a professional job. Let me say very briefly that every single medical doctor is a product of 13 years work by these teachers educating in schools. That work and the responsibility it carries cannot be simply written off and they too deserve as much in terms of salaries, if we are serious about improving the quality of teaching and building a respected teaching profession.

Of the larger population of the medical doctors who have not obtained a Doctor of Medicine (MD) and are known as “general practitioners”, a rare few remain as “noble” men in the profession and are not ethically and morally represented by the GMOA. All others often earn much more than their take home pay, from what they call “PP” (Private Practise). Again allowing for a few who are actual doctors, most “Specialists” in government service spend more time in private channel services and easily earn Rs.1,000 per patient net, for a minimum of 25 patients for 24 days in a month, amounting to Rs.600,000 unaudited and mostly nontaxed income over and above their sumptuously large monthly salary.

Why should the GMOA ask for more at the expense of the people when they are not even talking of improving the health service? In fact it is the GMOA that should be held responsible for most ills and vices in the health sector. They virtually control the entire health service including the provincial administration. The General Secretary of the GMOA had told media (DN – 02 Dec, 2015) that they have in the past been meeting all Ministers in charge of Health on a monthly basis and additionally anytime they felt there was a need for it. They have thus established a system in the health sector over the years that allows only medical doctors to hold top administrative posts in the Health Ministry and in the provinces.

According to the last “Medical Service Minutes of the Health Service” gazetted on 11 October, 2014 there are 298 such posts in the health sector that includes top decision makers who should be held responsible for everything from drugs to dressings and administration that impacts on every citizen’s health. These posts are almost totally manipulated by the GMOA. If one thinks it is the government or the health minister who should be held responsible for drug shortages and mismanagement in rural hospitals, one is taking the easy way out in finding scapegoats. It is the top administrators in the health sector who are all medical doctors [All medical officers with valid full registration of Sri Lanka Medical Council for practicing as a Medical Officer are eligible for recruitment (for these administrative positions) as said in 7.2 (a)2 of the service minutes] with responsibility to decide and implement, and in tow with the GMOA who are responsible for all blunders in the health sector.

That responsibility and duty is quite clear in what the “Medical Service Minutes” says about assignments. “Officers who belong to the Medical Service of Sri Lanka Health Service which is an all island service and governed by this Service Minute should engage themselves in the service under the Ministry of Health; General Administration (Ministry of Health, Decentralized Units), patient care services (Curative Services) and Public Health Services (Preventive Services). These officers are responsible for patient care management and provision of health care services…..”(emphasis added)

The GMOA has also proved they are unbelievably selfish and would resort to any dirty method in establishing their total authority over every single function in the health sector. During the past decade at least, the GMOA leadership has been acting as a “mafia” threatening any proposal, any decision they feel don’t add more to them and would give other services and trades in the health service anything better. That at the expense of innocent lives they wouldn’t care holding as hostage. The GMOA uses trade union action for their benefit, but violates all norms of trade union activism opposing every demand put forward by other health sector unions. They were against nurses, against paramedics asking for salary revisions or increases and service promotions. They even opposed a 04 year degree on allied health studies designed by the Peradeniya University for paramedics. The GMOA used big money to challenge the right of paramedics to read for a 04 year degree in the Courts, going all the way up to Supreme Court level. They were later accused of threatening and using “thuggery” to stop clinical training of paramedic undergraduates that had to be in teaching hospitals.

Even “charge sheets” served by the Public Service Commission (PSC) it is said, prove the GMOA has turned a noble profession dirty. Most charge sheets are on personal clashes over individual interests say hospital sources. That’s how selfish this profession is. It is now craving for more and more money and privileges, which the GMOA promises is within their capability in everything they do.

We therefore come back to the question, “why give them duty free permits every 05 years?” That is no employee right. This was started in 1991 as a privileged offer to keep administrators and professionals silent when permits were given to MPs. Since then there have been over a dozen amendments to this offer making it more and more easy, for profiteering. It has now led to open corruption. It is now necessary to scrap the whole scheme of providing such privilege to any and all. “Duty free” in simple terms means that legitimate income that needs to go to the consolidated fund for public use is effectively denied. This scheme thus denies the citizens of this country of billions of rupees. If on an estimate, there are 12,000 medical doctors and Specialists eligible for duty free vehicle permits and at an average the duty free concession is around Rs.2.5 million per vehicle imported, the revenue loss for the people of this country would amount to a colossal sum of Rs.30,000 million.

How can the GMOA demand duty free vehicle permits, leaving patients’ lives at risk while holding the Hippocrates Oath in hand? It is time the society says a loud and firm “NO” to the GMOA from holding human lives hostage to gain their greedy demands. They’ve already been allowed too much.