Time for international action on accountability in Sri Lanka 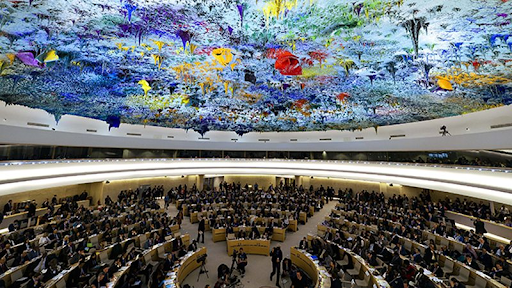 Although the resolution does not expire until March next year, and the Office of the High Commissioner for Human Rights (OHCHR) will continue to monitor the progress towards fulfilling it, the Sri Lankan government’s withdrawal means that the resolution is now of little value. The government has expressed its contempt for the measures outlined in the resolution and we can expect that the limited progress made so far will be halted or even reversed.

For some Tamil victims and war survivors struggling to obtain justice over the past decade, it is a move that is likely to be greeted with a combination of anger and despair. For many others, it is one which will simply serve to vindicate what they have long said: that the Sri Lankan state is terminally incapable of acting of its own accord to address allegations of serious crimes by its own forces.

What is clear is that the current framework for advancing accountability in Sri Lanka is no longer viable. This is because a core assumption of that framework – that the government of Sri Lanka is a willing and supportive partner when it comes to addressing war-time violations – no longer holds.[1] Now that the government has categorically rejected its pledge to establish a credible accountability mechanism, it is time for the international community to act where the Sri Lankan state refuses to.

First and foremost, that means working to establish an international accountability mechanism for Sri Lanka; a proposal long supported by many victims and Tamil human rights organisations, and now backed by a sizeable coalition of major international human rights groups, including Amnesty International, Human Rights Watch, and the International Commission of Jurists.

But it also requires member states to take other immediate and direct forms of action: developing processes to collect and preserve evidence of atrocity crimes (along the lines of the ‘IIIM’ mechanisms established in Myanmar and Syria), pursuing alleged perpetrators abroad through the use of ‘universal jurisdiction’, and applying targeted sanctions against those credibly accused of the worst violations.

Unfortunately, members of the international community are yet to demonstrate that they are up to that task. In a weakly worded statement delivered last week by the UK on behalf of the ‘core group on Sri Lanka,’[2] countries spoke merely of their “deep disappointment” with the government of Sri Lanka’s withdrawal, but failed to outline any costs or penalties that would result from it. The core group also spoke of their “profound commitment” to resolution 30/1, a statement that holds little meaning given that the Sri Lankan government has now made clear that it is not a commitment which it shares.

In short, they are little more than warm words. And they are not enough.

As Sri Lanka looks set to yet again embark on the strategy of seeking to deflect international pressure and delay meaningful action through the use of a sham domestic inquiry, members of the international community have a choice to make: will they listen to what survivors of atrocity crimes insist is needed to address the past, or will they give in to proposals from perpetrators designed to pave it over? It is a choice which – while requiring courage, determination, and political will – should not be a difficult one.

[1] Indeed, as the Sri Lanka Campaign and others have pointed out, this is an assumption that was increasingly tenuous long before last week’s announcement (including under the previous government).

[2] An informal collective of states – currently comprised of Canada, Germany, North Macedonia, Montenegro and the thatUK, who have acted as the prime movers on Sri Lanka at the HRC in recent years.