Tiger taxes in the past, Islam Hala taxes today – JHU 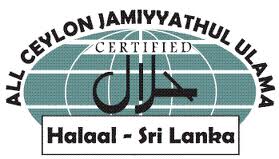 The General Secretary of the Hela Urumaya Minister Patalie Champika Ranawaka has alleged that similar to the attempt made by the LTTE leader Prabhakaran to divide the country using weapons, the Jamiyathul Ulema Organization is attempting to divide the country by Halal.   He said that they are Islamizing the production process of this country and the whole world and added that bringing in of Arab culture to this country would lead to major conflicts.

The General Secretary of the Hela Urumaya Minister Patalie Champika Ranawaka made these comments addressing a media conference held at the auditorium of the National Library at the Independence Road in Colombo.

The murderous Prabhakaran attempted to divide the country in an armed struggle. The Jamiyathul Ulema Organization is attempting to divide the society through the whole production process.  Who has given authority for this organization to issue Halal quality certificates? They are Islamizing the whole production process using an assumed authority.
A minority group has imposed “Halal” on the majority of the people.  At present there is no non-Halal milk power in the markets of this country.  None of the people in this country has been able to drink a cup of milk in this country which has not been dedicated to Allah.   Non Islamists are being forcibly given food and other items offered to Allah.

The Jamiyathul Ulema Organization is earning Rs. 75 Million annually by issuing Halal certificates.  Those days the tiger terrorists taxed the people.  At present these people are imposing taxes in the name the religion of Islam.  We should not allow the people of this country to pay Halal tax anymore.  The time has come to liberate the country from Halal Tax.

We were observing this background since a long time.  We cannot allow any more for this forcible act to continue  If attempts were made to bring in the Arab culture to our country it would lead to a major conflict.  We totally oppose causing any harassment to any Muslim business venture, mosque or a person of Muslim faith.  We only oppose Halal terrorism.

The President of the JHU Ven. Aturalia Ratana Thero speaking at this media conference said:

There are many problems in the society today because of attempting to socialize Islam attitudes.  Earlier there was no division in the consumption of food as Sinhala, Hindu, Muslim or Tamil.  But because of the Halal certificate of the Jamiyathul Ulema Organization a major division has been created in the country.

In the future Muslim brethren will not be able to eat Kevum, milk rice etc., from a Sinhala house for the Sinhala New Year and rice from Dansals during Wesak.  It is because they have not been made Halal.

Buddhists do not get divided on simple issues.  We adopt whatever the good things in any religion.  But we should not allow the spread of extremism of this minority.