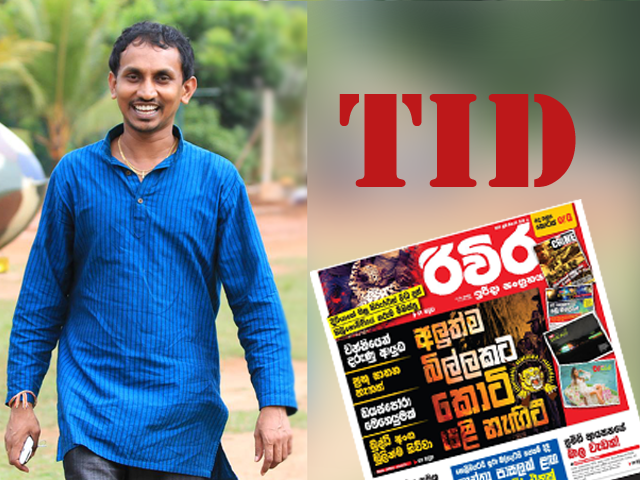 (19 July 2018)  The Associate Editor of Rivira Sunday newspaper Tissa Ravindra Perera has been summoned by the Terrorist Investigation Division (TID) to record a statement on Friday (20) over ongoing investigation of a news article.

In a letter, the TID Director informed the Rivira Newspaper Chief Editor that the TID had launched an investigation into a news article published by Rivira Newspaper on June 24 this year under the titled Aluthma Billakata Koti Nagitiy.

The TID said they were investigating under the Prevention of Terrorist Act and Journalist Raveendra Perera had been informed to report to the TID tomorrow (Friday) at 9 a.m. to record a statement.

The letter send by TID: 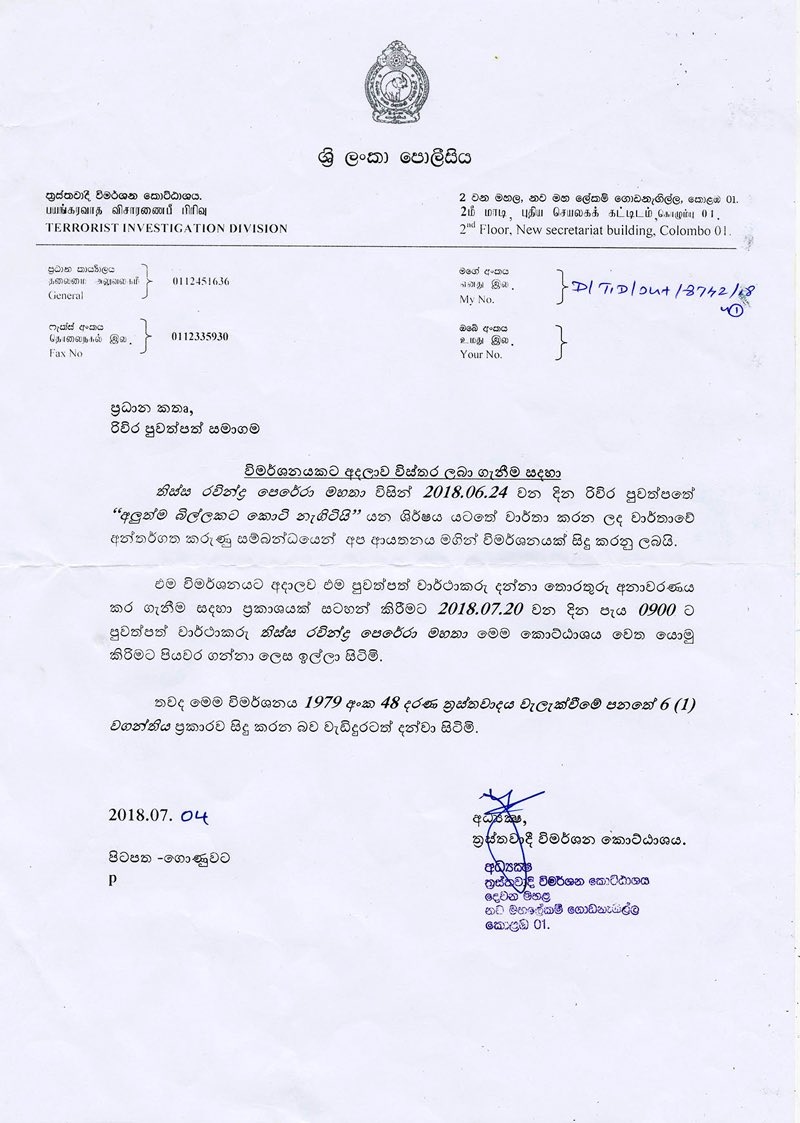