Three Years On, No Clues on Prageeth Ekneligoda’s Disappearance 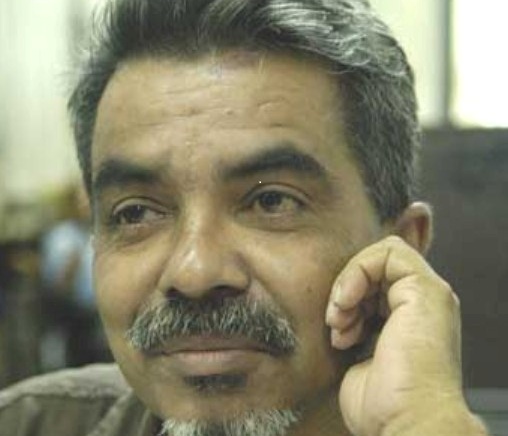 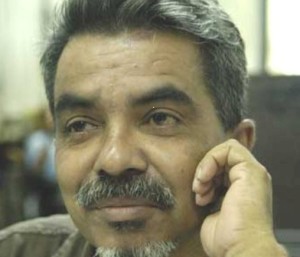 On the three-year anniversary of the disappearance of journalist Prageeth Ekneligoda, the International Federation of Journalists (IFJ) joins partners and affiliates in reminding the Government of Sri Lanka that it continues to be seriously remiss in meeting its commitments on national reconciliation and fixing accountability for human rights abuses during the island nation’s quarter-century long civil war and its immediate aftermath.
Ekneligoda, a freelance cartoonist and columnist whose work has appeared in various print and online media outlets, went missing while returning from the office of the news website Lanka-e-News late on the evening of 24 January 2010. In his last known telephone conversation with a friend, he said that he was going to visit somebody who he did not identify.

Sri Lanka’s first presidential election since the civil war against Tamil separatism was declared over in May 2009, was scheduled to take place on 26 January 2010, pitting incumbent President Mahinda Rajapaksa against Sarath Fonseka, the retired general who had led the Sri Lankan army to victory in the war.

Ekneligoda who has frequently taken time off from his journalism to engage in political activism, was known to have participated in Fonseka’s campaign and contributed publicity material for it.

Ekneligoda’s wife Sandya lodged a complaint soon after he went missing with the police station nearest their home. This was also registered with the police station with jurisdiction over the neighbourhood of the Lanka-e-News office. Failing to obtain any manner of assurance from these quarters, Sandya Ekneligoda approached the more specialised investigative agency under the Sri Lankan police, the Colombo Crimes Division (CCD).

In March 2010, Sandya Ekneligoda filed a habeas corpus petition in the High Court in Colombo. The bench began hearing the petition in May and since then the investigative agencies have repeatedly asked for adjournments to ascertain details of the case.

On the first anniversary of the disappearance, Sandya Ekneligoda handed over a letter at the office of the United Nations in the Sri Lankan capital city. The matter has also been brought to the attention of the U.N. Human Rights Council, through the UN Working Group on Enforced and Involuntary Disappearances.

The IFJ regrets to note that despite interventions at all these levels, there has been not been the slightest clue about the circumstances of Ekneligoda’s disappearance.

“We are also disturbed at a pattern of careless and insensitive interventions in the matter by official spokespersons”, said the IFJ Asia-Pacific.

In an interview with Sri Lanka’s largest English-language newspaper, the Daily Mirror in 2010, Defence Secretary Gotabhaya Rajapaksa, brother of the President, professed himself ignorant about who Ekneligoda is and suggested that he may have “disappeared himself”.
At a review meeting on the U.N. Convention on Torture in November 2011, former Attorney-General Mohan Peiris, officially representing Sri Lanka as a state-party, claimed to have information that Ekneligoda had gone into exile and was living in a foreign country.

On being summoned by the magistrate hearing the matter to explain himself in May 2012, Peiris who has recently been appointed Chief Justice of Sri Lanka’s Supreme Court, admitted that he may have spoken in ignorance.

In 2012, Sri Lanka’s Free Media Movement (FMM) and other associations of journalists decided to observe January as a “black month” to commemorate Prageeth’s disappearance, Lasantha Wickrematunga’s murder and numerous other atrocities against journalism that by coincidence or otherwise, occurred in that month over various years. The first public gatherings held under the campaign were dispersed by stick-wielding toughs mobilised by the ruling party. The FMM and partner organisations also attracted the hostile attention of government spokespersons and were attacked in most extreme terms over the state-owned media.

“We see the same pattern of behaviour recurring today, with campaigners for a free judiciary who have been mobilising after the controversial impeachment of Sri Lanka’s Chief Justice earlier this month, suffering similar intimidation and vilification”, said the IFJ Asia-Pacific.

“These events and the government’s continuing default on redressing the severe abuses against media freedom that occurred during years of internal strife, suggest that the Rajapaksa regime has a long way to go in merely establishing its intent to pursue a course of national reconciliation”.

“We extend our solidarity to the FMM and other partners, including the Sri Lanka Journalists’ Association, the Federation of Media Employees’ Trade Unions, the Sri Lanka Tamil Media Alliance and the Sri Lanka Muslim Media Forum, as they resume their ‘Black January’ campaign on 28 January under the slogan ‘Resist Suppression of the Media – Uphold Rule of Law’”.