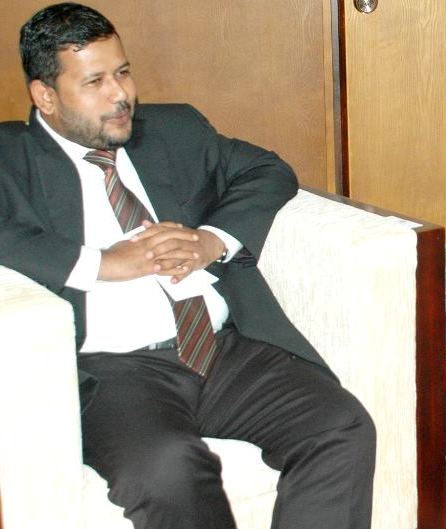 By Tisaranee Gunasekara
“This accursed, shortsighted statecraft!” – Heinrich von Kleist (Prinz Friedrich)
The Eastern province, multi-ethnic and multi-religious, is Sri Lanka’s Achilles Heel. Mishandle the East and the outcome will not be a cleanly bifurcated separatist war.
Mishandle the East and the outcome will be a ‘war of all against all’, involving every ethnic/religious group in Sri Lanka (plus several foreign powers in supportive roles), and infecting every nook and cranny of the island.


That is why attention must be paid, when three constituent parties of the UPFA warn publicly that Rajapaksa policies are endangering civil-peace in the East. According to Minister D. E. W. Gunasekera, “the UPFA’s election strategy would only contribute to the strengthening of separatist and fundamentalist sentiments not only in the multi-ethnic Eastern Province, but also in the entire country…” (The Island – 27.7.2012).

Instead, there is heedless talk about of the rights and the wrongs of the Sinhalese/Tamils/Muslims/Christians, as politicians with no real interest in popular concerns jockey for easy votes.

The government is not only holding unnecessary elections with a divisive potential in a volatile province, it is also trying to set the minorities at loggerheads in order to enhance its power and save its favourites.
The far from subtle attempt to recast Minister Rishad Bathiudeen’s alleged attack on the judiciary as a Tamil-Muslim conflict is an excellent case in point. A long standing dispute between two groups of fishermen – Tamil and Muslim – led to the Mannar incident. The Magistrate is Tamil while the Minister who allegedly threatened him is a Muslim. The regime is using these facts to prevent the judiciary from comprehending the danger to its independence – by interpreting the attack on the judiciary by a cabinet minister as a private conflict between a Tamil man and a Muslim man.

Courts are fallible entities; even the fairest, most unbiased judgement can have its detractors. If one is unhappy with a judicial decision, the proper response is not to threaten the judge, accuse him of being a Tiger-supporter, try to get him transferred or demonstrate outside the courthouse but to seek redress in a higher court. Threatening a Magistrate or holding violent protests against judicial decisions is wrong, irrespective of the ethno-religious (or any other) identity of the parties concerned.

The day we accept threats/violent protests against the judiciary as right and proper is the day Sri Lanka will take that irretrievable step into anarchy.

In Sri Lanka the cancer of impunity is spreading rapidly. The practice of covering up a crime, if it is committed by one’s own side, is being established. The habit of allowing wrongdoers with the right connections to get away scot-free is being created. The Mannar incident is an important step on this road to the abyss.

Those who try to defend Minister Bathiudeen, either because he is a Muslim or a Rajapaksa-acolyte, are feeding this monster of impunity, advertently or inadvertently. If Minister Bathiudeen manages to escape justice by playing the Muslim card, it will encourage every other Rajapaksa favourite to abuse power, safe in the knowledge that they too can use the Sinhala/Buddhist/Tamil/Catholic card to escape justice. Such an outcome will cause an exponential increase in abuse and impunity and endanger the rights and the safety of Lankans of all ethnicities, religions and political persuasions.

From a Lankan perspective, the post-war years have been a time lost. There was no real attempt to resolve the ethnic problem. The regime thinks that minority grievances are about the absence of highways, bridges and high-end sports facilities. Reconciliation has been reduced to platitudes plus cultural shows. Economic woes are on the rise while the Lankan economy is more indebted and more fragile than ever before. Crime, including murder, rape and child-abuse, is becoming the norm from Point Pedro to Point Dondra.
But from a Rajapaksa perspective, the post-war years have been good years. The strength and longevity of familial rule have been ensured via the 18th Amendment. The Lankan state, economy and society are being compelled into a trajectory suited to Rajapaksa interests, needs, whims and fancies. For instance, motor racing and rugby are being prioritised and promoted (often at public expense/inconvenience) because they are the favourite indulgences of Presidential offspring. According to media reports, Sri Lanka’s first Space Academy is to be constructed in Koggala at a cost of US$ 20 million (this in a country with a 20 percent child-malnutrition rate).

Is Sri Lanka beggaring herself still further to ‘join an elite band’ of 44 satellite-owning countries because the Presidential père wants a satellite named after him? Or because the youngest Presidential fils wants to become “the youngest astronaut in the world and the first in Sri Lanka” ?(http://magazine.lankahelp.com/2012/02/27/rohitha-rajapaksa-a-model-a-doctor-to-be-and-soon-to-be-an-astronaut/)

A stable state needs a broad base of stakeholders. Under Rajapaksa rule, the stakeholders are becoming less and less representative not just of the intensely pluralist Lankan society but even of the SLFP/UPFA. The Familial state is also proving to be remarkably inept in governance. For instance, substandard fuel sold by the state, for the second time, caused at least 10 trains and around 100 buses to malfunction last week.
A Familial-state is bad enough; a Familial-state which cannot even perform the most routine task without making dangerous blunders is immeasurably worse. To prevent the public from noticing this reality and reacting to it, potent diversions are necessary.

The Tiger-bogey is helpful but inadequate; to fill the gap it may be necessary to keep various ethno-religious groups in a state of eternal suspicion and fear of each other. If Sinhalese fear Tamils, Tamils are suspicious of Muslims, Muslims fear Buddhists and Buddhists are suspicious of Christians, public attention will zoom not on economic or governance issues but on each other’s (real or imagined) iniquities. Keeping the country in the throes of such a destructive-ferment can help the Familial state to hide its own crimes and mistakes; and bolster its strength by playing the role of independent-arbiter of conflicting communities.

The Ruling Siblings do not want to share power even with fellow Sinhalese or SLFPers, let alone minorities. Perhaps the Rajapaksas think that setting Tamils and Muslims at loggerheads would be the best way to evade a political solution. After all, if the Tamils and Muslims are at war, the Rajapaksas have an ideal excuse to delay a political solution, endlessly. Plus any whiff of Islamic fundamentalism of the political variety in the East can be used to get India and the West off Rajapaksa’s back.

Lankan history teaches us that ethno-religious conflicts cannot be stage-managed. Once ignited, they assume a life of their own, uncontrolled by those who fathered them for political gain. Given its demographic realities, an Eastern conflict will be a labyrinthine one, involving both ethnicity and religion. Given the depths of brutality, irrationality and degradation religious fanaticism can make men plummet, an Eastern conflict will make the long Eelam War seem rather mild by comparison.