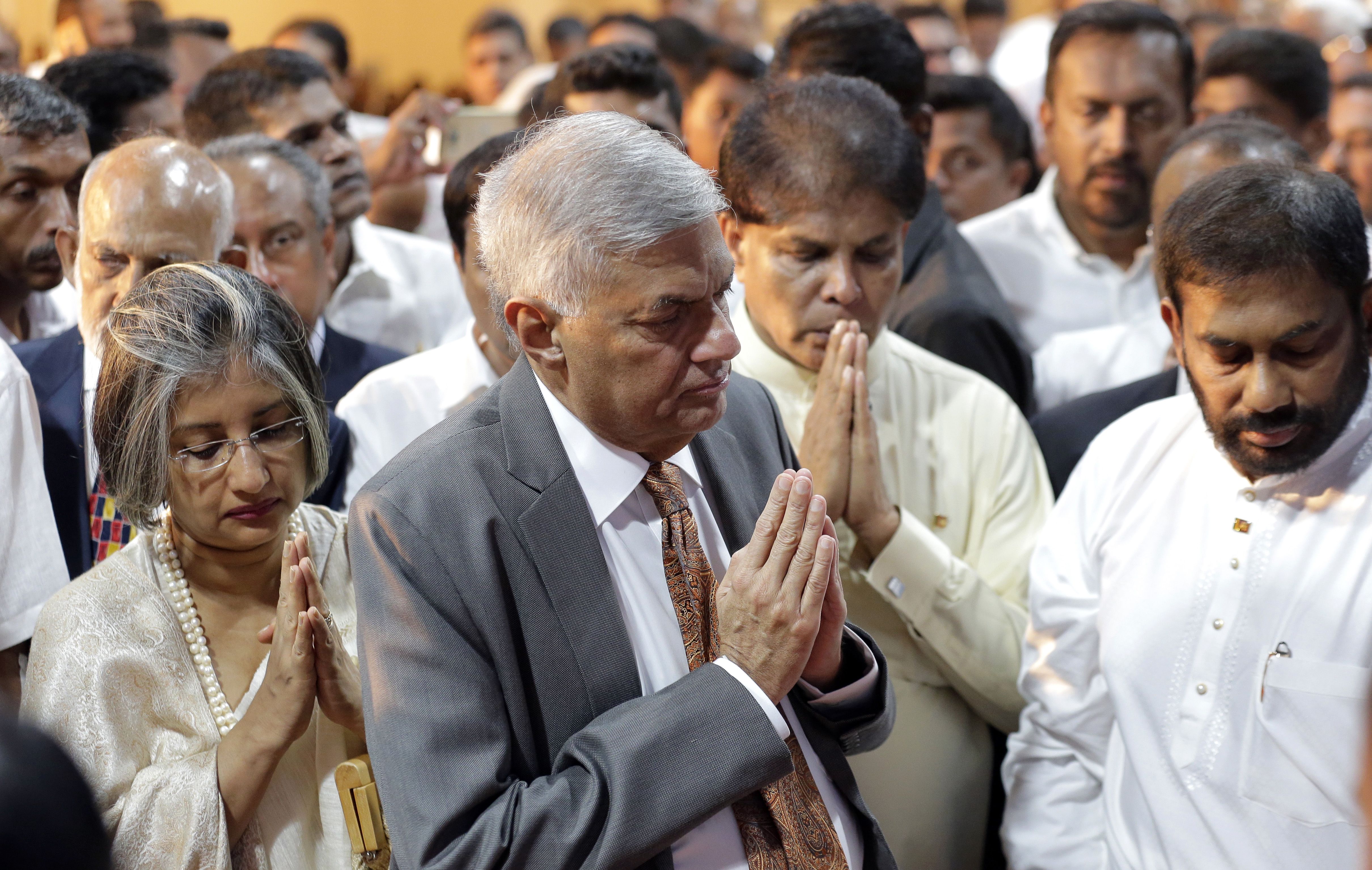 Image: UNP Prime Minister (Ranil Wickremesinghe) and his inner coterie had not robbed the Central Bank of Sri Lanka …

As Sri Lanka’s Presidential election counts down to a tense culmination in two weeks, let us have the comfort of imagining in a parallel and more hopeful universe, that following the crushing defeat of the Rajapaksas in 2015, its newly formed ‘Pohottuwa’ Party had cleansed its ranks of the highly corrupt, the highly murderous and the highly racist, modeling itself on the lotus bud that it had chosen as its symbol.

As many would cackle, this would perchance have been wondrously impossible, given the political miscreants who broke away from the Sri Lanka Freedom Party (SLFP) alliance with the victorious United National Party (UNP). But then, as all religions proclaim with solemnity, even the worst sinner among us can be reformed, So such a reform process might have occurred, albeit as unlikely as that may be.

Let us also imagine that, on the other side of this political divide, the good governance UNP Prime Minister (Ranil Wickremesinghe) and his inner coterie had not robbed the Central Bank of Sri Lanka scarcely before the lights of that grave swearing-in ceremony of a new regime at Independence Square had dimmed and indulged in that cruelly cynical joke again, one year later. Or that, the new President (Maithripala Sirisena) had not brought in rejected political jokers in the SLFP to Parliament through the device of the National List.

For that matter, it does no harm to further hope that ‘good governance’ supporters would have had the good sense not to frolic in legal cloud cuckoo land, (which some are still nostalgically lingering in), and engage in a policy of ‘see no evil, hear no evil, talk no evil’ until ‘yahapalanaya’ misdeeds became too deafening to ignore. Given chronic political instability at the time, the worst possible miscalculation was to plan sweeping constitutional or transitional justice reforms in select huddles without engaging core electoral constituencies in the South. Other questions remain outstanding. Why was a ‘yahapalanaya’ styled draft Counter Terrorism Act pushed for and why did ordinarily vociferous opinion lobbies tiptoe around its highly problematic clauses? If it was a Rajapaksa Presidency which had proposed this draft, would not the uproar have been immediate?

Do we laugh or do we cry?

In the North and East, indignation of war victims was left to smolder. At the end of four years, let alone major corruption scandals, not even emblematic cases of gross human rights killings of aid workers and students in Mutur and Trincomalee, the assassinations of editors and others who had incurred Rajapaksa wrath, were properly dealt with. The crowning folly was the criminal dereliction of duties by security and intelligence officials running helter skelter between a hostile President and Prime Minister resulting in the April jihadist attacks on churches and hotels. Is there any other country in the world where an Inspector General of Police (IGP) is indicted for murder but not dismissed from his post through mandated parliamentary procedure or where the Chief of the Police Financial Crimes Investigation Division (FCID) is himself investigated for money laundering? Do we laugh or do we (fittingly) cry?

So when Ministers supporting the UNP led alliance’s Presidential candidate Sajith Premadasa complain bitterly of ‘Rajapaksa moles’ in the FCID, in the Attorney General’s Department and acting as erstwhile Ministers of Justice as well as Law and Order no less, this is sheer tomfoolery. The point is not that these claims are not true. But are we asked to believe that the political leadership did not know that these charades were taking place under its very nose? Or did it know and did it collude in the expectation of a divide and rule policy aimed at bifurcating its political opposition? Which is worse, monumental incompetence or diabolical machinations on the part of those holding the reins of State? Or was it a unpleasant mixture of both? Maybe it scarcely matters anymore.

But politicians should not parrot deceptive refrains of being ‘on the path to good governance’ with which the public was hood winked in 2015. This is the deeply unenviable extrication of himself from ‘yahapalanaya’ failures that confronts Premadasa. On the other hand, ghosts of the past haunts ‘Pohottuwa’ contender Gotabhaya Rajapaksa despite ads projecting him to be a silver haired elder to whose tender care, the nation can be safely entrusted. This is a beast-in-waiting, quiet and deceptively benevolent but with the potential of unleashing extraordinary fury once State power is captured.

Rude caricature of a poll

Sharp and critical choices need to be made. The angry throwing up of hands at stupidities of Presidential candidates or a useless opting for ‘independent candidates’ is an indulgence that we cannot afford. As promising as they appear to be, these ‘independents’ are only bartering for a vote that will be wasted. Their emergence would have been greatly relevant as a ‘third force’ in a General Election but not now.

In fact, this has become a rude caricature of a presidential poll, ranging from an overlong ballot paper including ‘independents’ on which millions of public funds are wasted to each manifesto outdoing the other in terms of handouts and little focus on the Rule of Law excepting bland assurances. Meanwhile we have a President’s Counsel of ‘Pohottuwa’ colours warning Muslims that if they did not support his candidate, they would have to face ‘retribution’, couched in colourful language as it were. Is this the level to which this country’s legal profession has sunk to?

What is the point of the Supreme Court decreeing guidelines as to who will be conferred ‘silk’ with such ugly professional conduct becoming the norm? I suppose that question is redundant given the politicisation of civil society, the judiciary and once respected legal and medical professions. This is a cancerous growth, corrupting the country’s democratic progress. It must be exposed and ruthlessly ripped out.

Of foolish dreams and false starts

This is why Sri Lanka has been a country of poignant false starts, of glorious promises and abruptly miserable endings, of numerous ‘ifs’, of citizens always dreaming foolishly that, just around that elusive corner will be the nation’s hope, the one man or woman who will pull them out of hopeless quicksands.. But the problem is not with one individual or a family. It is with systems, with institutions, with processes that have become irreversibly polluted, whether couched in liberal gobbledygook or in a dictator’s upraised finger.

Each time that we have elections, we loose that much more of the nation’s energy, its ability to hope and dream. Sri Lanka’s inimitable singer Sunil Perera warned recently that he would be exercising his vote this time, not out of an abundance of cheery optimism but out of an acute apprehension that he would be murdered in his bed if he chose wrongly.

Is this the melancholy choice that we are faced with, majority and minorities alike?