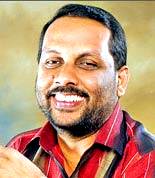 The Disaster of the Minister of Disaster Management
Dushy Ranetunge, opposite the British High Commission, December 22, 2012, 7:48 pm

The Sri Lankan Minister of Disaster Management, Mahinda Amaraweera, was seen driving on the wrong side of the road, up Bauddhaloka Mawatha, damaging another vehicle and subsequently threatening a female passenger for taking pictures of the accident scene.

Last Thursday December 20th, (approximately 2 pm) a white Toyota Landcruiser WP-KQ 4566 driven by Amaraweera was seen trying to enter Bauddhaloka Mawatha from Wijerama Mawatha. He was attempting to turn right to travel in the direction of Thummulla.

He could not move far as he was blocked by oncoming traffic on Bauddhaloka Mawatha travelling in the direction of Borella. Amaraweera was now head on with an Audi 4X4 Reg no WP KS1971 and a Kia Sorrento 4X4 Reg WP KM 3022, right in front of the British High Commission. I was at the wheel of the Sorrento.

The smart lady driver of the Audi put her head out and screamed at the Minister to reverse his vehicle, while the Kia Sorrento blared its horn continuously. At the time, we did not realise that it was the Minister of Disaster management who was driving on the wrong side of the road.

Police officer Bandara (88812) stood in the middle of the road and observed the whole incident.

Police officer Bandara (88812) shook his head at the lunacy of the Minister who was driving on the wrong side of the road and intervened to try to help him get out of his knickers, which were clearly in a twist.

With the female driver in the Audi screaming and the Sorrento blaring its horn and gesturing at the Minister to reverse his vehicle off the road, the minister seemed in a state of panic. This was clearly not a disaster that he was competent to handle with any degree of confidence.

In his panic, he temporarily lost control of his vehicle. It lunged forward, banged into the Sorrento and dented my front number plate. Police Officer Bandara (88812) continued to shake his head at what was taking place before him.

The ladies in the two vehicles started taking pictures/video of the accident scene and the commotion.

It was a minor incident, and if the minister had apologised we could have all gone our separate ways. But unfortunately it was not an apology but arrogance that confronted us. Some goons came running to the scene.

The minister, his front seat passenger and Boteju took offence at the lady in the Sorrento for taking pictures and surrounded her. Boteju grabbed the mobile phone used to take pictures.

He threatened that he would dash the lady on the ground.

The minister then left the accident scene in vehicle KA 4161.

Boteju quickly sat on the driving seat of KQ 4566, where the Minister previously sat. He now claimed that it was he, and not the minister who was driving. It was a comical farce as he was being videoed and observed by not only the crowd on the pavement but also police officer Bandara. Boteju picked up a pistol from the centre console where the Minister had been sitting inside KQ 4566 and got out, shouting and screaming.

Although at the time he whispered secret instructions to police officer Bandara and others, demonstrating an air of authority, later at the police station, the minister’s front seat passenger referred to the Boteju as a driver. I inquired if all ministers’drivers handle firearms?

Some police officers suggested that Boteju was a member of MSD, or Ministerial Security Division. The suggestion is that he was a state officer, living off the taxpayer and demonstrating his arrogance at the population, even trying to commit fraud by claiming that it was he and not the minister who was driving.

A 3-wheeler driver, observing the whole incident, muttered to me, “this is what happens when you vote for animals”. I was surprised at the comment and watched him getting into his 3-wheeler and driving away.

The Police officers at Cinnamon Gardens police station were kind, and went out of their way to make us comfortable and help us. We got the impression that they did not approve of either ministers or aggressive alleged MSD officers abusing laws. One commented, “what would have happened if this had happened to a poor man?” Ordinary officers were clearly annoyed at the pressure being exerted from above.

The minister’s front seat passenger acted as the minister’s emissary, arriving at Cinnamon Gardens police station. He seemed very keen to get Boteju off the hook. “He is a driver”, I was told, and “he is ready to apologise”. “The minister will come soon after his meeting.”

During this process another police officer walked in.

He said that the OIC at the police station had instructed that we be held till the minister returned from his busy meeting to which he had rushed from the scene of the accident.

We informed the Cinnamon Gardens OIC that we don’t wait for ministers and walked out after making the police entries.

The police claimed that they would arrange a meeting for a settlement. We are not holding our breath.

The video security cameras of Her Majesty’s High Commission in Colombo would have recorded the whole incident.
IS