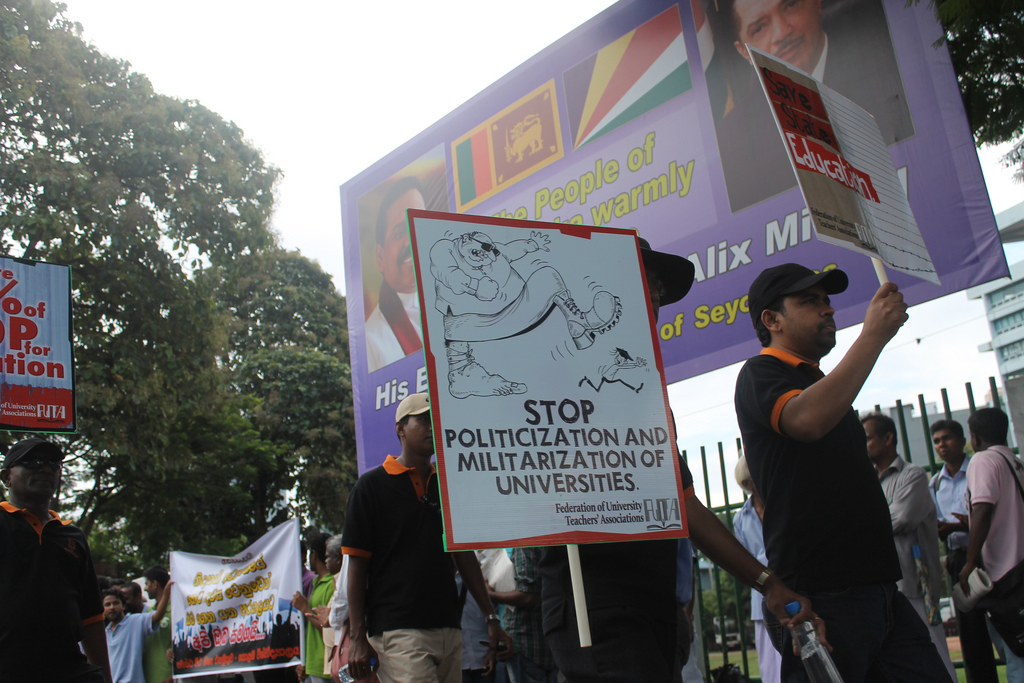 MA Sumanthiran M.P.
For many persons of Sri Lanka, survival is daily struggle. In Mullaitivu fishermen aren’t allowed to fish. In Kilinochchi, homemakers and housewives are displaced from their homes and houses; In Kanguveli farmers are denied access to their farms.

It is easy to recognize this coerced decay of livelihood. Because Government abuse is most conspicuous in these areas, we trace our communal dissatisfaction to pigeonholed problems in the North and East.
Post-War politics is then consigned to finding an answer to the ever-festering ‘Tamil problem’, masking the more subtle scents of decay emanating from the deepest foundations of the Sri Lankan polity and wafting over the entire Island.

An examination of ‘quality of life’ while often used to compare one local to another is also useful as a means of communal introspection. In basic terms, ‘quality of life’ is a qualitative description of the life of denizen based on the characteristics of his civil, domestic circumstance.

These characteristics are grouped into categories and graded on a sliding scale based on certain indicators. Three categories in particular are central to any consideration of quality of life: the education system, the socio-political structure, and the economy.

Education
Of primary consideration to the Sri Lankan populace is the prioritization of quality education. Nation-wide protests and strikes by professors and students alike communicate in no uncertain terms that Sri Lankans are not content with the current status of education.

With FUTA planning a protest march from Kandy to Galle and more protests set for later this month, the issue of education is one that has eclipsed the ethnic divide that was once our sole defining political demarcation. In addition to budgetary objections, concerns have been raised in regards to the military occupying schools. Additional schools located in High Security Zones are rendered inoperative through military obstruction.

Through continued abuse of the education system the government has diminished the quality of life for all Sri Lankans. The effects of this abuse will carry into the future as we are confronted with the consequences of a marginalized youth.

Political and Social Environment
The Quality of Life of a citizen is contingent upon his relationship with his sovereign State. In a modern context, the language of ‘citizen’ itself implies some sort of participation in government that would merit a higher status than mere resident. But as the relationship between citizen and state develops, the government continually demonstrates that in Sri Lanka civil society is a one-way street.

A National Action Plan that ignores a specific recommendation by the LLRC for an independent method of investigation into alleged government misconduct demonstrates the government’s notion of equality under the law.
Every instance of government action or inaction reveals its broader character. What spurs intervention in elections and non-intervention in crime doesn’t start and stop on regional lines. Limiting personal freedom, controlling what information is disseminated and politicizing law enforcement are a few of many ways in which the government is diminishing the quality of life for all Sri Lankans.

Doing the Math
Interlocking consequences of shortsighted political goals create economic consequences that the whole country must bear. Sustaining a military deployment of 16 out of 19 army divisions in the North and East comes at a cost shared by people in the South and West.

Hijacking the tourism industry comes at both an opportunity cost (i.e. the government could be spending that money on things like education) and a cost to the displaced labor.

A necessary consequence of our Unitary State is that the effects of policy in one part of the island have reverberating consequences for all of Sri Lanka. Without the safety valves of federalism to provide regional responsibility, these effects are entirely un-mitigated. The economic mismanagement of the North and East inevitably leads to a diminished quality of life in the South and West.

While certain international norms exist, Sri Lanka’s quality of life is best considered as an internal calculus of where the country is in comparison to where it should be. This country boasts of a high literacy rate, an industrious and wholly religious though diverse people.

Where the fundamental rights to life and liberty are honored in this country, people have prospered. Sri Lanka may not be where it needs to be politically, socially, and economically, but the enduring question is, “are we headed towards our potential or away from it?”

The troubling reality is that it doesn’t matter if you are geographically situated in the North, South, East or West. The government is pulling all of Sri Lanka in the same direction – down.
DBS