Thirty sections of the 20th amendment are against democracy and freedom of expression – Ermiza Tegal, Attorney-at-law 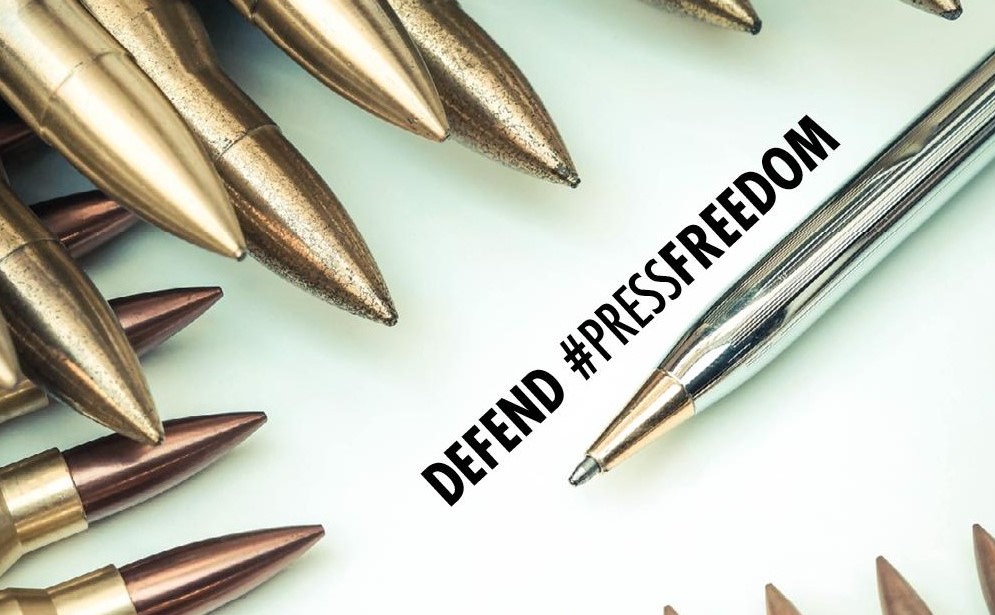 Rights activist Ms. Ermiza Tegal, Attorney-at-law, pointed out that 30 sections of the 20th amendment to the constitution are contrary to democracy while three of them directly contradict the freedom of expression. The 5th article of the 20th amendment, which is related to immunity of President from suit makes no proceedings shall be instituted or continued against the President in case of violation of civic rights. The 24th article paves the way for urgent bills, and the 20th article proposes amendments related to the Election Commission. The above-mentioned articles have a direct impact on the freedom of expression, Ermiza Tegal highlighted.

Counsel Ermiza Tegal who appeared for the petitions against the 20th amendment to the constitution revealed these facts at a discussion forum of the journalists on ‘Democracy, Freedom of Expression and the 20th Amendment’ held on 06 October 2020 at the auditorium of the Sri Lanka Press Institute in Narahenpita, Colombo. Journalists and media activists attended the forum organized by Free Media Movement (FMM).

Speaking further, Ermiza Tegal explained how the 20th amendment would impact on democracy and freedom of expression.

“The 5th article of the 20th amendment says that no proceedings shall be instituted or continued against the President in any court or tribunal in respect of anything done or omitted to be done by him either in his official or private capacity. This article removes the provisions of the 19th amendment which removed the blanket immunity the President enjoyed from legal proceedings, The actions by President that amount to the violation of the rights of a citizen can be examined before the judiciary. Legal actions by Sandya Ekneligoda against President Maithripala Sirisena concerning the presidential pardon provided to Ven Galagodaaththe Gnanasara Thero was enabled by the 19th amendment. 20th amendment to the constitution will remove this provision further empowering the President. The probability of violation of people’s rights increases when the President is granted fullest immunity from the constitution. The citizens cannot seek redress from the judiciary in such a backdrop.

According to the 24th article of the 20th amendment, the cabinet can propose a bill as an urgent one. The judiciary has to decide the constitutionality of the amendment within 24 hours, and the citizens only have 24 hours to challenge the bill in the courts. The President can extend the period up to three days, but at present, the time limit is seven days. We have to consider the fact that the urgent bills are mooted by the cabinet and not by the parliament.