There at least two grounds of appeal from the decision of the Court of Appeal in the Gotabaya R. citizenship case – Asanga Welikala 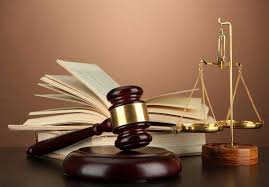 There at least two grounds of appeal from the decision of the Court of Appeal (CA) in the Gotabaya Rajapaksa citizenship case.

1. The first is that the CA, while expressly denying doing so, engaged in extensive interpretation concerning the meaning of a constitutional provision directly in dispute (ie the pre-Nineteen Amendment Article 44.

2. whereas only the Supreme Court (SC) has the sole and exclusive jurisdiction to do so.

3. Second, the CA has erred in law as to the meaning of Art 44(2), and misapplied an established line of.SC authorities from the Thirteenth to the Nineteenth Amendment Bill Determinations.

4. Fundamentally, the error stems from the failure to understand the requirements of the semi-presidential (as opposed to a pure presidential) system of government established by the 1978 Constitution (even pre-Nineteenth Amendment).

6. This fact has been recognised by the SC from Thirteenth Amendment Case onwards, and was the constitutional basis of the central argument of the Petitioners in this case that Mahinda Rajapaksa as President lacked the legal authority to act as a Minister (to grant dual citizenship to his brother) before he had constitutionally constituted the Cabinet after the 2005 presidential election.

7. After the election of a President and before the constitution of the Cabinet, the President has only limited executive powers (although ample to meet an emergency). Specifically, he cannot exercise a statutory power of a Minister before the Cabinet has been constituted. This is a necessary and imperative implication of the.. semi-presidential system. Otherwise, the possibility that the President could govern without a Cabinet is opened up – or “one man rule” as Justice Wanasundera called it in the Thirteenth Amendment Case.

8. While the CA understood this, it interpolated a reasonableness test into the operation of Art 44(2), whereby it has transformed a mandatory constitutional duty of the President to immediately constitute a Cabinet after a presidential election so that a lawful government can commence operation, into a mere directory provision that the President merely acts with reasonable speed to appoint a Cabinet.

9. This is an ill-considered and fraught interpretation of the Constitution. It exceeds the CA’s jurisdiction, it is wrong in law and fails to follow precedent, it distorts the scheme of Executive power and democratic safeguards under the 1978 Constitution, and it opens the door to authoritarianism by establishing a legal standard of reasonableness for a crucial category of presidential conduct that could be impossible to supervise. 10. For these reasons, this CA decision must be appealed so that the SC has the opportunity to correct a serious error of law and distortion of the Constitution.

Compiled from a series of Tweets by Dr Asanga Welikala, @welikalaa .