The worst judge is not merely one who is deaf, but one who also succumbs to pressure – CJ 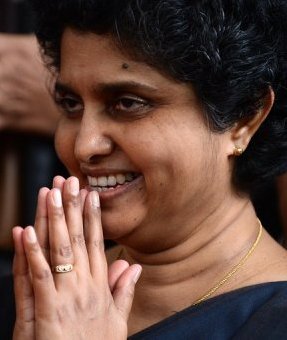 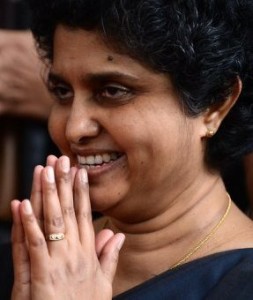 Chief Justice of the Republic of Sri Lanka Dr. Shirani Bandaranayake speech delivered at the Annual General Meeting of the Judicial Services Association hold on 21st.

This is the full text of her speech
It is indeed a great pleasure, privilege and an honour to be with you this morning. It is certainly not only due to the importance of the Annual General Meeting of the Judicial Services Association, which consists of our Magistrates and District Judges who are serving in different parts of the country. Of course I am fully aware and mindful of the significance of today’s gathering, but what I most admire is the strength and the courage that was shown by the organizers in making this event a reality amidst so many debacles thrown at them at very short notice.
The courage they mustered, the unity that was exhibited and the determination that was expressed in unison on the need of that hour had made today’s sessions a reality and had shown in no uncertain terms the true independent nature of our judiciary. The support all of you had given over a period of time on many burning issues which all of us had to face during the last few months, no doubt was the foundation for the courage, unity and the determination that was exhibited. My heartfelt congratulations go to all of you and especially to the organizing committee for not only making today’s event a reality, but also for the unity shown at this difficult hour to strengthen the independence of the judiciary.

There are several important features in this annual get together. Out of all these, what I would appreciate mostly is to see all of you together under one roof so that you as Judges would get an opportunity to meet your fellow brothers and sisters and to exchange your experiences on issues that are common to all the judges.

The theme of this year’s conference, based on the independence of the judiciary, is not only timely, but also opportune since socially, economically and historically we are at an important juncture.

The Judiciary, being one of three important pillars of the State, has a duty cast upon it to look beyond the frontiers, in its proceedings with the administration of justice. It has been increasingly acknowledged that in order to uphold the Rule of Law in a Democratic society that it is necessary to have an independent judiciary. The judicial independence could be given different definitions and could take a variety of forms, but the underlying theme would be that the Judges would act independently. Such independence is assessed for a variety of reasons, which includes public confidence, which is essential for the effectiveness of the Court system.

An independent judiciary is an essential feature for a functional democracy, where the courts are regarded as temples of justice.

The judiciary has been throughout the centuries and is the formidable protector of the rights and individual liberty of every citizen in a democracy. As all of us are fully aware the three branches of Government, that being the Executive, the Legislature and the Judiciary, rest upon the basic and the firm foundation of the Rule of Law. It is therefore an unwritten law that if the Rule of Law is not observed, the three main organs of the Government cannot function and there would be irreparable damage to the basic concepts of equality and freedom.

Therefore for the existence of an independent judiciary it is not only necessary, but would be essential to ensure that the basic principles of Rule of Law should be observed at every level to all citizens on an equal basis. In order to guarantee that there is strict observance of the Rule of Law, it is necessary that a fair hearing is given to every citizen, who is called upon to defend himself before a Tribunal on matters affecting his rights. These are not new concepts, which had emerged overnight nor are they just theories, which had been said without any basis.

For centuries, our Judiciary had been held in high esteem. Such prestige had not been earned overnight, but gradually garnered through the decades due to the cumulative effect of high traditions, hard work and the desire to uphold the independence of the judiciary. Our Judges of yester years had jealously guarded their fierce independence and several instances could be quoted in this regard. Particular reference had been made to the Supreme Court praising its independence.

There were those who sat where you sit today and there would be many more that would do so in the years to come. However, the common thread that binds us here today is the fact that we are all judges.

As Judges we have a heavy burden placed upon our shoulders in discharging our duties to the society. We should always act within the framework of the adversarial process, established by law. Under no circumstances a Judge could abbreviate or change the critical aspects of the adversary process established by our Constitution. In doing so, as has been summed up by the National Judicial College of the USA, a Judge should possess several important qualities for him to carry out his duties. A Judge should be in a position to assure without being offensive, firm but fair, not yielding to every request, but yielding to some, calm under pressure, moving the case or calendar, but not shoving people, listening, inquisitive without being obnoxious, firm, but not abusive, diligent and intelligent without being arrogant. Of course, it goes without saying, sitting judges should never get involved in politics.

These principles stand as testament to the paramount importance of giving a fair trial to an accused, which in its self is a stalwart cornerstone of our Constitution. No person’s rights will be infringed without a fair trial before an impartial and independent tribunal operating according to fair procedure.

We are all aware of the proverbial legal maxim; justice should not only be done, but should manifestly and undoubtedly be seen to be done. The robes we don, the traditions and principles we live by are but all akin to the proliferation of the latter. Fairness in dispensing of justice is the foundation upon which trust has been established upon our noble profession amidst society.

It is upon this basis that we presume a person to be innocent until he is proved guilty. Article 13(3) of our Constitution clearly states that any person charged with an offence shall be entitled to be heard at a fair trial by a competent court. In order to ensure that justice is meted out, the judges must be able to carry out their functions in the calmness, serenity and safety, which are necessary for their independence.

In 1867 Walter Bagehot commented that, the worst judge is a deaf judge. I believe it is apt to amend his sentiment in relation to this crucial judicial and socio-economic juncture of our country.

The worst judge is not merely one who is deaf, but one who also succumbs to pressure. It is as much the responsibility of the judge to stand above it, without any fear or favour as it is the responsibility of the Legislature, the Executive and the society at large to ensure that they are capable of discharging their constitutional duties without undue adverse intimidation.

I have the fullest confidence that our Judges have the ability to stand firm and stand strong. Duty before self and Justice before all.