The truth and torture of commissions and omissions 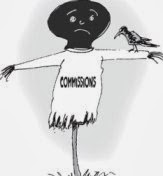 This country has known commissions.  There have been commissions of inquiry and commissions of the taking kind, kick-backs in other words.  There have been omissions too of various kinds.  We’ve had leaders who didn’t know or didn’t care to do the stitch-in-time. There have been governments that opted for never, rather than late.  Commissions have resulted from omissions. Commissions, paradoxically, have also been marked by omissions; exercises in futility have they been for the most part.
This is why the talk about a truth commission on the lines of South Africa’s post-apartheid instrument of reconciliation,  has the potential to be the Mother of all Omissions.  Simply put, commissions, for all they’ve unearthed and recommended, have come to be viewed with suspicion if not outright incredulity.  Deceit is the word that goes with such bodies.

There’s a pattern to the instituting of commissions in this country. First there is articulated grievance.  Then there’s complaint that the mechanisms capable of addressing the same are non-existent or malfunctioning.  There is agitation.  Then, if agitation threatens to grow and spill over into other spheres, we get commissions, sometimes helped by the fact that governments need headache relief from incessant badgering by certain sections of the international community less interested in the suffering than in furthering nefarious political agenda.  Commissions sit.  Commissions dent agitation and lull the agitator.  Sometimes they produce reports and recommendations, and even then, after deliberations so lengthy that other issues and incidents have caused new suffering and new agitation.

How should the nation, then, respond to the ‘truth commission’ that has been mooted?  Should the noise be taken as a calculated move designed to deflect some of the invective, anticipated from the likes of David Cameron at CHOGM 2013?  Is this also why Prathiba Mahanamahewa of the Human Rights Commission of Sri Lanka announced that a ‘Torture Commission’ would be set up?  Should we talk about this particular commission as the supreme insult or irony given the tortuous nature of commissions that came before?

First of all, if we need so many commissions, it could mean that the regular mechanisms for articulating and addressing grievances are woefully inadequate.    Secondly, ‘commissions’ have become convenient tools to deal with objection; whenever things threaten to get out of hand governments can come up with a commission, much like a conjuror producing a rabbit out of a hat.
The tragedy is that some commissions do have mandates which, if followed to the last letter, can offer redress and more importantly show mechanisms that can prevent the recurrence of similar problems.

Both the Truth and Reconciliation Commission, dreamed up just before CHOGM 2013 got under way, and the mechanism to investigate torture mooted by the Human Rights Commission have immense potential.  Let those who want to vilify the regime say it was international pressure that forced the government to talk about these mechanisms; the more important point is that they both constitute excellent opportunities to develop sustainable mechanisms that expand the democratic space and make citizenship in this country more meaningful.

But if, on the other hand, these go the way of other commissions, then this will be the end of ‘commissioning’ for the simple reason that the one is about truth and the other reminds us of the unnecessary torture associated with commissions in this country.