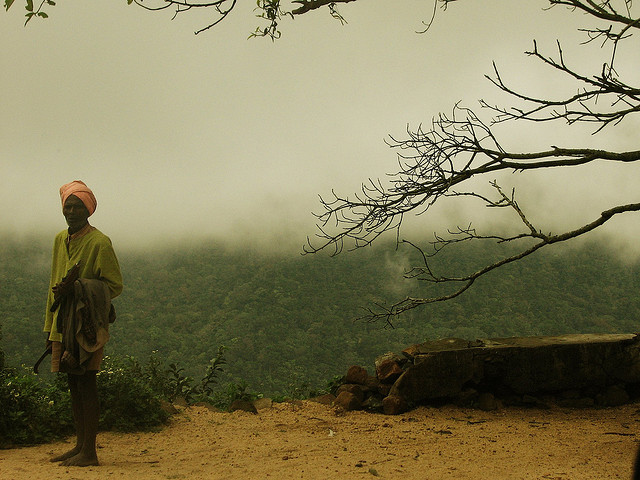 The TNA Position on the Prevailing Stalemate regarding the Parliamentary Select Committee
M.A. Sumanthiran M.P.Today the most important question that is being asked of the TNA is “Why are you not joining the PSC?” This seems Iike a very reasonable question since the Government has quite successfully carried on a campaign to convince everyone that the only reason why a political settlement cannot be reached is because the TNA is being obstinate and is refusing to join this very democratic process of the PSC that has been initiated by the Government.

We owe it to the people of this country to explain the actual reason for the present stalemate in the talks between the TNA and the Government. For this a recollection of events from the beginning of the year 2010 is necessary:
It must be remembered that President Rajapakse did not win in the North and the East, although he got a clear mandate form the rest of the seven provinces at the Presidential Election held in January 2010. In fact he did not win in Nuwara Eliya District and Colombo Municipal limits. Basically his mandate was only from the Sinhala majority of this country. A telling result, after he claimed to have freed the Tamil People from the clutches of terrorism!

(1) Resettlement and Rehabilitation of the Internally Displaced Persons, (2) the removal of High Security Zones and disarming of para-military forces operating in the North and East and (3) the issue of political prisoners and detainees.

The resettlement process continues to be snail-paced with several thousands still in the camps and many more tens of thousands in transit camps and with friends and relatives. Even those who have been permitted to return to their original places, are without proper shelter and are unable to recommence their livelihood activities, resulting in there being no qualitative improvement in the lives of these people. Although some progress has been made in the Palaly High Security Zone area, several other areas in the North including Sampur in the East continue to be prohibited zones for the civilians. Even in Palaly, now a long barbed-wire fence has been erected across the peninsula, physically preventing the resettlement of about twenty eight thousand people who have been displaced for over twenty six years. Para-military personnel continue to operate with impunity causing abductions, demanding ransom and even carrying out killings.

This is acknowledged by the Government in the recent Action Plan to implement the LLRC recommendations, and the Key Performance Indicator for this to be completed is six months! The Government delegation also gave an undertaking in writing at the 2nd round of the talks on the 3rd of February 2011 that the next of kin could check if their relatives are held in detention at a specified place in Vavuniya. At least three separate dates were fixed for a representative each from the Government and TNA to go to Vavuniya and check this out, those visits were always called off by the Government and never took place. To date this has not happened and real information pertaining to the detainees continues to be withheld and denied to the next of kin.

After the end of the war in May 2009, a programme is being implemented whereby cultural and religious places in the Tamil areas are misused, damaged and destroyed, increased militarization and military’s intervention in civilian life, lands being allocated to persons from outside the North and East ostensibly for development purposes resulting in demographic change in the North and the East, the transformation of the cultural identity of areas in the North and the East, all of which will have irreversible evil consequences to the future well-being of the Tamil people.

In regard to a political solution the TNA placed before the Government delegation in writing at the very first meeting itself, the speech made by President Rajapakse at the inaugural meeting of the APRC and the Committee of Experts in July 2006, which was referred to in my article last Sunday, as the position that would be acceptable to the TNA. On the ivitation of the Government delegation a further outline was given at the second meeting. Again at the invitation of the Government delegation, the TNA tabled a comprehensive set of proposals at the third meeting held on the 18th of March 2011. This included proposals in regard to the structure of governance, the division of subjects and functions between the centre and the devolved units and fiscal and financial powers and other matters relevant to the achievement of an acceptable and durable political solution.

The TNA invited the Government’s response to these proposals and despite the Government’s commitment to so respond, no response was forthcoming for several months. Consequently no meaningful or purposeful discussion could be held on the discussion papers tendered by the TNA. This was clearly demonstrative of the lack of a genuine commitment on the part of the Government to the evolution of an acceptable political solution. While attempting to show the world that the Government was engaged in a political process as an integral part of reconciliation, what the Government was really engaged in was no more than a deceitful exercise. It was in these circumstances that the TNA questioned the continuance of such a deceitful process.

The TNA therefore called upon the government to meaningfully define and state the Government’s response to three issues:1. The structure of governance, 2. The division of subjects and functions between the centre and the devolved units and 3. Fiscal and financial powers, within a period of two weeks, to carry forward any future dialogue. However, as usual, the Government went to town, accusing the TNA of behaving like the LTTE – laying down conditions and setting deadlines!

With the breakdown of the talks, the TNA leader met the President at his invitation. Two agreements were made at that meeting.

First, it was agreed to bring to the negotiating table, five previous proposals of the Government in lieu of a response by the Govnment. This agreement was recorded in the Minutes of the meeting held on 16th of September 2011 as a statement of the Leader of the TNA: “This meeting happens consequent to a meeting I had with HE. He explained the difficulty in presenting a proposal of the government in that it maybe leaked and then it will become difficult to make adjustments. I said that I appreciated this but that there are other earlier documents on the basis of which we could talk. Those are Mangala Moonesinghe PSC proposals, Governments proposal for constitutional reforms 1995, 1997 and August 2000, HE’s speech to APRC and Committee of Experts inaugural meeting and Report A of the committee of experts.

HE agreed to proceed on that basis and so there would be no necessity for the government to give their response to our paper.” The second agreement was also recorded in the same Minutes to say that once consensus was reached at the bilateral talks, which can be taken to the PSC as either the Government proposal or the joint Government -TNA proposal, the TNA would join the PSC process. On the basis of these two agreements, the TNA made its comments on the draft Terms of Reference for the PSC and the Government incorporated all of those and placed it on the Order Paper of Parliament on 10th October 2011. This was the first concession made by the TNA, after the Government went back on its promise to respond at the bilateral talks.

This is the true state of affairs with regard to the Government-TNA talks and the PSC. There is documentary proof for all of the above. Despite this the Government continues with its misinformation campaign blaming the TNA for its inability to evolve a political solution. It even has the temerity to ask the TNA to forget all of this and start afresh by walking into the PSC empty handed. That is not a bona fide invitation. That is a ruse to cheat the TNA and the Tamil People yet again. Although the Government has repeatedly given assurances to India in particular and to the international community at large that it would evolve a political solution by implementing the 13th Amendment in full and going beyond that so as to make devolution meaningful, our suspicion is that the real agenda is to repeal even the 13th Amendment! This is now proved by the utterances of the Defence Secretary. The PSC is clearly the vehicle by which the Government intends to achieve this objective. That is why the TNA has insisted on reaching an understanding prior to entering the PSC process.

Some people glibly ask the question: Isn’t the PSC a perfectly democratic process? How can you refuse to participate in a process that will bring about a solution that is acceptable to the majority of the people of this country?

These people forget that it is precisely the issue of majoritarianism that has plagued this country since independence. Simple majoritarian rule is what disempowered the numeric minorities of this country. Consider this: a section of the citizens who voted in the 1947 elections were deprived of their citizenship itself and their franchise soon after that by a democratic majority vote in the first Parliament! Subsequent to that Sinhala Only and several other legislation were all passed using this same democratic process and the will of the majority. The Tamil People were left out of the process of Constitution Making in 1972 and 1978 because they were numerically a minority.

It is this exclusion in the Nation-building process that led to alienation and a violent conflict. But if there is to be reconciliation and a new beginning, this mistake of the past must not be repeated. The TNA cannot be coaxed into the PSC with the ulterior motive of making a ‘majority decision’ there! The problem of majoritarianism cannot be solved by means of a majoritarian approach. That problem got confounded by the several unilateral abrogation of Agreements (Banda-Chelva, Dudley-Chelva) and is repeated even now. If the Government is not willing to keep the several promises it made to the TNA in the last two years, what hope is there that it will act honourably in the PSC?
DBS