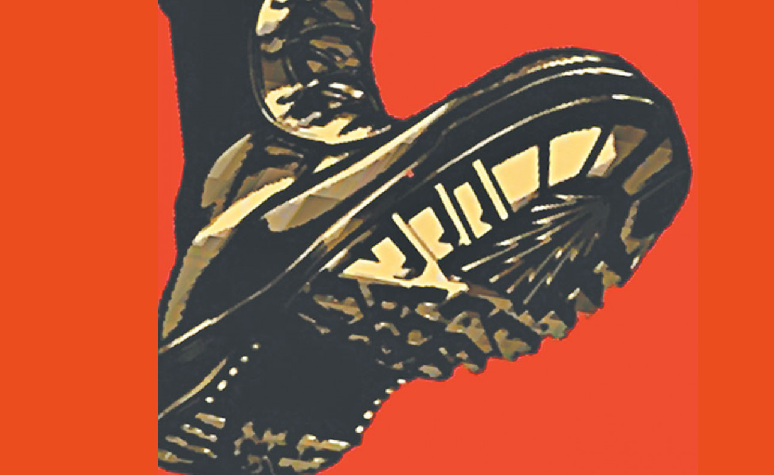 Given highly misleading justifications of the draft 20th Amendment advanced by Government Ministers, including those who profess to have some knowledge of the law and the Constitution, the record must be set straight even if that is the very least that is done.

Allegedly ‘undemocratic’ nature of the CC

The claim made by Education Minister GL Peiris to the media this week that transferring the President’s powers to make key appointments to an ‘unelected Constitutional Council (CC) is undemocratic’, falls squarely into this category of patently false explanations. This is not a new argument. On the contrary, this claim has been regularly trotted out by politicians whenever the Constitution is captured by political majorities that use the electoral mandate to whitewash naked grabs for absolute power.

In law, the Supreme Court went into this question very well when it considered both the 17th (2001) and 19th (2015) Amendments to the Constitution. Very evidently, it rejected the claim of ‘transferral of powers’ from the President to the CC. That reasoning, it is of note, impacts not only on the constitutional nature of that objection but also on the allegedly ‘undemocratic’ nature of the CC that is being repeatedly drummed into our incredulous ears by spokespersons of the ruling party.

In sum, the argument presented by lawyers while objecting to the mechanism of a CC was that it impinges on the ‘sovereign power’ of the people and thereby fetters the executive power of the President. The Court disagreed. It was pointed out that the CC was a representative body, reflecting views of the diverse groups in Parliament and that its non ex-officio members were (meant to be) apolitical persons of eminence and integrity.

Only a ‘restriction’ of Presidential discretion

As such, there is only a ‘restriction’ in the exercise of the discretion hitherto vested in the President. That ‘restriction’ would not be an erosion of the executive power of the President, thereby offending Article 3 read with Article 4(b) of the Constitution. The Court indeed, went further. It pointed out that the purpose and object of the CC is to impose safeguards in respect of the exercising of the President’s discretion and to ensure the ‘propriety’ of appointments made by him to important offices in the executive, the judiciary and to the independent Commissions. In fact, it sets out a salutary framework in which these appointments will be made.

In respect moreover of the clause that called upon the President to obtain the views of the Chief Justice and others in appointing judges of the superior courts (which constitutional duty is now taken away by the draft 20th Amendment), the Supreme Court observed that,  ‘seeking the views of different stakeholders can in no way be offensive to the exercise of the powers of appointment… a consultative process will only enhance the quality of the appointments concerned.’ (vide Supreme Court Determination on the 19th Amendment Bill, April 2015).

Ironically, the Bench of the Court in deciding that the replacement of the CC with a Parliamentary Council by the Rajapaksa driven 18th Amendment was constitutionally proper (2010), relied on this same logic. It held that, what the CC did was not of such fundamental character as would restrain the President in his or her executive power.  Thus, bringing in a Council which had only the power to make non-binding observations in respect of presidential appointments amounted to a mere ‘redefining’ of the restrictions placed on the President by the CC and as such, the abolition of the CC was constitutional.

All this is testimony to the fact that our Constitution is made to swing like a yo-yo to the whim and fancy of whatever the political move of the day. More pointedly, it makes nonsense of the oft repeated cries by the Government that the 19th Amendment’s CC set up a competing power centre to the President, thus making governance impossible. That is a barefaced lie. The competing power centres here arose in the political struggle between the two bitterly opposed leaders of the SLFP and the UNP with the 19th Amendment falling between the two equally ineffective stools of the Office of the President and the Office of the Prime Minister.

That must not be confused with the CC as a salutary constitutional safeguard. In truth, propagandists who mix up the concept of the CC in theory with practical of deficiencies of the CC in functioning must be roundly told off for indulging in disgraceful circus tricks. Under the 17th Amendment, the majority of the CC included distinguished lawyers and judges who endeavored to bring apolitical balance to the prejudiced decision making of politicians. By that very fact, the 17th Amendment’s CC was short-lived.

Let us remember also that this experiment was crippled by a consensus of the political establishment which included all the parties, the UNP and the JVP along with the Kumaratunga led SLFP. That undermining of the first CC was only taken to its logical ends by the Rajapaksa (the First) Presidency. This collusion between the Government and the Opposition of the day to whittle down constitutional restrictions on political power was conveniently forgotten when blind faith was reposed in the Sirisena-Wickremesinghe ‘yahapalanaya’ administration to ‘deliver’ on the Constitution.

Under the 19th Amendment, that majority was reduced to a minority. The decisions of this CC were not uniformly wise as seen by its much critiqued appointment of an Inspector General of Police who was not fit to hold that office. Perhaps also, the functioning of some of the bodies to which members were recommended to be appointed by the CC left much to be desired. However, the decision-making of the CC as ‘representative of the entire Parliament’ as the Court pointed out in 2001 and in 2015, was harmonious. There were no public dissents registered.

But a more publicly accountable process regarding which warnings were sounded very early on in 2015, including in these column spaces, would have saved the CC much grief later. The CC may have taken better heed of the ancient Roman (albeit sexist) warning that ‘Ceasar’s wife should not only be above suspicion but must be seen to be above suspicion as well.’ Predictably, as the ‘yahapalanaya’ coalition splintered, poisonous arrows of the Pohottuwa, now in Government, found an easy target in the CC. This was how the propaganda campaign for the demolition of constitutional checks and balances was meticulously planned and executed to military precision, resulting in what we now have before us, the draft 20th Amendment to the Constitution. Behind this draft Amendment, power hungry motives predominate notwithstanding protests that the ‘people wanted this’ through their votes in 2019 and 2020.

What the people wanted was an end to the ceaseless kindergarten bickering between a Prime Minister and a President resulting in a breakdown in government and the security of the nation. What was called for was governance with democratic checks and balances, not the concentration of power in one individual. As presented in Parliament this Tuesday, the draft 20th Amendment is a surgically lethal strike to the democratic heart of Sri Lanka. Its proponents cannot shrug away the historic responsibility laid on them in this regard by hiding behind false and contemptible claims.

Let that be categorically said.