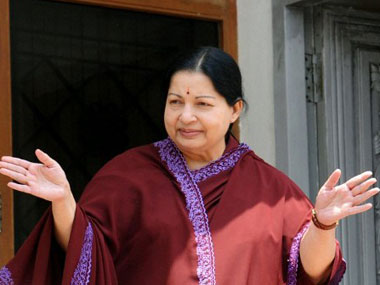 Gulbin Sultana/Institute of Defence studies and Analyses
The much-talked about Tamil Nadu factor in India-Sri Lanka relations has come to the fore recently again in the wake of strong reactions of the provincial government to the training of two Sri Lankan defence personnel in the state in August 2012. This has, in fact, become an issue of contention between Tamil Nadu and the Central Government. The later was seen to be stoutly defending its policy of providing training to Lankan defence forces, while the former stuck to its stance over the issue. Tamil Nadu has particularly hardened its position on Sri Lanka after the reports of large scale human rights abuses by Lankan forces appeared in the media following the defeat of LTTE in May 2009.

On August 28, responding to the protest by J. Jayalalitha, the Chief Minister of the state, Pallam Raju, the Deputy Defence Minister at the centre, stated that Sri Lanka was a friendly state and India would continue to train Defence personnel from Sri Lanka. Almost all political parties from Tamil Nadu reacted strongly to the Deputy Defence Minister’s comment. Jayalalitha re-iterated that the Government of India should give up such a “condemnable attitude and show more consideration and regard for the sentiments of the people of Tamil Nadu by sending the Defence personnel back to Sri Lanka”.

M Karunanidhi, the chief of the DMK party, now in opposition in the state and a coalition partner at the centre, also urged the prime minister to intervene in the matter and said that Sri Lanka could not be considered a friendly state when it was developing close strategic ties with China. He also reportedly added that the Sri Lanka’s Armed Forces had set up bases in places such as Palaly, Karainagar, Vavuniya, Killinochi, Mannar, Thallady and Elephant Pass in the northern province with Chinese assistance, and the Chinese Defence Minister Liang Guanglie was visiting the country to discuss these issues with the Lankan government.

Both Jaylalitha and Karunanidhi seem to be competing with each other to harness pro-Tamil sentiments in the state. Recently Karunanidhi organised the Tamil Eelam supporters Organisation (TESO)1 conference on August 12, 2012. It was reported in the media that Jayalalitha tried her best to stop it, but ultimately she was forced to allow Karunanidhi to go ahead with the conference, when the High Court stayed the ban order issued by the local police. One of the resolutions adopted during the conference condemned AIDMK Government for causing inconvenience to the organisers and for having an anti-Tamil Eezham attitude.2

Not to be outdone, Jayalalitha went one step forward in demonstrating her distaste for the central government’s policy of bettering relationship with Sri Lanka. Her government forced the Sri Lankan football team, which had come to play in Chennai and a group of 184 Catholic pilgrims to go back to Sri Lanka. She even went to the extent of suspending the officer of Chennai’s Jawaharlal Nehru indoor stadium, who allowed the team to play the match.

It is worth recalling here that a month earlier, in July 2012, the central government was pressurised by various political parties in Tamil Nadu to shift nine Sri Lankan Air Force officers who visited India for a nine-month training programme as part of a bilateral agreement between the two countries, from Tambaram airbase in Tamil Nadu to Yelahanka Air Force Station in Bengaluru, Karnataka. Jaylalitha had commented then that training Lankan forces in Tamil Nadu, was not only “inappropriate, but anti-Tamil”, and that “the news of Sri Lanka Air Force personnel (coming) for nine months’ training at the Tambaram air force station (near here) is like piercing (our) heart with a spear”.3 She also requested the centre not to encourage visits of Sri Lankan VIPs to the state.

In July last year, Government had to cancel a similar programme to train 25 Sri Lankan soldiers at the Defence Service Staff College at Wellington following the demonstration by various groups in the state.

There is no doubt that training of Lankan soldiers is a sensitive issue in Tamil Nadu and no political party worth the name in the state can afford to ignore popular sentiments. Cutting across party lines, there is tremendous antipathy towards the Lankan government, especially over the issue of army excesses and human rights violations during the war against the LTTE. In fact, last year, the state legislature had moved a resolution to impose sanctions on Sri Lanka because it had committed war crimes. It is natural, therefore, that every political party in the state would try to capitalise on the pervasive feeling of resentment against the Lankan government and demonstrate its sympathies for fellow Tamils across the straits.

But reasoned observers in the state need to analyse what implications it would have for Tamils in Sri Lanka. Will these protests solve the Tamil problem in Sri Lanka? It is important to understand that by severing links with Sri Lanka, India may lose whatever leverage it has with the Lankan government and will be in position to influence a political solution acceptable to the Tamils there. India can only influence Lankan policies by making itself so important for Sri Lanka that it cannot afford to ignore India’s concern. And that is possible only through engagement. As far as providing training to the Lankan defence personnel is concerned, this is an important means to engage Sri Lanka. If Tamil Nadu is sensitive to this issue, the central government should find a way of continuing these programmes elsewhere in the country.

This does not mean, however, that India should not express its concerns about the plights of the Tamil people in Sri Lanka, and also over issues of human rights violation. India did express its displeasure with the Lankan government by voting for the US sponsored resolution during the 19th session of UNHRC in March 2012. Along with Spain and Benin, as co-rapporteurs, India has been tasked with the job of assessing Sri Lanka’s human rights performance at the Universal Periodic Review (UPR) in November 2012. While India can take up these issues at multilateral level there is no need to allow these issues to affect India’s bilateral engagement with the country.

It is interesting to find the Lankan Tamil leaders4 and the Tamil diaspora abroad (based on personal interactions with some of them) too critical of the political game played between Karunanidhi and Jayalalitha over the Tamil question. They believe that such political showmanship would neither improve the lot of the Lankan Tamils nor act as a deterrent for Lankan government’s approach to the Tamil issue. Even in India, and more so in Tamil Nadu, some people have started expressing their concerns about the adverse effects of anti-Sri Lanka campaign on business, trade and tourism between Tamil Nadu and Sri Lanka. The Tamil Nadu Chamber of Commerce and Industry (TNCCI) has appealed to the Lankan government to withdraw the travel advisory it has issued recently asking tourists from Sri Lanka to be cautious about their visit to Tamil Nadu in view of the recent attacks on the pilgrims. It has urged the central governments to provide security to Lankan tourists in future. The TNCCI is also sending a 50-member delegation to Colombo to discuss issues related to trade and investment with their counterparts in Sri Lanka.

If Tamil Nadu politicians do not want India to have any kind of engagement with Sri Lanka, they should not also bother about its growing relations with China. It is true that on many occasions India’s friendly gesture towards Sri Lanka was not reciprocated. But so is case with some other neighbouring countries despite India’s efforts to build trust with them.

In a democracy, domestic factors have their inevitable influence on foreign policy. India as a democratic country has to be responsive to the genuine demands and concerns of its citizens, and it should also be mindful of the political dynamics operating at the provincial level. However, domestic factors should not be allowed to inhibit processes of engagement with neighbours and complicate bilateral relationships.
============
1. A once defunct organisation founded by Karunanidhi, TESO was revived by him again recently and its first meet was held Chennai on August 12, 2012.
2. Resolution 14 of the conference says, “The A.D.M.K. and A.D.M.K. Administrators have always been hostile to the problem of Sri Lankan Tamils. Continuing this tendency, a series of difficulties were caused to stop the Conference and permission was refused through the Police Department to the Conference which we proposed to hold in Chennai for the protection of rights of Eezham Tamils and in which a number of dignitaries from various countries including Sri Lanka were to participate. A situation was thus created forcing us to go to the Court to obtain permission for the Conference. This Conference strongly condemns the anti-Tamil Eezham attitude of the ADMK Government.”
3. http://www.newstrackindia.com/newsdetails/2012/07/06/273–India-to-send-back-Sri-Lanka-Air-Force-personnel-.html
4. An important functionary of Illankai Tamil Ararasu Kachchi told The Hindu, ““We have to be mindful of the way our issue is looked at in Tamil Nadu. It is entangled with local party politics and we have to play accordingly.” For details see Balachandran, P K, “Sri Lankan Tamil parties wary about attending TESO meet”, The Hindu, August 6, 2012 at http://newindianexpress.com/states/tamil_nadu/article583747.ece.
ISDA
photo: First Post Politics