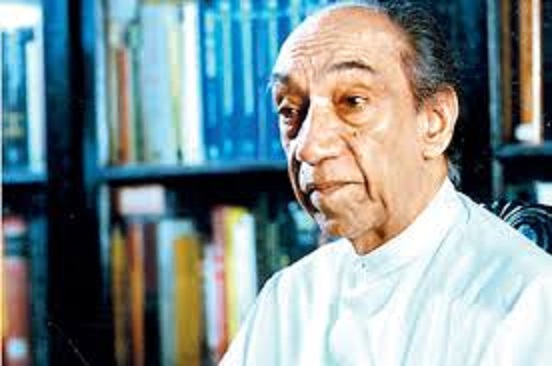 I write this piece in great sadness. But I must because if I do not, I feel I would failing in my duty as an former policeman.

Independence of the Police

I am sad for the independence of the Police, Independent Police Commission and the newly elected President Gotabhaya Rajapaksa. We were watching his first steps as President with great admiration which even won the appreciation of many of his adversaries too. I am sad for him because this move appears to be the first botch in his impeccable record as President so far. After all he is human. To err is human.

I am sad for the Independent Police Commission because they appear to have meekly surrendered to political dictates in this instance. We are disappointed because they seem to have compromised their independence to ensure which that institution was created. Of course, we have to concede that they contributed to ensure an even playing field by not permitting the usual politically initiated pre-election transfers of OICs. But in hind sight, it may be more due to the fiercely independent Election Commission. Thus, in this instance the Independent Police Commission has failed the Police and also let down the public with whose funds they are maintained. Had they resisted the presidential dictate they may have lost their jobs. Well, that is the risk of their jobs! This Commission was not created to be another rubber stamp for the government. On the contrary they were expected to be the mechanism to insulate the police from political interference in their work.

The tragedy in this drama is the fact that independence of the police essentially is that an environment must be created that no police officer should entertain the fear in performing his job that any adverse consequences would entail to himself or his family, when he acts professionally and according to his conscience. In this context the lack of such environment is seen in that Chief Inspector Nishsantha de Silva had felt the necessity to flee the country with his family probably in fear of reprisals. We do not know whether he had abused his independence. The speed with which he was able to organise this ‘escape’ suggests he may have compromised his integrity as a police officer. In this regard, the feeling of immunity enjoyed by the London cop who detected Princess Margret for a traffic offence or the Australian cop who once detected an Aussie Prime Minister for a traffic offence is ideal. In fact the PM was derided for asking the detecting officer, “Do you know who I am?”

Of course we should concede the fact that unbridled independence of the police does not mean an independence to abuse such freedom. On the other hand, it casts an onerous responsibility on police officers to be impartial particularly in matters pertaining to politically sensitive investigations. It calls for a high degree of professionalism and integrity, which cannot be compromised. On the other hand, if you put them in a straitjacket merely because they are politically sensitive investigations, it will constrict their space that will emasculate their vitality. That is why we need a skilled CID.

We have known Shani Abeysekera as a tenacious investigator who has several successful difficult criminal investigations to his credit. Of course we do not know to what extent his conduct has been ethical and correct. That is a matter for investigation if in doubt. However let us not forget “Audi alteram partem” – “Listen to the other side/let the other side be heard as well”. For, our conduct as police officers in these matters should be open for examination any time. After all we are performing a public function with powers derived from the very public. Thus accountability is inbuilt.

President Gotabhaya is reported to have said that Shani has been arbitrary. One might legitimately ask whether moving him out no sooner than he assumed power too could not be called ‘arbitrary’. Nobody in public life could act arbitrarily. If there is reason to believe that Abeysekera had done things arbitrarily there are legitimate ways of dealing with that. That includes him being given a chance to explain his conduct in a given situation. Also there is a responsibility cast on his supervising officers too as to why he was not restrained and corrected if he was violating the expected norms.

However. I have noticed that in later times the CID investigation technique has undergone some change. They seem to arrest the suspects first and then commence with their interrogation to elicit the necessary evidence from them. This may be to show quick results. In our time we painstakingly collected the necessary evidence first and it is when we are satisfied that we have built a good case that we invite the suspects and record his statement confronting him with the allegations. We might even release him and mount a tail on him and thereafter pick him up again. Sometimes we might even confront two suspects under controlled conditions, to verify the truth of their positions. All this had to be done this way because at that time, we had only 24 hours after arrest to do all this. Besides, we did not have the facility of the PTA law then to give us some space. Also, then we did not give or leak information to the Press on the status of the inquiry. We included minimum information in the B Reports, to prevent the Press from picking up information from them. This was to prevent the other accused and witnesses from building up their own stories. Besides, the CID was a nameless organization. Its individual members came to be known only when they got into the witness box. This is why the CID was feared then.

An almost identical situation occurred when governments changed in 1977. Mr. Tyrrel Gunatilleke, the then Director CID was overnight transferred after 30 years in the CID, as Director Crime Detection Bureau of Colombo. I who was his no.2 was transferred as SP Galle Division, Mr. P.V. W. de Silva ASP and ASP Rodney Aluwihare to Police HQ as super numeraries. Inspector V.W. P. Seneviratne (later DIG) was sent to Police Field Force HQ as a super numerary.

Tyrell Gunatilleke headed all the controversial investigations then. They included large scale Foreign Exchange violations which angered many who in the Colombo upper classes who were considered sacred cows who had freely committed Exchange violations till then. They were all duly convicted. The uniformed police was angry with the CID because they were made to Investigate by the Police HQ an allegation against the Negombo Police where the entire chain of command was found to be involved in a fraud after detecting a large haul of smuggled wristwatches. The army was angry with the CID because they successfully investigated the Kataragama beauty queen Premawathi Manamperi murder case where some army officers were the accused.

I too had committed many ‘sins’ when I had to record the statement twice of Mr. J. R. Jayewardene then Leader of the Opposition. On the second occasion he feared that he may be even remanded. I had also occasion to record the statement of Mr. Cyril Mathew, who later became a Minister. But my cardinal ‘sin’ was that I headed the investigation of conspiracy to throw acid, against late Lalith Athulathmudali, knowing very well that he would become a Minister in the next government. Inspector Seneviratne was the main investigator. In this case, the Attorney General ruled that there was no sufficient evidence against Athulathmudali while the others could stand trial. They pleaded guilty.

JRJ was so angry that he threatened to bring the Fourth Floor to the ground floor! Meanwhile, Tyrrel Gunatilleke crowned himself with glory when he successfully had got a difficult investigation done by some very ordinary officers of the Colombo CDB in the Mathew Peiris case, where the Sri Lanka Police earned immense credit. Later, JRJ entrusted him with the investigation against Vijaya Kumaratunga in the notorious ‘Naxalite’ case, where he reported that no offence had been revealed.

In this case Vijaya insisted that his word of praise of the investigating officer, be included at the conclusion of his statement.

Luckily for us, J RJ appointed a Special Presidential Commission to investigate our conduct. But his main objective was to have Mrs. Sirimavo Banaranaike, Felix Dias Bandaranaike and Dr. Nihal Jayawickrame disenfranchised, to get them out of the way. A team of lawyers from the AG’s office poured over our CID files and found that we had committed no offence, but used material in our files to charge the big three for abuse of authority and were convicted.

Mr. A.C. (Bunty) de Zoysa in his opening address charged that we had kept Mr. Lalith Athulathmudali on the Fourth Floor overnight to be eaten by rats! However, they did not charge us for misconduct in this case because if they had done so it would have brought out damning evidence against Athulathmudali. When I got into the witness box Mr. S. Nadesan told court, “I have no questions to ask Mr. Gunawardane”.

Mr. Tyrrel Gunatilleke was cross-examined by Mr. Nadesan for 27 days tenaciously. Their confrontation was like a boxing bout between two champion boxers. Mr. Gunatilleke came out unscathed. The two became lifelong friends thereafter. His withheld promotion to the rank of DIG was then given. He often quoted the saying: “Finest steel must go through the hottest fire”.